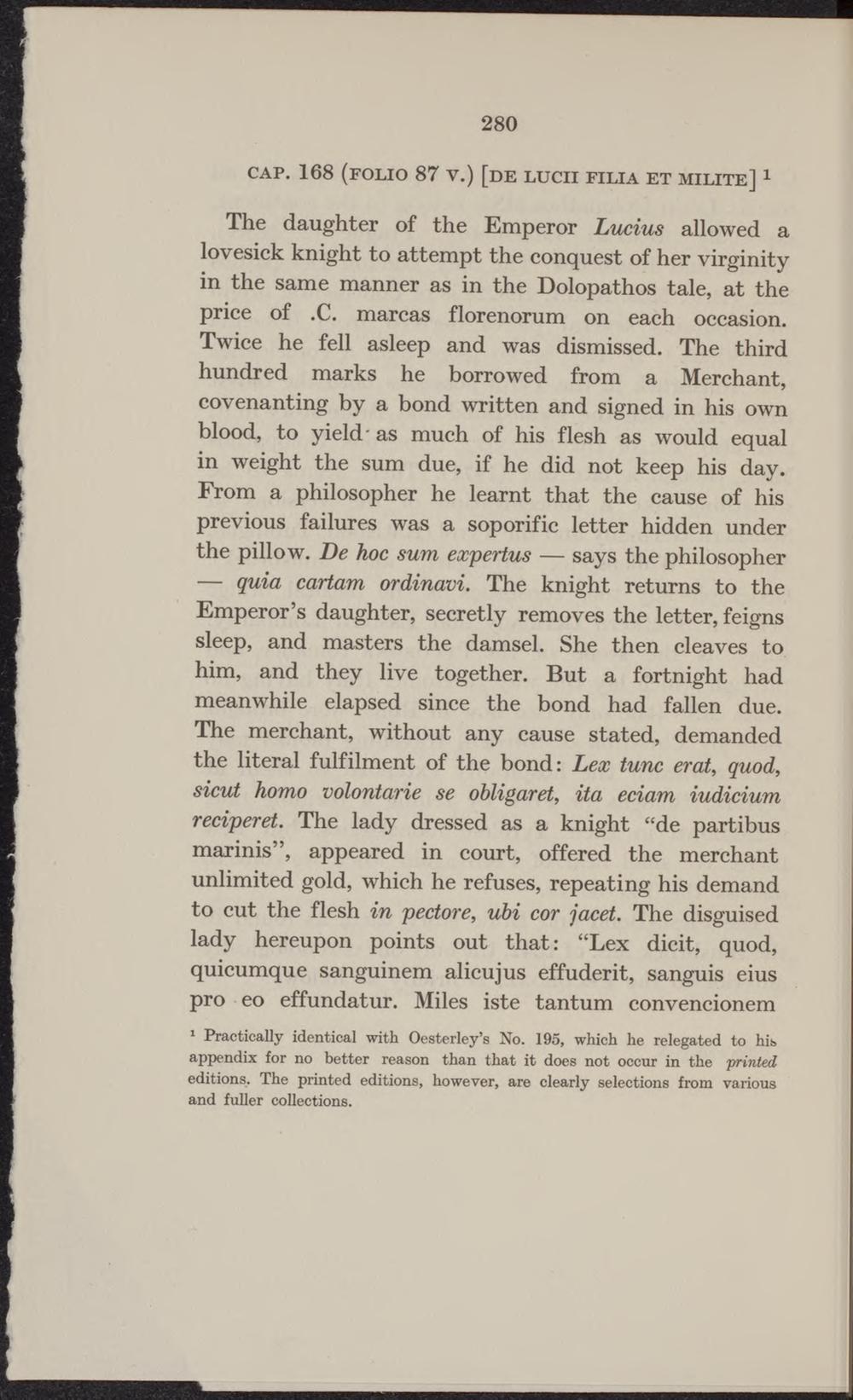 The daughter of the Emperor Lucius allowed a lovesick knight to attempt the conquest of her virginity in the same marnier as in the Dolopathos tale, at the price of .C. marcas florenorum on each occasion. Twice he feil asleep and was dismissed. The third hundred marks he borrowed from a Merchant, covenanting by a bond written and signed in his own blood, to yield as much of his flesh as would equal in weight the sum due, if he did not keep his day. From a philosopher he learnt that the cause of his previous failures was a soporific letter hidden under the pillow. De hoe sum expertus — says the philosopher — quia cartam ordinavi. The knight returns to the Emperor's daughter, secretly removes the letter, feigns sleep, and masters the damsel. She then cleaves to him, and they live together. But a fortnight had meanwhile elapsed since the bond had fallen due. The merchant, without any cause stated, demanded the literal fulfilment of the bond: Lex tune erat, quod, sicut homo volontarie se obligaret, ita eciam iudicium reciperet. The lady dressed as a knight "de partibus marinis", appeared in court, offered the merchant unlimited gold, which he refuses, repeating his demand to cut the flesh in pectore, ubi cor jacet. The disguised lady hereupon points out that: "Lex dicit, quod, quicumque sanguinem alicujus effuderit, sanguis eius pro eo effundatur. Miles iste tantum convencionem

1 Practically identical with Oesterley's No. 195, which he relegated to his appendix for no better reason than that it does not occur in the printed editions. The printed editions, however, are clearly selections from various and fuller collections.