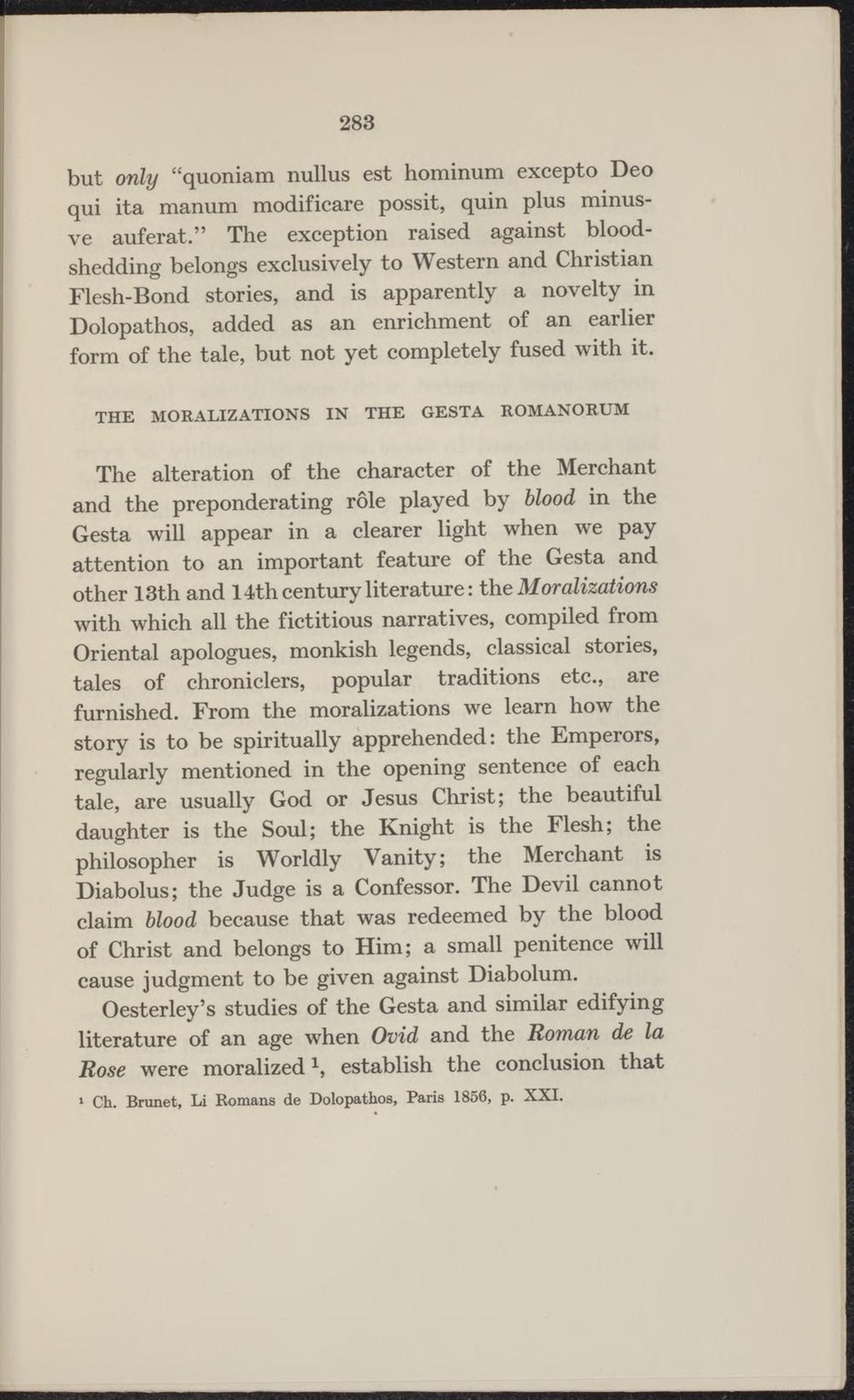 but only "quoniam nullus est hominum excepto Deo qui ita manum modificare possit, quin plus minusve auferat." The exception raised against bloodshedding belongs exclusively to Western and Christian Flesh-Bond stories, and is apparently a novelty in Dolopathos, added as an enrichment of an earlier form of the tale, but not yet completely fused with it.

THE MOBALIZATION S IN THE GESTA ROMANORUM

The alteration of the character of the Merchant and the preponderating róle played by blood in the Gesta will appear in a clearer light when we pay attention to an important feature of the Gesta and other 13th and 14th century literature: the Moralizations with which all the fictitious narratives, compiled from Oriental apologues, monkish legends, classical stories, tales of chroniclers, popular traditions etc., are furnished. From the moralizations we learn how the story is to be spiritually apprehended: the Emperors, regularly mentioned in the opening sentence of each tale, are usually God or Jesus Christ; the beautiful daughter is the Soul; the Knight is the Flesh; the philosopher is Worldly Vanity; the Merchant is Diabolus; the Judge is a Confessor. The Devil cannot claim blood because that was redeemed by the blood of Christ and belongs to Him; a small penitence will cause judgment to be given against Diabolum.

Oesterley's studies of the Gesta and similar edifying literature of an age when Ovid and the Roman de la Rose were moralized1, establish the conclusion that