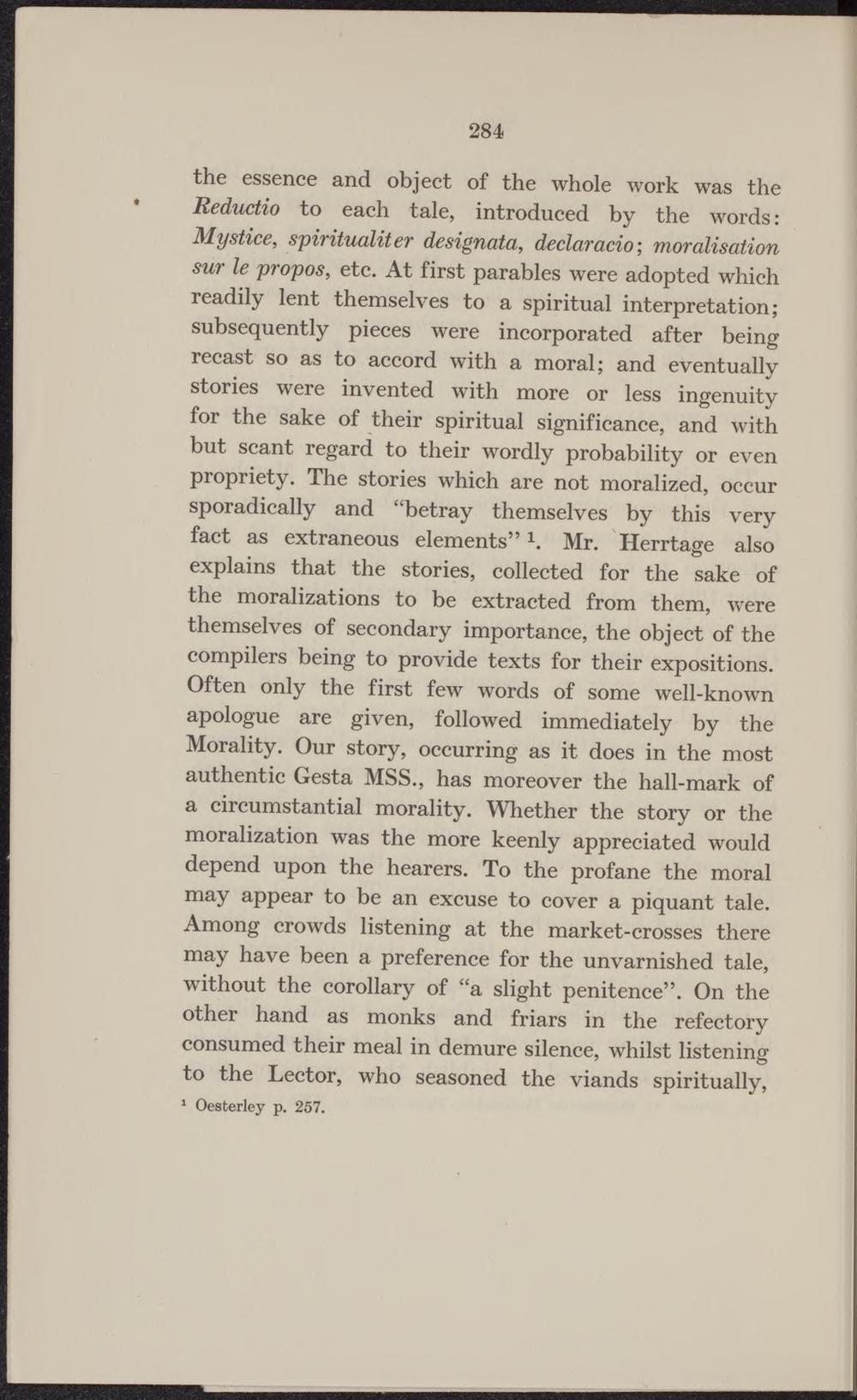 the essence and object of the whole work was the Reductie- to each tale, introduced by the words: Mystice, spiritualiter designata, declaracio; moralisation sur le propos, etc. At first parables were adopted which readily lent themselves to a spiritual interpretation; subsequently pieces were incorporated after being recast so as to accord with a moral; and eventually stories were invented with more or less ingenuity for the sake of their spiritual significance, and with but scant regard to their wordly probability or even propriety. The stories which are not moralized, occur sporadically and "betray themselves by this very fact as extraneous elements" *. Mr. Herrtage also explains that the stories, collected for the sake of the moralizations to be extracted from them, were themselves of secondary importance, the object of the compilers being to provide texts for their expositions. Often only the first few words of some well-known apologue are given, followed immediately by the Morality. Our story, occurring as it does in the most authentic Gesta MSS., has moreover the hall-mark of a circumstantial morality. Whether the story or the moralization was the more keenly appreciated would depend upon the hearers. To the profane the moral may appear to be an excuse to cover a piquant tale. Among crowds listening at the market-crosses there may have been a preference for the unvarnished tale, without the corollary of "a slight penitence". O n the other hand as monks and friars in the refectory consumed their meal in demure silence, whilst listening to the Lector, who seasoned the viands spiritually,