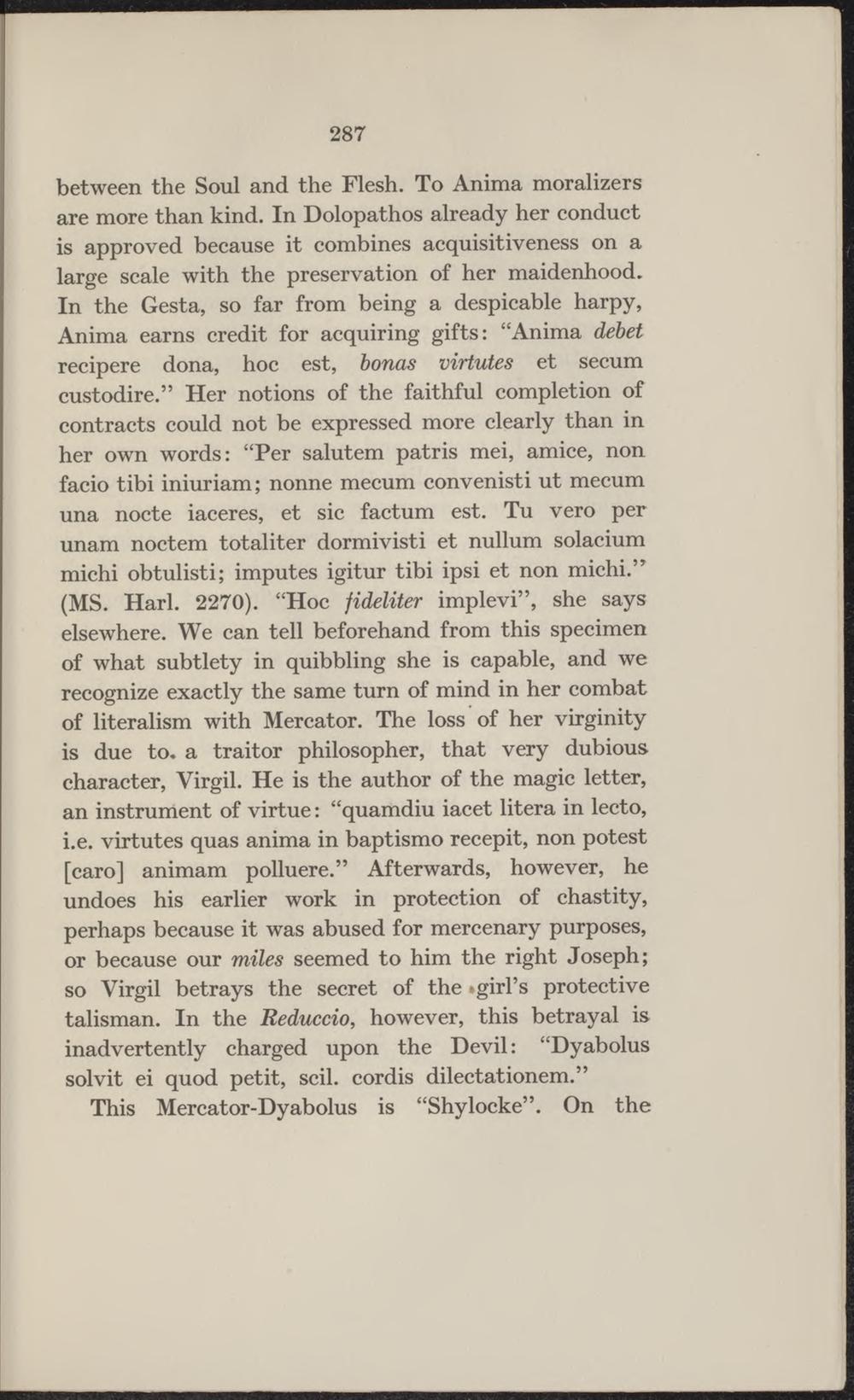 between the Soul and the Flesh. To Anima moralizers are more than kind. In Dolopathos already her conduct is approved because it combines acquisitiveness on a large scale with the preservation of her maidenhood. In the Gesta, so far from being a despicable harpy, Anima earns credit for acquiring gifts: "Anima debet recipere dona, hoe est, bonos virtutes et secum custodire." Her notions of the faithful completion of contracts could not be expressed more clearly than in her own words: "Per salutem patris mei, amice, non facio tibi iniuriam; nonne mecum convenisti ut mecum una nocte iaceres, et sic factum est. Tu vero per unam noctem totaliter dormivisti et nullum solacium michi obtulisti; imputes igitur tibi ipsi et non michi." (MS. Harl. 2270). "Hoe fideliter implevi", she says elsewhere. We can teil beforehand from this specimen of what subtlety in quibbling she is capable, and we recognize exactly the same turn of mind in her combat of literalism with Mercator. The loss of her virginity is due to. a traitor philosopher, that very dubious character, Virgil. He is the author of the magie letter, an instrument of virtue: "quamdiu iacet litera in lecto, i.e. virtutes quas anima in baptismo recepit, non potest [caro] animam polluere." Afterwards, however, he undoes his earlier work in protection of chastity, perhaps because it was abused for mercenary purposes, or because our miles seemed to him the right Joseph; so Virgil betrays the secret of the »girl's protective talisman. In the Reduccio, however, this betrayal is inadvertently charged upon the Devil: "Dyabolus solvit ei quod petit, scil. cordis dilectationem." This Mercator-Dyabolus is "Shylocke". On the