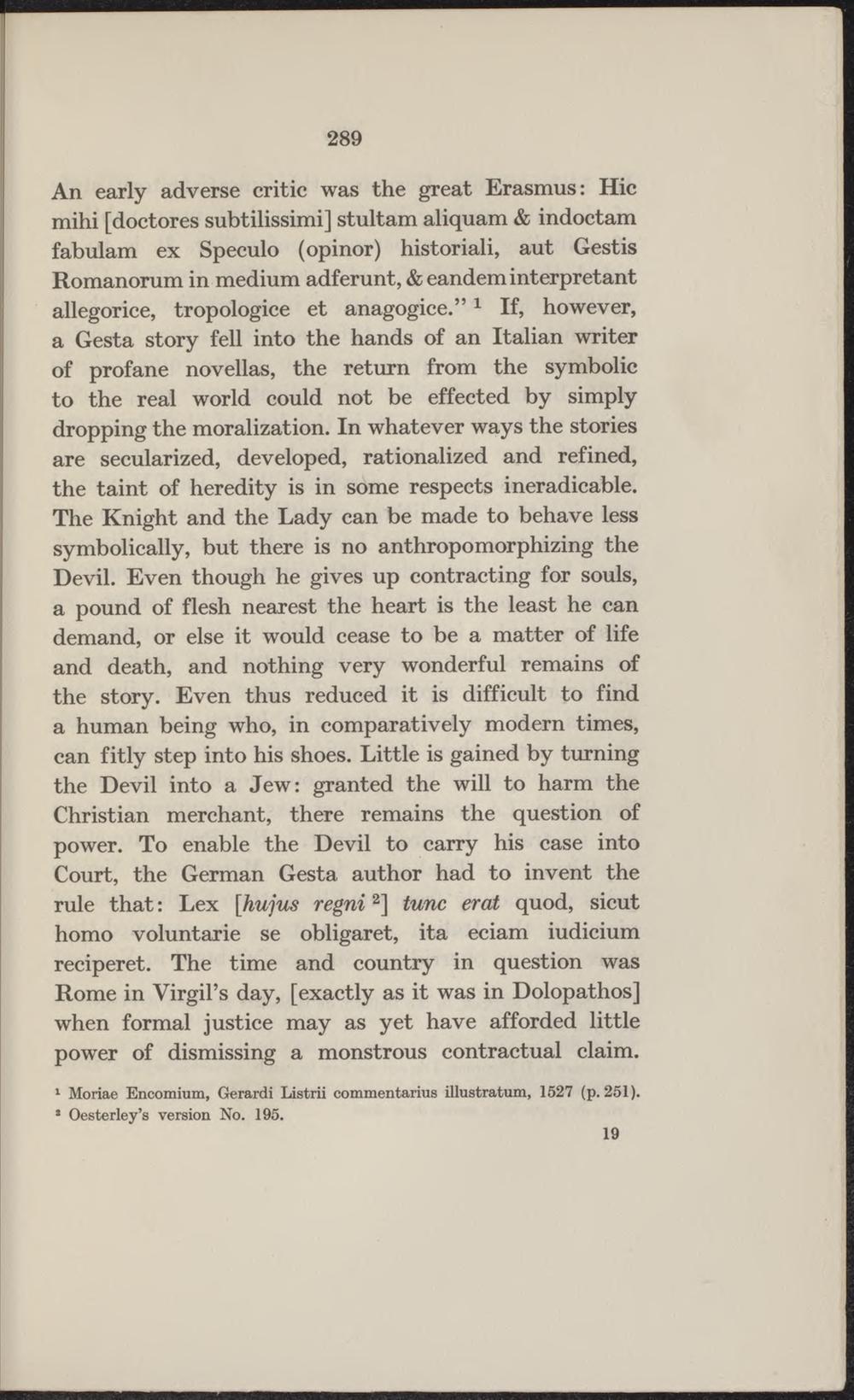 An early adverse critic was the great Erasmus: Hic mihi [doctores subtilissimi] stultam aliquam & indoctam fabulam ex Speculo (opinor) historiali, aut Gestis Romanorum in medium adferunt, & eandeminterpretant allegorice, tropologice et anagogice."1 If, however, a Gesta story feil into the hands of an Italian writer of profane novellas, the return from the symbolic to the real world could not be effected by simply dropping the moralization. In whatever ways the stories are secularized, developed, rationaliaed and refined, the taint of heredity is in sóme respects ineradicable. The Knight and the Lady can be made to behave less symbolically, but there is no anthropomorphizing the Devil. Even though he gives up contracting for souls, a pound of flesh nearest the heart is the least he can demand, or else it would cease to be a matter of life and death, and nothing very wonderful remains of the story. Even thus reduced it is difficult to find a human being who, in comparatively modern times, can f itby step into his shoes. Little is gained by turning the Devil into a Jew: granted the will to harm the Christian merchant, there remains the question of power. To enable the Devil to carry his case into Court, the German Gesta author had to invent the rule that: Lex [hujus regni*] tune erat quod, sicut homo voluntarie se obligaret, ita eciam iudicium reciperet. The time and country in question was Rome in Virgil's day, [exactly as it was in Dolopathos] when formal justice may as yet have afforded little power of dismissing a monstrous contractual claim.