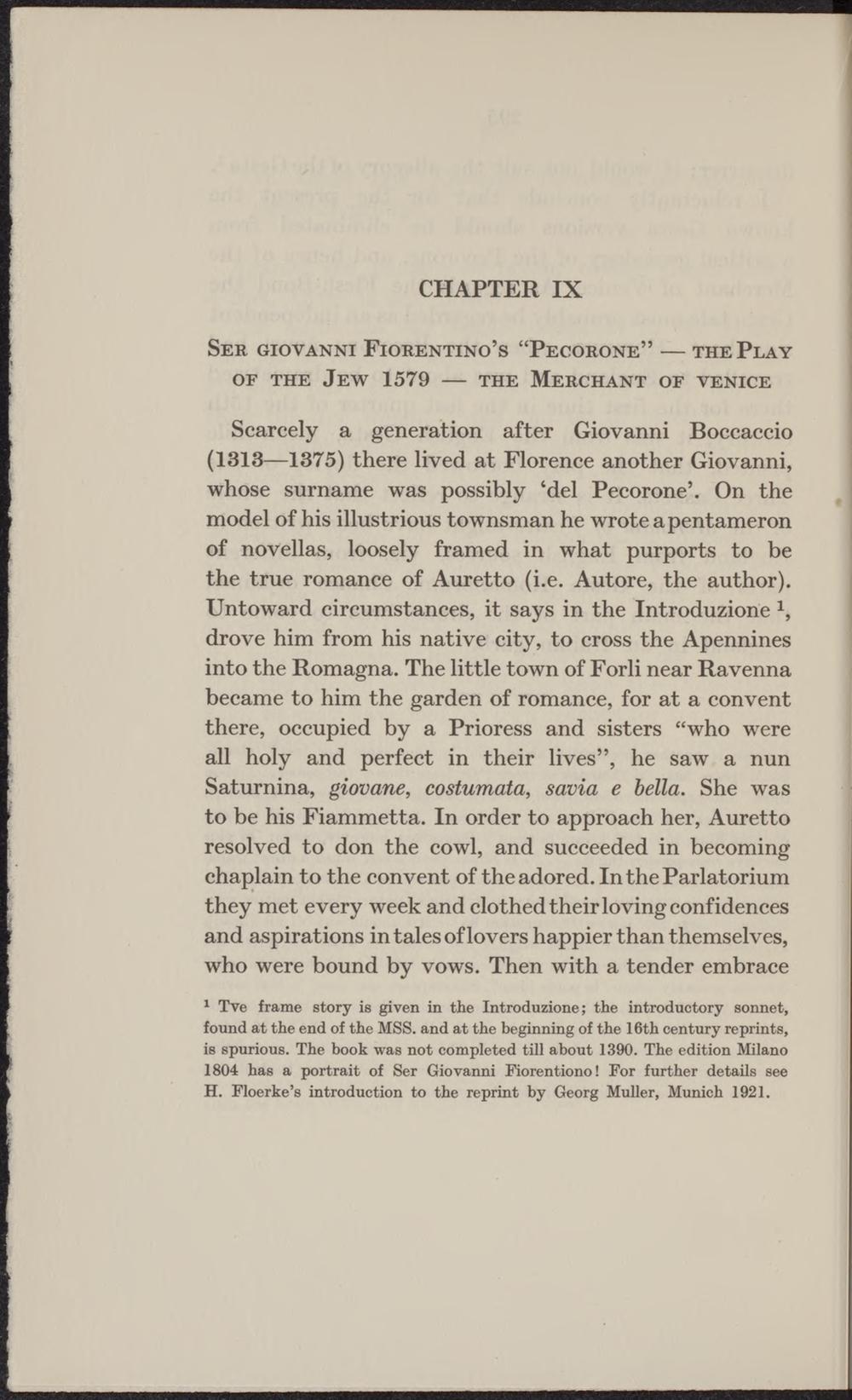 Scareely a generation after Giovanni Boccaccio (1313—1375) there lived at Florence another Giovanni, whose surname was possibly 'del Pecorone'. On the model of his illustrious townsman he wrote apentameron ©f novellas, loosely framed in what purports to be the true romance of Auretto (i.e. Autore, the author). Unto ward circumstances, it says in the Introduzione drove him from his native city, to cross the Apennines into the Romagna. The little town of Forli near Ravenna became to him the garden of romance, for at a convent there, occupied by a Prioress and sisters "who were all holy and perfect in their lives", he saw a nun Saturnina, giovane, costumata, savia e bella. She was to be bis Fiammetta. In order to approach her, Auretto resolved to don the cowl, and succeeded in becoming chaplain to the convent of the adored. In the Parlatorium they met every week and clothed their loving confidences and aspirations in tales of lovers happier than themselves, who were bound by vows. Then with a tender embrace

1 Tve frame story is given in the Introduzione; the introduotory sonnet, found at the end of the MSS. and at the beginning of the 16th century reprints, is spurious. The book was not completed till about 1390. The edition Milano 1804 has a portrait of Ser Giovanni Fiorentiono! For further details see h. Floerke's introduction to the reprint by Georg Muller, Munioh 1921.