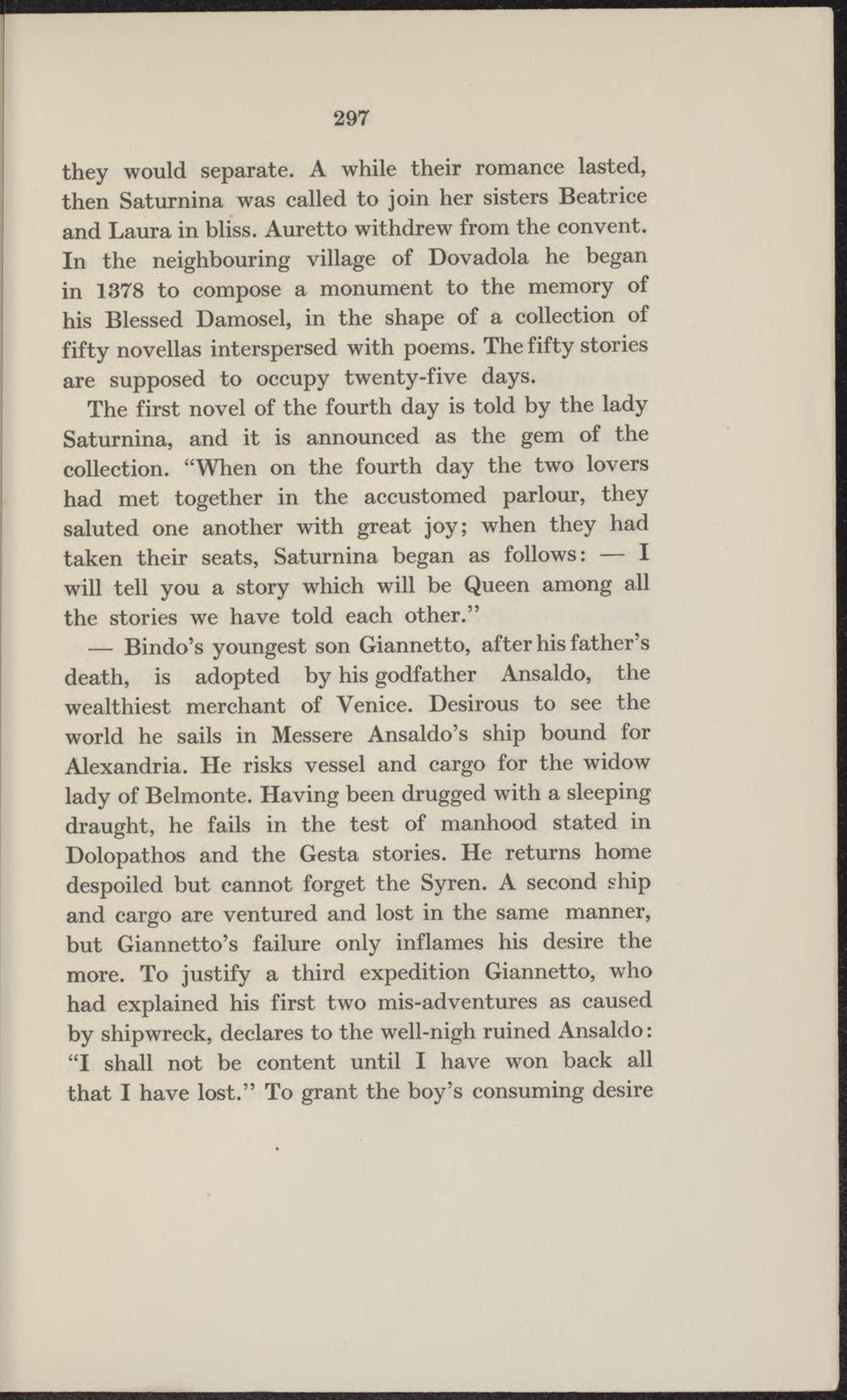 they would separate. A while their romance lasted, then Saturnina was called to join her sisters Beatrice and Laura in bliss. Auretto withdrew from the convent. In the neighbouring village of Dovadola he began in 1878 to compose a monument to the memöry of his Blessed Damosel, in the shape of a collection of fifty novellas interspersed with poems. The fifty stories are supposed to occupy twenty-five days.

The first novel of the fourth day is told by the lady Saturnina, and it is announced as the gem of the collection. "When on the fourth day the two lovers had met together in the accustomed parlour, they saluted one another with great joy; when they had taken their seats, Saturnina began as follows: — I will teil you a story which will be Queen among all the stories we have told each other."

— Bindo's youngest son Giannetto, after his father's death, is adopted by his godfather Ansaldo, the wealthiest merchant of Venice. Desirous to see the world he sails in Messere Ansaldo's ship bound for Alexandria. He risks vessel and cargo for the widow lady of Belmonte. Having been drugged with a sleeping draught, he fails in the test of manhood stated in Dolopathos and the Gesta stories. He returns home despoiled but cannot forget the Syren. A second ship and cargo are ventured and lost in the same manner, but Giannetto's failure only inflames his desire the more. To justify a third expedition Giannetto, who had explained his first two mis-adventures as caused by shipwreck, declares to the well-nigh ruined Ansaldo: "I shall not be content until I have won back all that I have lost." To grant the boy's consuming desire