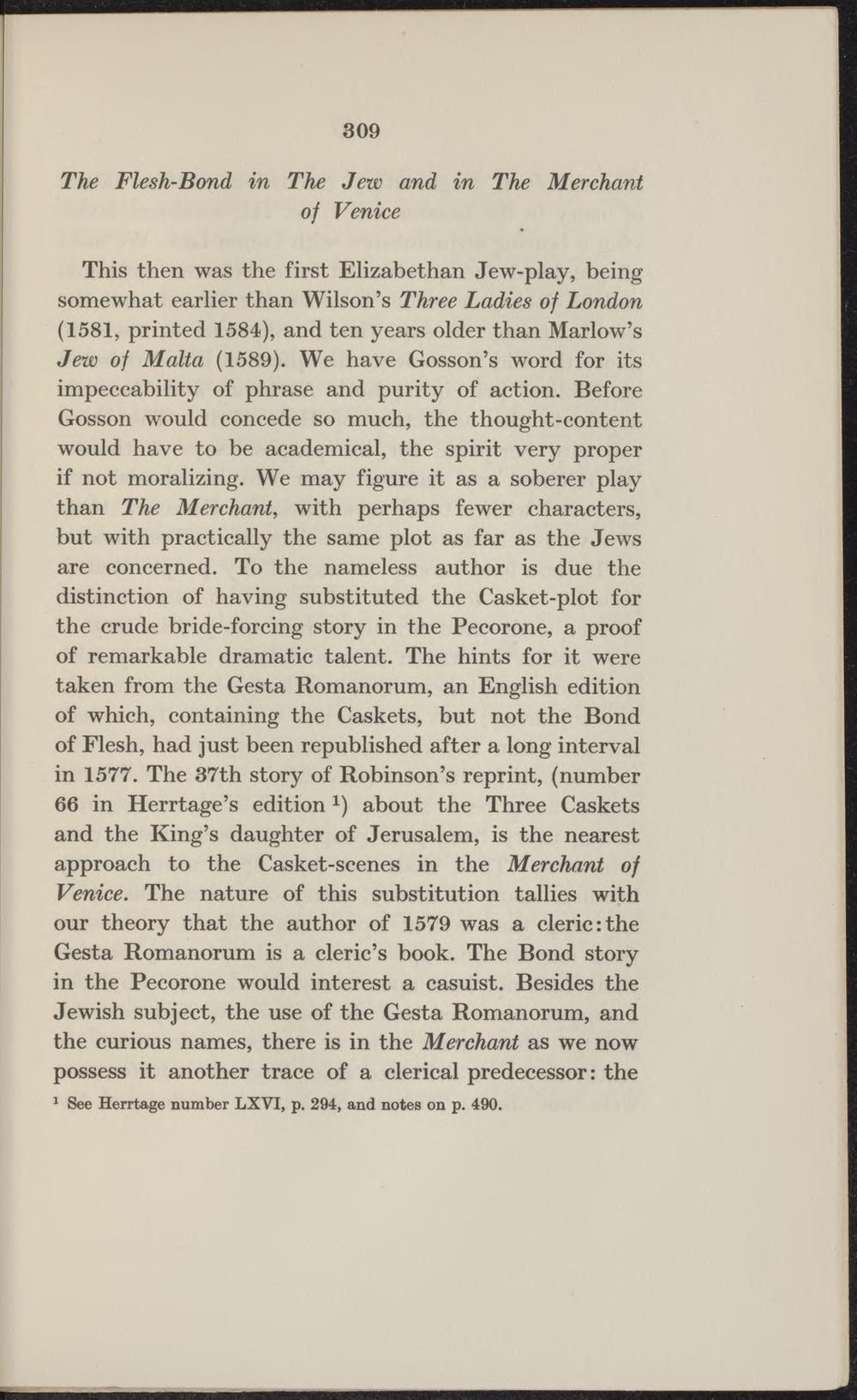 This then was the first Elizabethan Jew-play, being somewhat earlier than Wilson's Three Ladies of London (1581, printed 1584), and ten years older than Marlow's Jew of Malta (1589). We have Gosson's word for its impeccability of pbrase and purity of action. Before Gosson would concede so much, the thought-content would have to be academica!, the spirit very proper if not moralizing. We may figure it as a soberer play than The Merchant, with perhaps fewer characters, but with practically the same plot as far as the Jews are concerned. To the nameless author is due the distinction of having substituted the Casket-plot for the crude bride-forcing story in the Pecorone, a proof of remarkable dramatic talent. The hints for it were taken from the Gesta Romanorum, an English edition of which, containing the Caskets, but not the Bond of Flesh, had just been republished after a long interval in 1577. The 37th story of Robinson's reprint, (number 66 in Herrtage's editionx) about the Three Caskets and the King's daughter of Jerusalem, is the nearest approach to the Casket-scenes in the Merchant of Venice. The nature of this substitution tallies with our theory that the author of 1579 was a cleric:the Gesta Romanorum is a cleric's book. The Bond story in the Pecorone would interest a casuist. Besides the Jewish subject, the use of the Gesta Romanorum, and the curious names, there is in the Merchant as we now possess it another tracé of a clerical predecessor: the