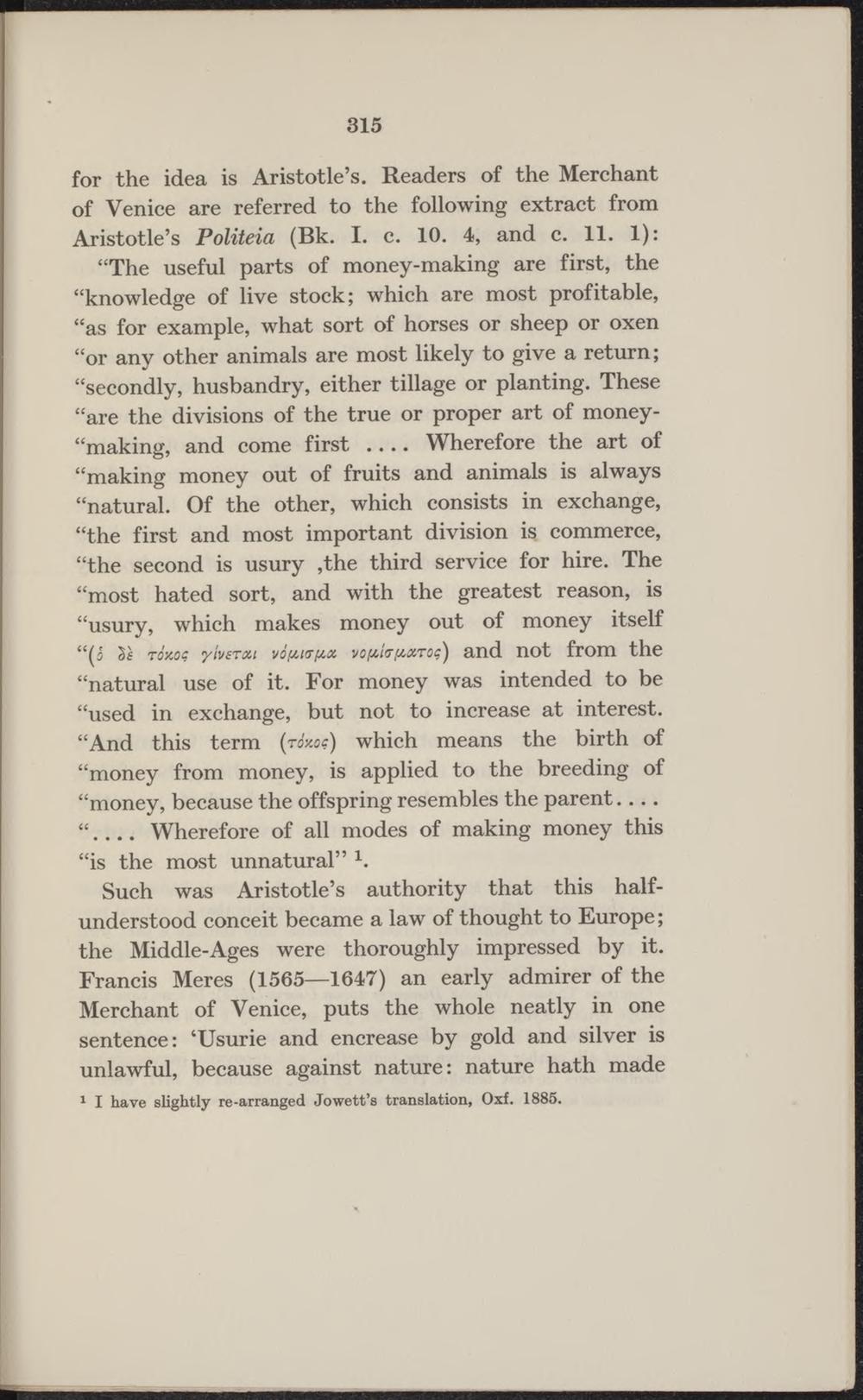 for the idea is Aristotle's. Readers of the Merchant of Venice are referred to the following extract from Aristotle's Politeia (Bk. I. c. 10. 4, and c. 11. 1):

"The useful parts of money-making are first, the "knowledge of live stock; which are most profitable, "as for example, what sort of horses or sheep or oxen "or any other animals are most likely to give a return; "secondly, husbandry, either tillage or planting. These "are the divisions of the true or proper art of money-

"making, and come first Wherefore the art of

"making money out of fruits and animals is always "natural. Of the other, which consists in exchange, "the first and most important division is. commerce, "the second is usury ,the third service for hire. The "most hated sort, and with the greatest reason, is "usury, which makes money out of money itself "(ó S« toko? yhsTxi vófiia-fix vofilo-fictrog) and not from the "natural use of it. For money was intended to be "used in exchange, but not to increase at interest. "And this term (tókos) which means the birth of "money from money, is applied to the breeding of

"money, because the offspring resembles the parent

" Wherefore of all modes of making money this

Such was Aristotle's authority that this halfunderstood conceit became a law of thought to Europe; the Middle-Ages were thoroughly impressed by it. Francis Meres (1565—1647) an early admirer of the Merchant of Venice, puts the whole neatly in one sentence: 'Usurie and encrease by gold and silver is unlawful, because against nature: nature hath made