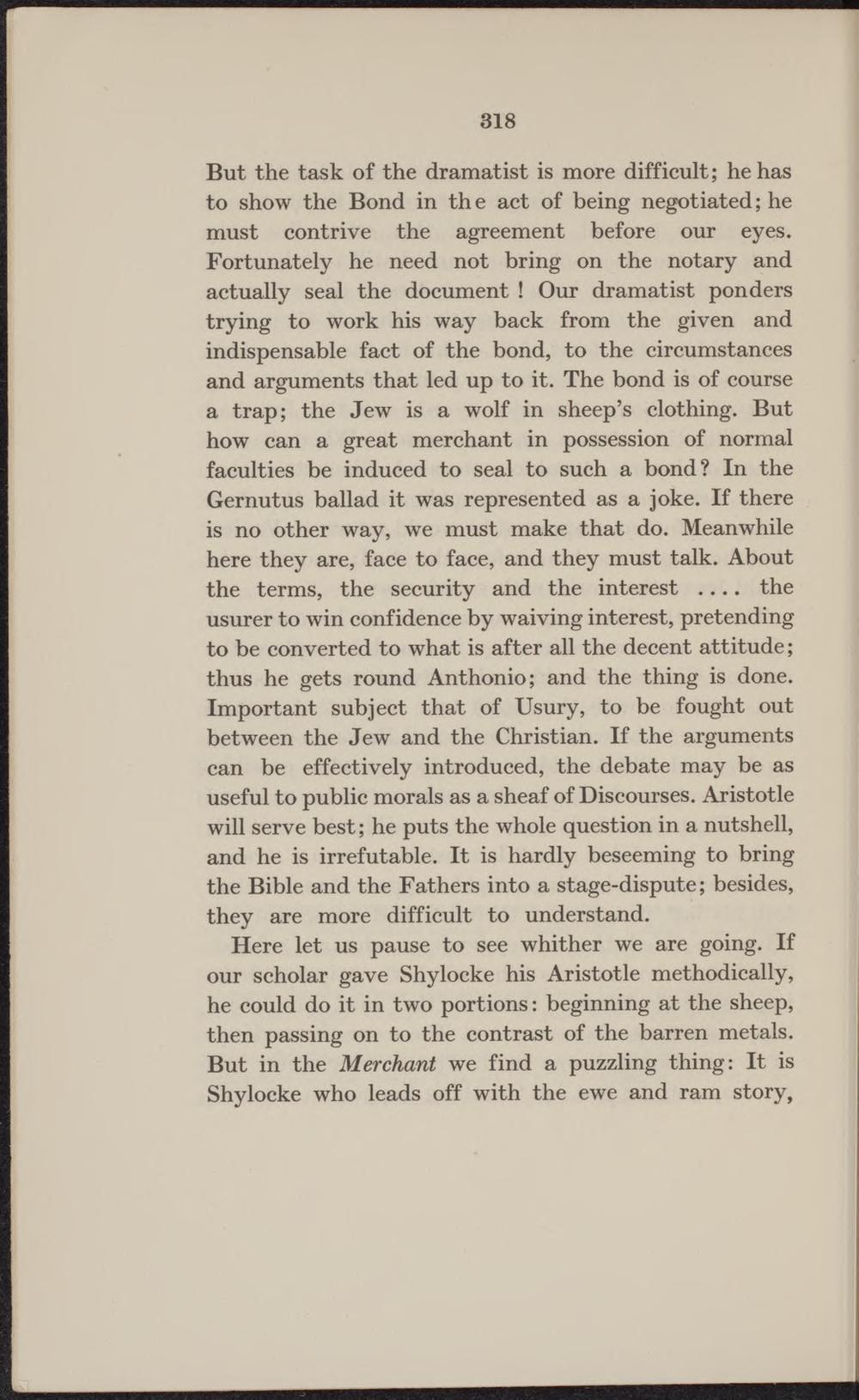 But the task of the dramatist is more difficult; hehas to show the Bond in the act of being negotiated; he must contrive the agreement before our eyes. Fortunately he need not bring on the notary and actually seal the document ! Our dramatist ponders trying to work his way back from the given and indispensable fact of the bond, to the circumstances and arguments that led up to it. The bond is of course a trap; the Jew is a wolf in sheep's clotbing. But how can a great merchant in possession of normal faculties be induced to seal to such a bond? In the Gernutus ballad it was represented as a joke. If there is no other way, we must make that do. Meanwhile here they are, face to face, and they must talk. About the terms, the security and the interest .... the usurer to win conf idence by waiving interest, pretending to be converted to what is after all the decent attitude; thus he gets round Anthonio; and the thing is done. Important subject that of Usury, to be fought out between the Jew and the Christian. If the arguments can be effectively introduced, the debate may be as useful to public morals as a sheaf of Discourses. Aristotle will serve best; he puts the whole question in a nutshell, and he is irrefutable. It is hardly beseeming to bring the Bible and the Fathers into a stage-dispute; besides, they are more difficult to understand.

Here let us pause to see whither we are going. If our scholar gave Shylocke his Aristotle methodically, he could do it in two portions: beginning at the sheep, then passing on to the contrast of the barren metais. But in the Merchant we find a puzzling thing: It is Shylocke who leads off with the ewe and ram story,