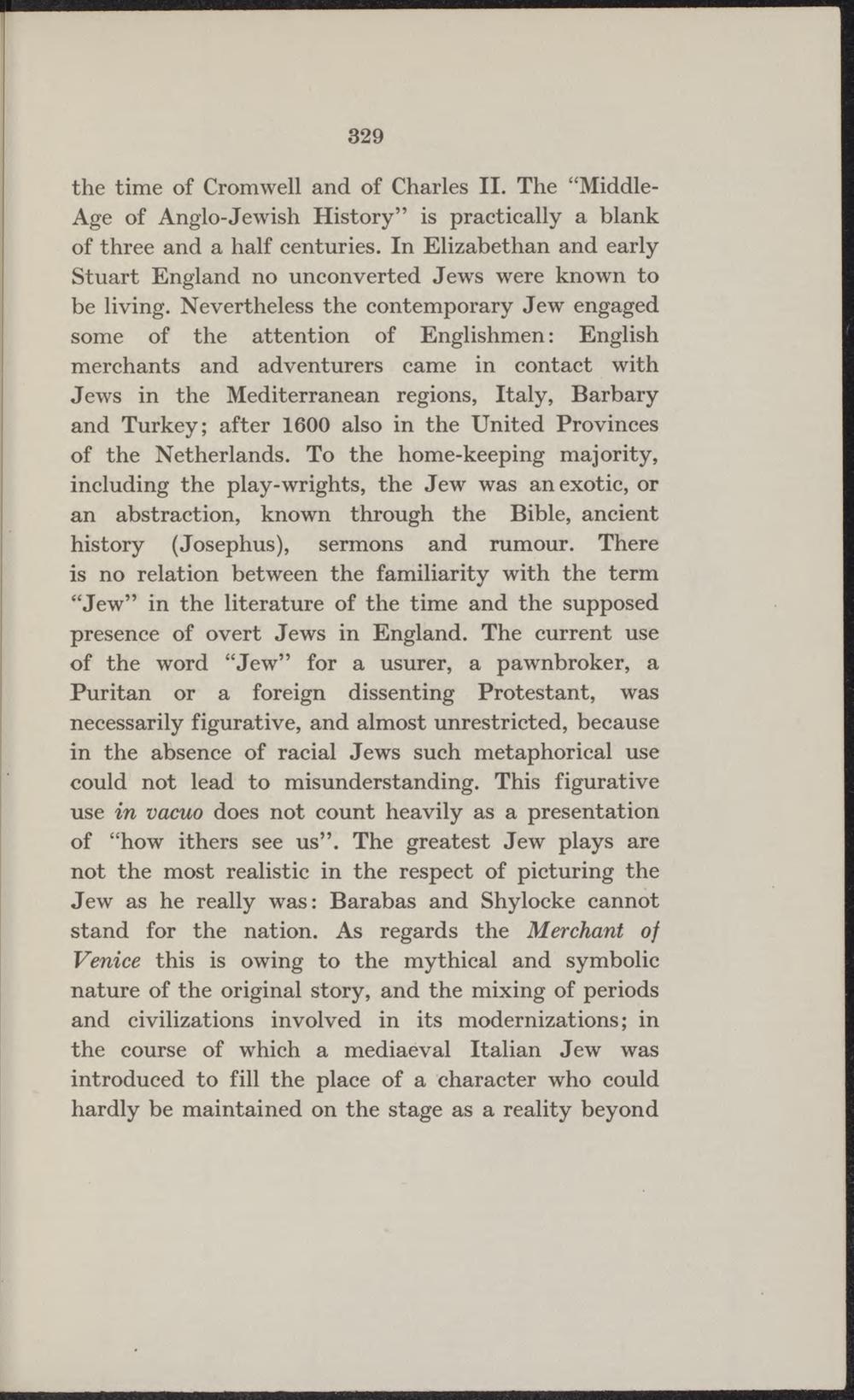 the time of Cromwell and of Charles II. The "MiddleAge of Anglo-Jewish History" is practically a blank of three and a half centuries. In Elizabethan and early Stuart England no unconverted Jews were known to be living. Nevertheless the contemporary Jew engaged some of the attention of Englishmen: English merchants and adventurers came in contact with Jews in the Mediterranean regions, Italy, Barbary and Turkey; after 1600 also in the United Provinces of the Netherlands. To the home-keeping majority, including the play-wrights, the Jew was anexotic, or an abstraction, known through the Bible, ancient history (Josephus), sermons and rumour. There is no relation between the familiarity with the term "Jew" in the literature of the time and the supposed presence of overt Jews in England. The current use of the word "Jew" for a usurer, a pawnbroker, a Puritan or a foreign dissenting Protestant, was necessarily figurative, and almost unrestricted, because in the absence of racial Jews such metaphorical use could not lead to misunderstanding. This figurative use in vacuo does not count heavily as a presentation of "how ithers see us". The greatest Jew plays are not the most realistic in the respect of picturing the Jew as he really was: Barabas and Shylocke cannot stand for the nation. As regards the Merchant of Venice this is owing to the mythical and symbolic nature of the original story, and the mixing of periods and civilizations involved in its modernizations; in the course of which a mediaéval Italian Jew was introduced to fill the place of a 'character who could hardly be maintained on the stage as a reality beyond