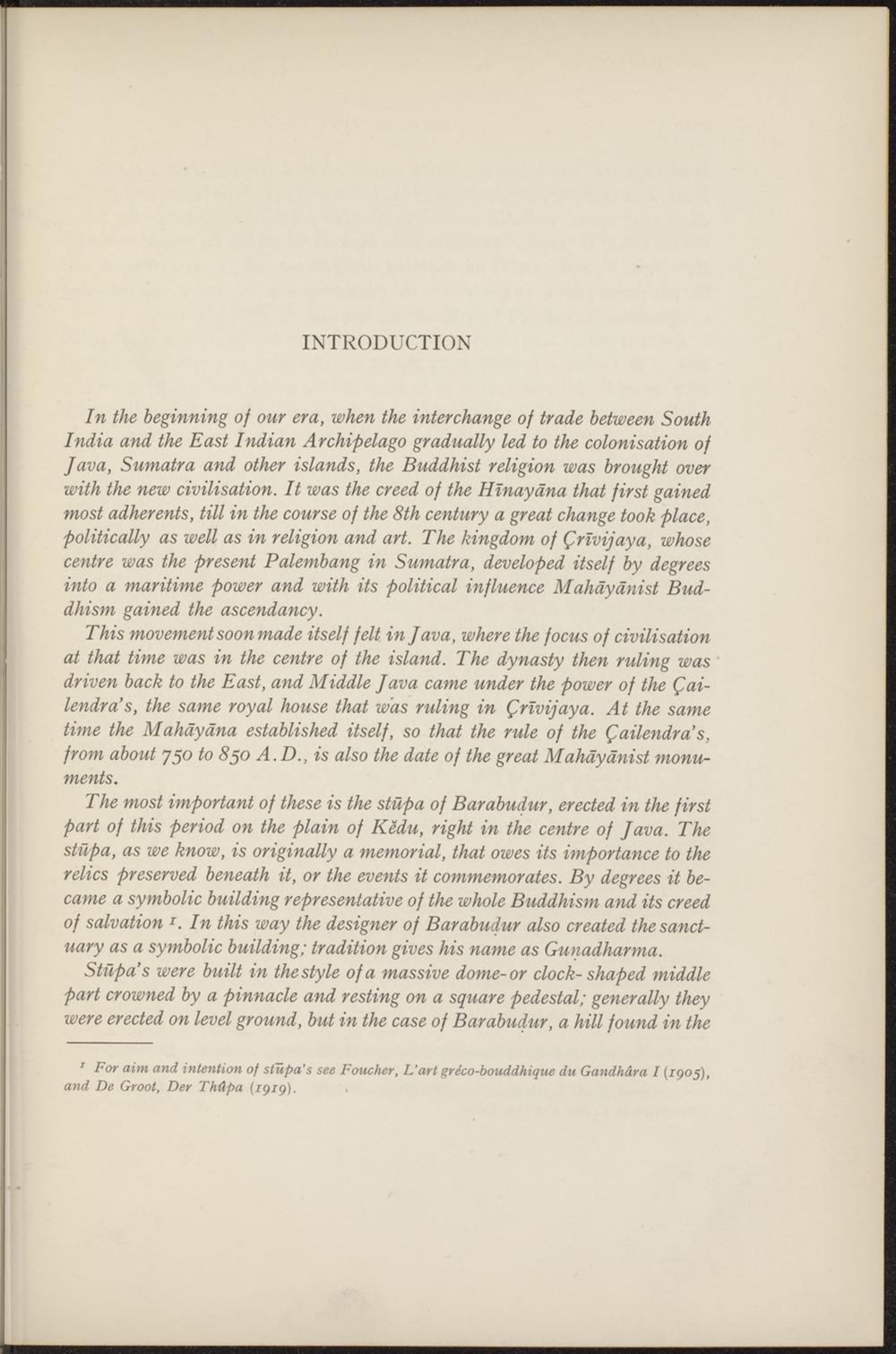 In the beginning of our era, when the interchange of trade between South India and the East Indian Archipelago gradually led to the colonisation of Java, Sumatra and other islands, the Buddhist religion was brought over with the new civilisation. It was the creed of the Hïnaydna that first gained most adherents, till in the course of the 8th century a great change took place, politically as well as in religion and art. The kingdom of Qrïvijaya, whose centre was the present Palembang in Sumatra, developed itself by degrees into a maritime power and with its pólitical influence Mahaydnist Buddhism gained the ascendancy.

This movementsoonmade itself feit in Java, where the focus of civilisation at that time was in the centre of the island. The dynasty then ruling was driven back to the East, and Middle Java came under the power of the Cailendra's, the same royal house that was ruling in Qrlvijaya. At the same time the Mahayana established itself, so that the rule of the Qailendra's, from about 750 to 850 A.D., is also the date of the great Mahaydnist monuments.

The most important of these is the stüpa of Barabudur, erected in the first part of this period on the plain of Këdu, right in the centre of Java. The stüpa, as we know, is originally a memorial, that owes its importance to the relics preserved beneath it, or the events it commemorates. By degrees it became a symbolic building representative of the whole Buddhism and its creed of salvation x. In this way the designer of Barabudur also created thesanctuary as a symbolic building; tradition gives his name as Gunadharma.

Stüpa's were built in thestyle ofa massive dome-or clock- shaped middle part crowned by a pinnacle and resting on a square pedestal; generally they were erected on level ground, but in the case of Barabudur, a hill found in the