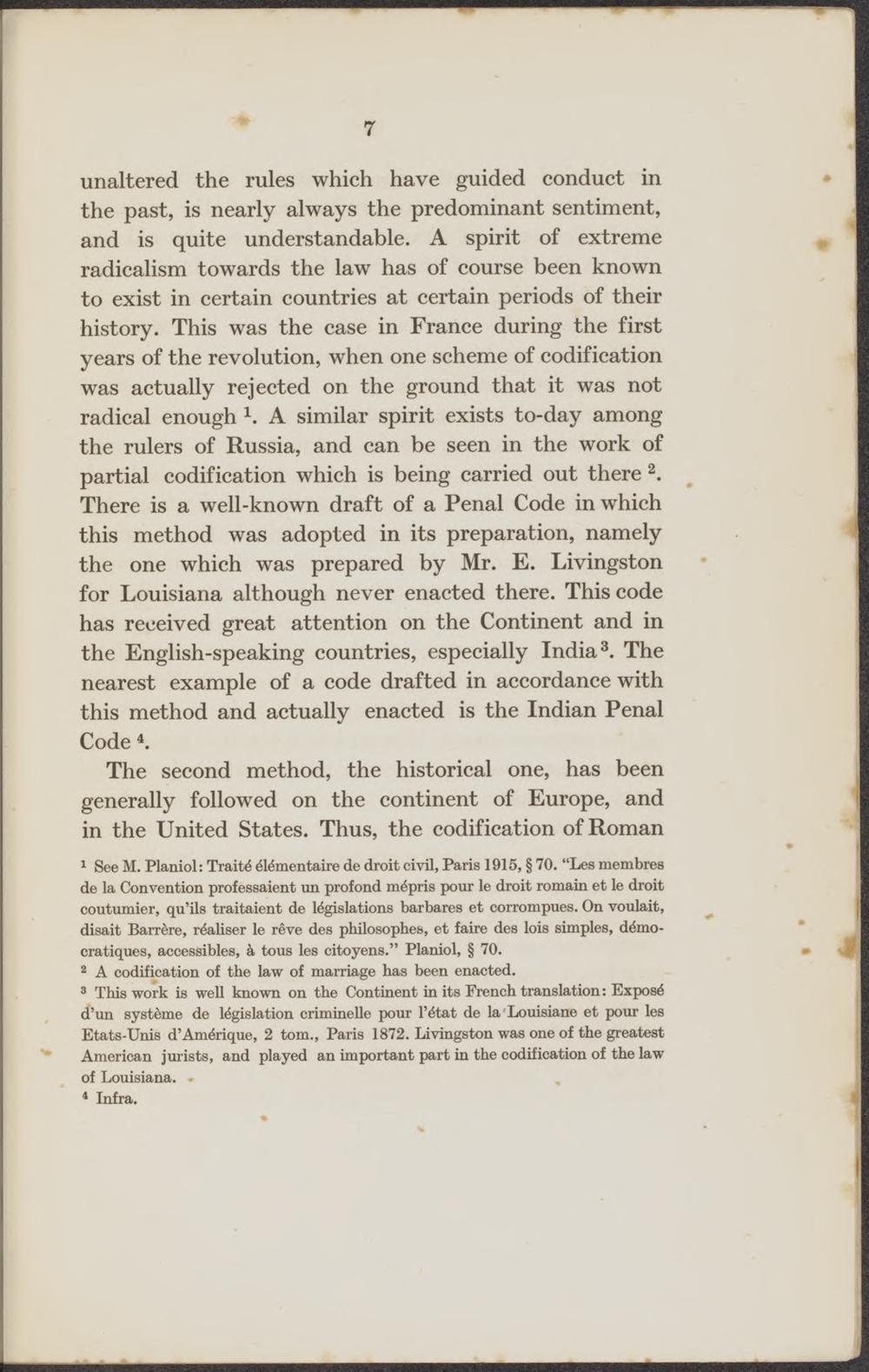 unaltered the rules which have guided conduct in the past, is nearly always the predominant sentiment, and is quite understandable. A spirit of extreme radicalism towards the law has of course been known to exist in certain countries at certain periods of their history. This was the case in France during the first years of the revolution, when one scheme of codification was actually rejected on the ground that it was not radical enough *. A similar spirit exists to-day among the rulers of Russia, and can be seen in the work of partial codification which is being carried out there 2. There is a well-known draf t of a Penal Code in which this method was adopted in its preparation, namely the one which was prepared by Mr. E. Livingston for Louisiana although never enacted there. This code has reeeived great attention on the Continent and in the English-speaking countries, especially India3. The nearest example of a code drafted in accordance with this method and actually enacted is the Indian Penal Code*.

The second method, the historical one, has been generally followed on the continent of Europe, and in the United States. Thus, the codification of Roman

2 A codification of the law of marriage has been enacted.

8 This work is well known on the Continent in its French translation: Exposé d\ai système de législation criminelle pour 1'état de la'Louisiane et pour les Etats-Unis d'Amérique, 2 tom., Paris 1872. Livingston was one of the greatest American jurist», and played an important part in the codification of the law of Louisiana. 4 Infra.