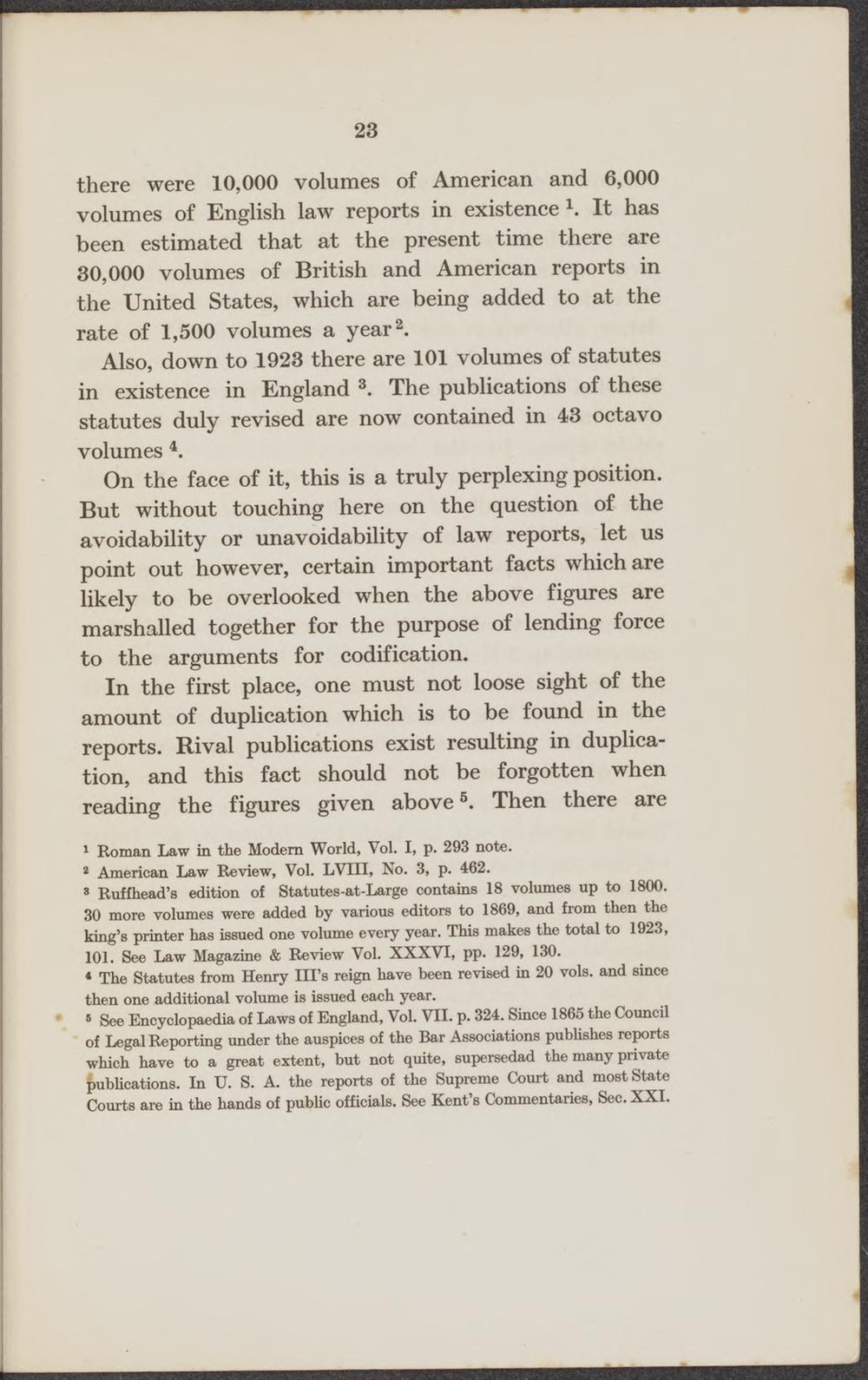 Also, down to 1928 there are 101 volumes of statutes in existence in England 8. The publications of these statutes duly revised are now contained in 43 octavo volumes 4.

On the face of it, this is a truly perplexing position. But without touching here on the question of- the avoidability or unavoidability of law reports, let us point out however, certain important facts which are likely to be overlooked when the above figures are marshalled together for the purpose of lending force to the arguments for codification.

In the first place, one must not loose sight of the amount of duplication which is to be found in the reports. Rival publications exist resulting in duplication, and this fact should not be forgotten when reading the figures given above6. Then there are

8 Ruffhead's edition of Statntes-at-Large contftins 18 volumes up to 1800. 30 more volumes were added by various editors to 1869, and from then the king's printer has issued one volume every year. This makes the total to 1923, 101. See Law Magazine & Review Vol. XXXVI, pp. 129, 130. « The Statutes from Henry DTs reign have been revised in 20 vols. and since then one additional volume is issued each year.

« See Enoyolopaedia of Laws of England, VoL VH. p. 324. Since 1865 the Council of Legal Reporting under the auspices of the Bar Associations publishes reports which have to a great extent, but not quite, supersedad the many private publications. In U. S. A. the reports of the Suprème Court and most State Courts are in the hands of puèlic officials. See Kent's Commentaries, Sec. XXI.