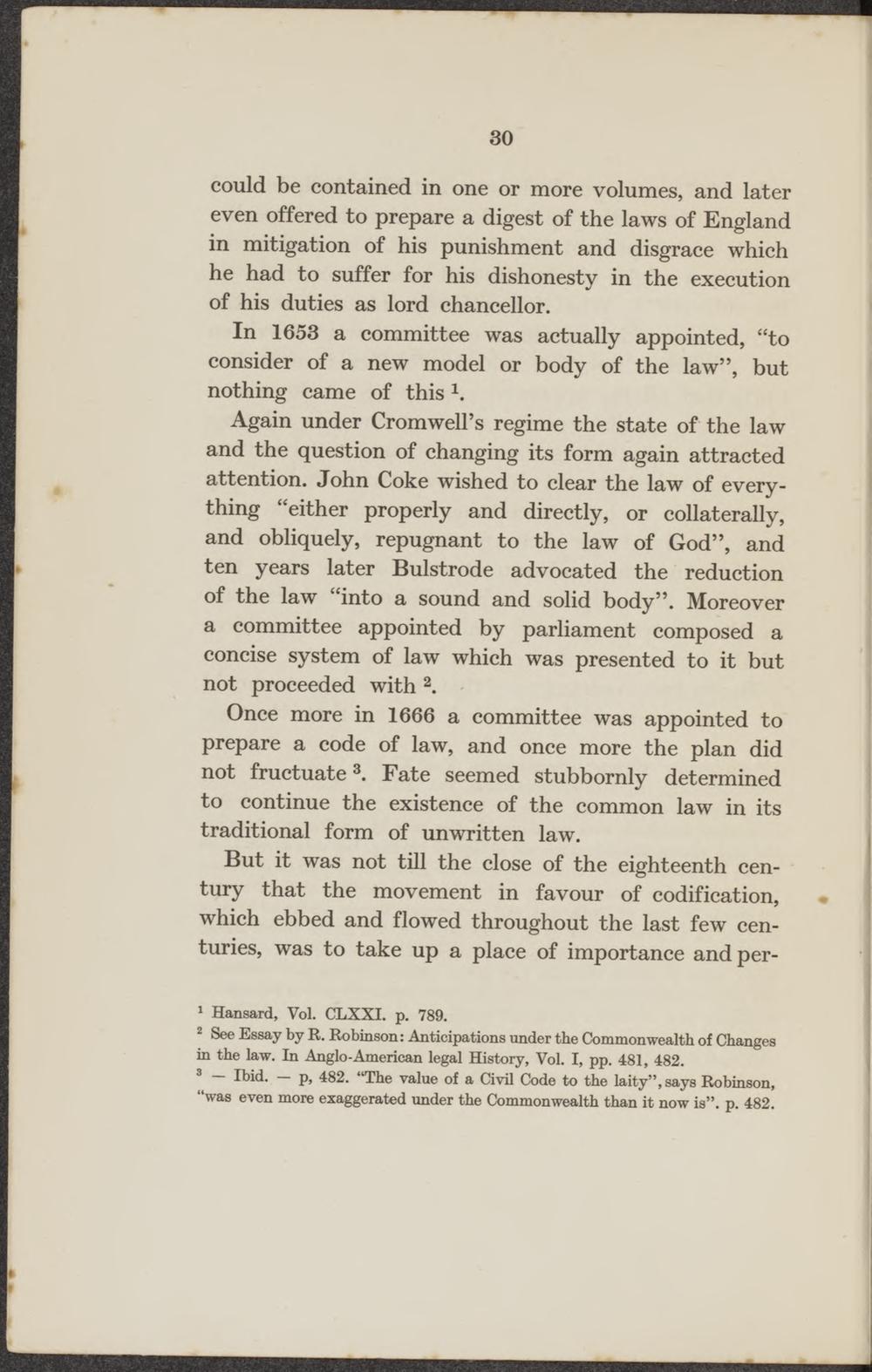 could be contained in one or more volumes, and later even offered to prepare a digest of the laws of England in mitigation of his punishment and disgrace which he had to suffer for his dishonesty in the execution of his duties as lord chancellor.

In 1653 a committee was actually appointed, "to consider of a new model or body of the law", but nothing came of this \

Again under Cromwell's regime the state of the law and the question of changing its form again attracted attention. John Coke wished to clear the law of everything "either properly and directly, or collaterally, and obliquely, repugnant to the law of God", and ten years later Bulstrode advocated the reduction of the law "into a sound and solid body". Moreover a committee appointed by parliament composed a concise system of law which was presented to it but not proceeded witha.

Once more in 1666 a committee was appointed to prepare a code of law, and once more the plan did not fructuate8. Fate seemed stubbornly determined to continue the existence of the common law in its traditional form of unwritten law.

But it was not tül the close of the eighteenth century that the movement in favour of codification, • which ebbed and flowed throughout the last few centimes, was to take up a place of importance and per-

2 See Essay by R. Robinson: Antioipations under the Commonwealth of Changes in the law. In Anglo-American legal History, VoL I, pp. 481, 482.