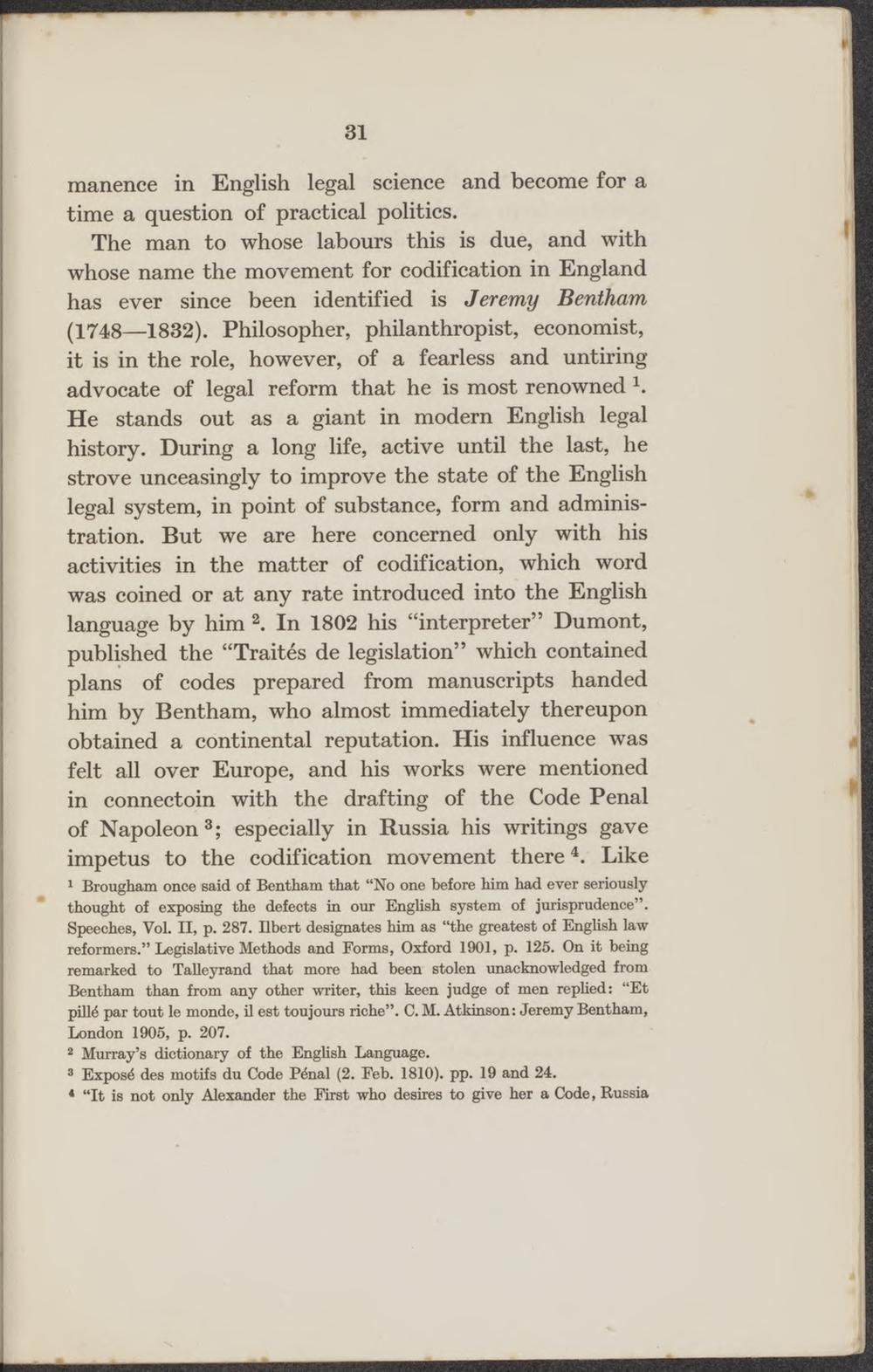 manence in English legal science and become for a time a question of practical politics.

The man to whose labours this is due, and with whose name the movement for codification in England has ever since been identified is Jeremy Bentham (1748—1832). Philosopher, philanthropist, economist, it is in the role, however, of a fearless and untiring advocate of legal reform that he is most renowned He stands out as a giant in modern English legal history. During a long life, active until the last, he strove unceasingly to improve the state of the English legal system, in point of substance, form and administration. But we are here concerned only with his activities in the matter of codification, which word was coined or at any rate introduced into the English language by him 2. In 1802 his "interpreter" Dumont, published the "Traités de legislation" which contained plans of codes prepared from manuscripts handed him by Bentham, who almost immediately thereupon obtained a cóntinental reputation. His influence was feit all over Europe, and his works were mentioned in connectoin with the drafting of the Code Penal of Napoleon3; especially in Russia his writings gave impetus to the codification movement there4. Like

1 Brougham once said of Bentham that "No one before him had ever seriously thought of exposing the defects in our English system of jurisprudenoe". Speeches, Vol. II, p. 287. Bbert designates him as "the greatest of English law reformers." Legislative Methods and Forms, Oxford 1901, p. 125. On it being remarked to Talleyrand that more had been stolen unacknowledged from Bentham than from any other writer, this keen judge of men replied: "Et pillé par tout le monde, il est toujours riche". C. M. Atkinson: Jeremy Bentham, London 1905, p. 207.

2 Murray's dictionary of the English Language.

* "It is not only Alexander the First who desires to give her a Code, Russia