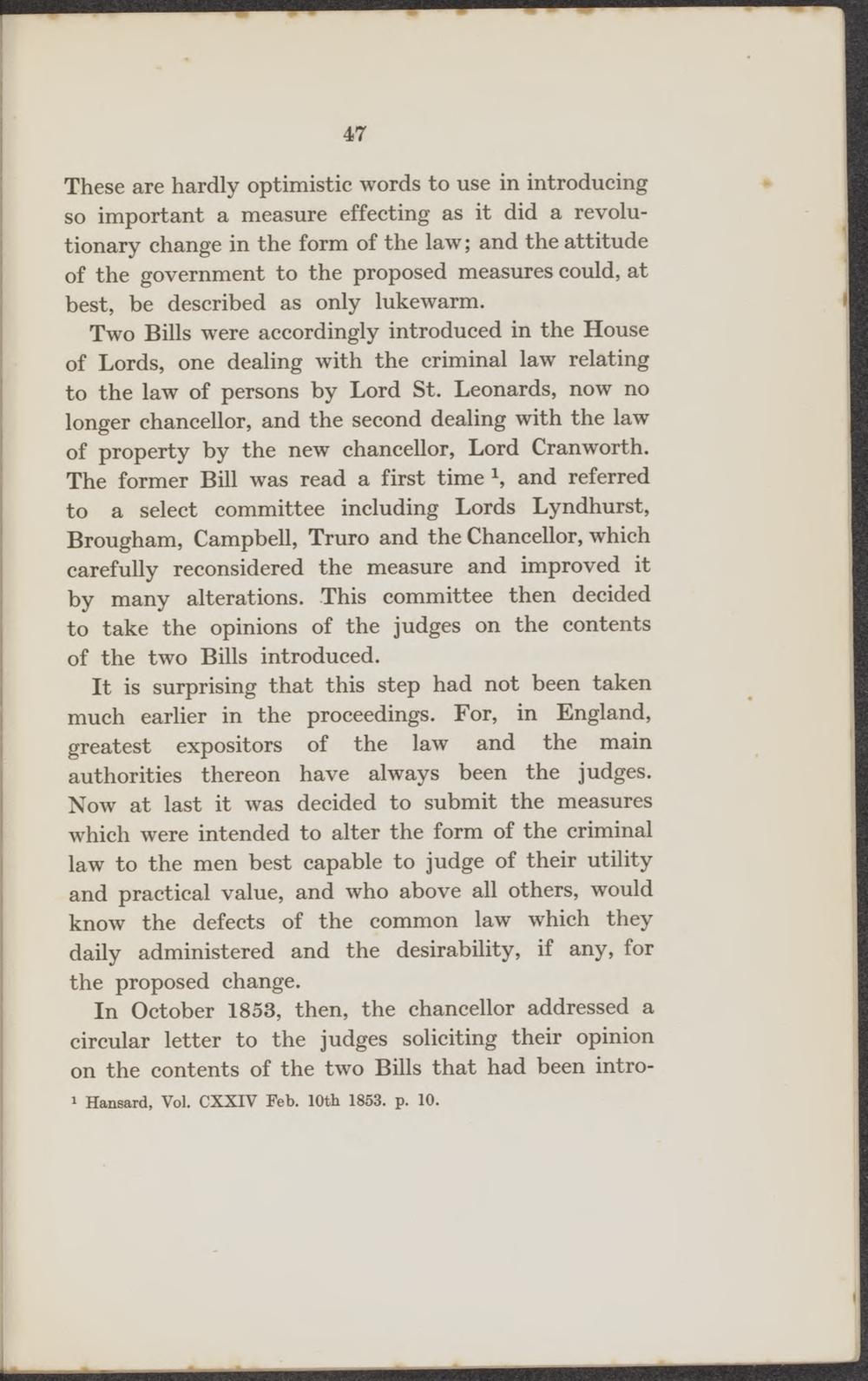 These are hardly optimistic words to use in introducing so important a measure effecting as it did a revolutionary change in the form of the law; and the attitude of the government to the proposed measures could, at best, be described as only lukewarm.

Two Bills were accordingly introduced in the House of Lords, one dealing with the criminal law relating to the law of persons by Lord St. Leonards, now no longer chancellor, and the second dealing with the law of property by the new chancellor, Lord Cranworth. The former Bill was read a first time *, and referred to a select committee including Lords Lyndhurst, Brougham, Campbell, Truro and the Chancellor, which carefully reconsidered the measure and improved it by many alterations. This committee then decided to take the opinions of the judges on the contents of the two Bills introduced.

It is surprising that this step had not been taken much earüer in the proceedings. For, in England, greatest expositors of the law and the main authorities thereon have always been the judges. Now at last it was decided to submit the measures which were intended to alter the form of the cruninal law to the men best capable to judge of their utility and practical value, and who above all others, would know the defects of the common law which they daily administered and the desirabüity, if any, for the proposed change.

In October 1853, then, the chancellor addressed a circular letter to the judges soliciting their opinion on the contents of the two Bills that had been intro-