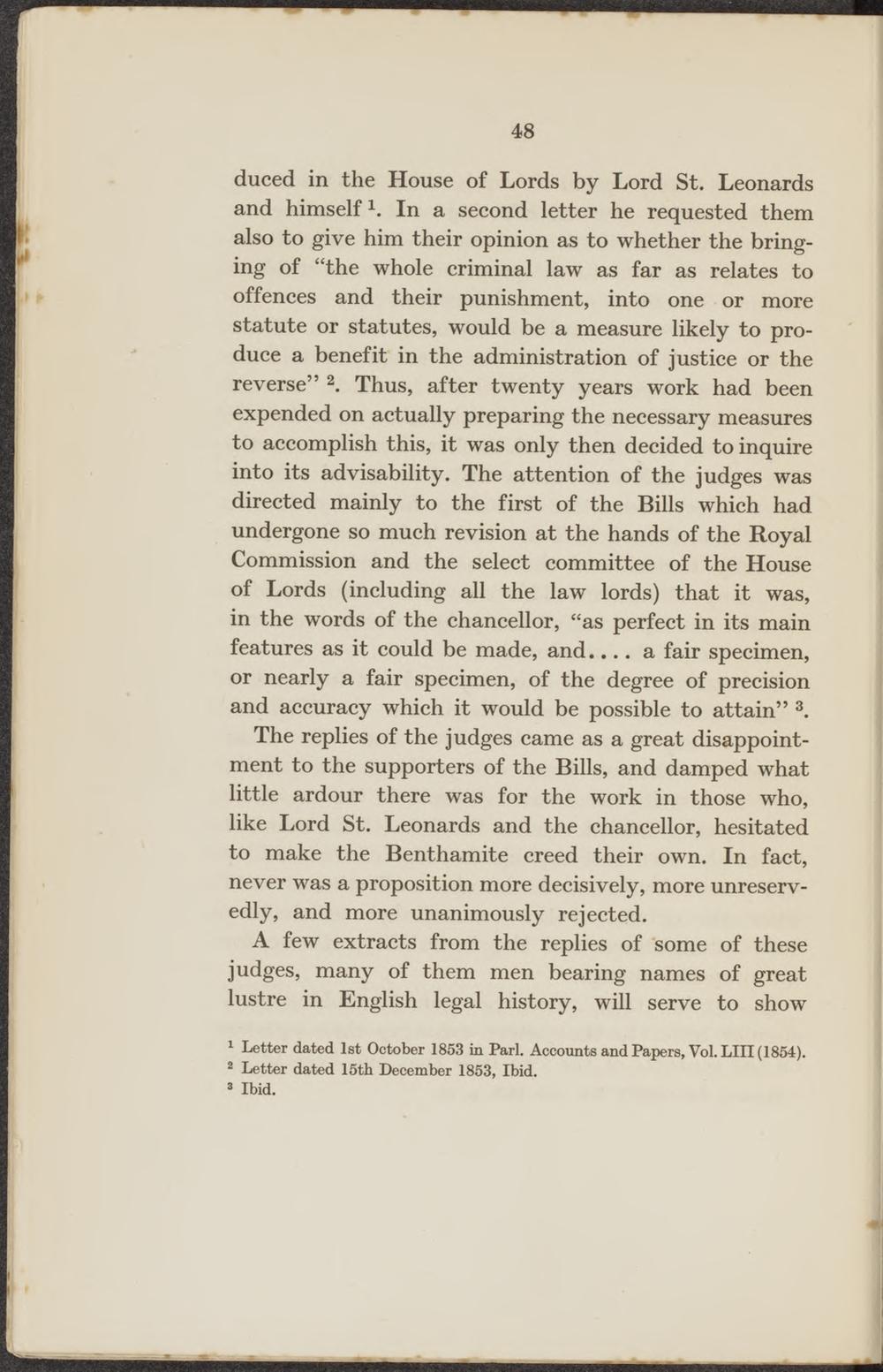 duced in the House of Lords by Lord St. Leonards and himselfl. In a second letter he requested them also to give him their opinion as to whether the bringing of "the whole criminal law as far as relates to offences and their punishment, into one or more statute or statutes, would be a measure likely to produce a benefit in the administration of justice or the reverse" a. Thus, after twenty years work had been expended on actually preparing the necessary measures to accomplish this, it was only then decided to inquire into its advisability. The attention of the judges was directed mainly to the first of the Bills which had undergone so much revision at the hands of the Royal Commission and the select committee of the House of Lords (including all the law lords) that it was, in the words of the chancellor, "as perfect in its main features as it could be made, and.... a fair specimen, or nearly a fair specimen, of the degree of precision and accuracy which it would be possible to attain" 8.

The replies of the judges came as a great disappointment to the supporters of the Bills, and damped what little ardour there was for the work in those who, like Lord St. Leonards and the chancellor, hesitated to make the Benthamite creed their own. In fact, never was a proposition more decisively, more unreservedly, and more unanimously rejected.

A few extracts from the replies of some of these judges, many of them men bearing names of great lustre in English legal history, will serve to show