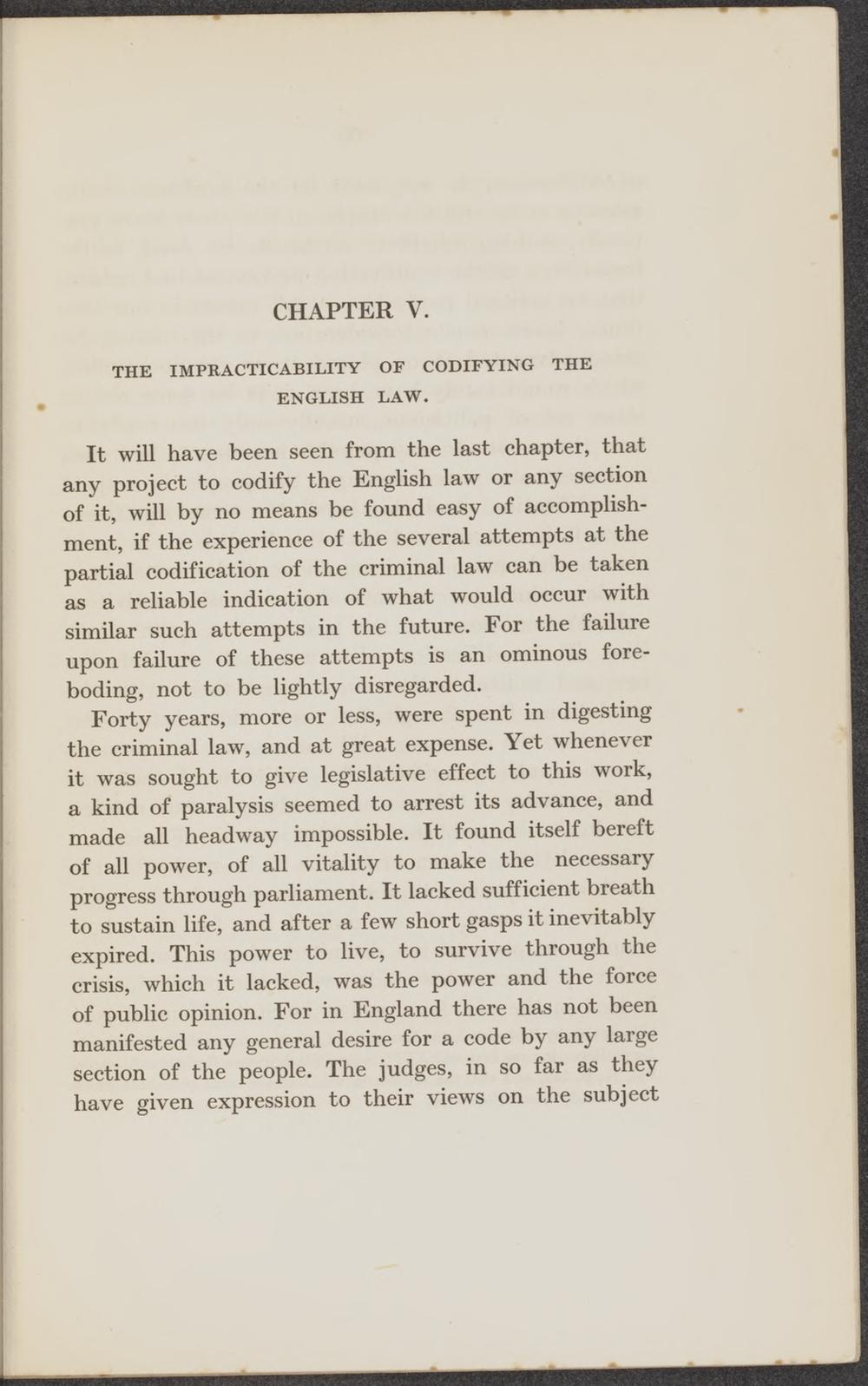 THE IMPRACTICABILTTY OF CODIFYING THE ENGLISH LAW.

It wül have been seen from the last chapter, that any project to codify the English law or any section of it, wül by no means be found easy of accomplishment, if the experience of the several attempts at the partial codification of the criminal law can be taken as a reliable indication of what would occur with gimüar such attempts in the future. For the faüure upon faüure of these attempts is an ominous foreboding, not to be lightly disregarded.

Forty years, more or less, were spent in digesting the criminal law, and at great expense. Yet whenever it was sought to give legislative effect to this work, a kind of paralysis seemed to arrest its advance, and made all headway impossible. It found itself bereft of all power, of aü vitality to make the necessary progress through parliament. It lacked sufficiënt breath to sustain life, and after a few short gasps it inevitably expired. This power to live, to survive through the crisis, which it lacked, was the power and the force of public opinion. For in England there has not been manifested any general desire for a code by any large section of the people. The judges, in so far as they have given expression to their views on the subject