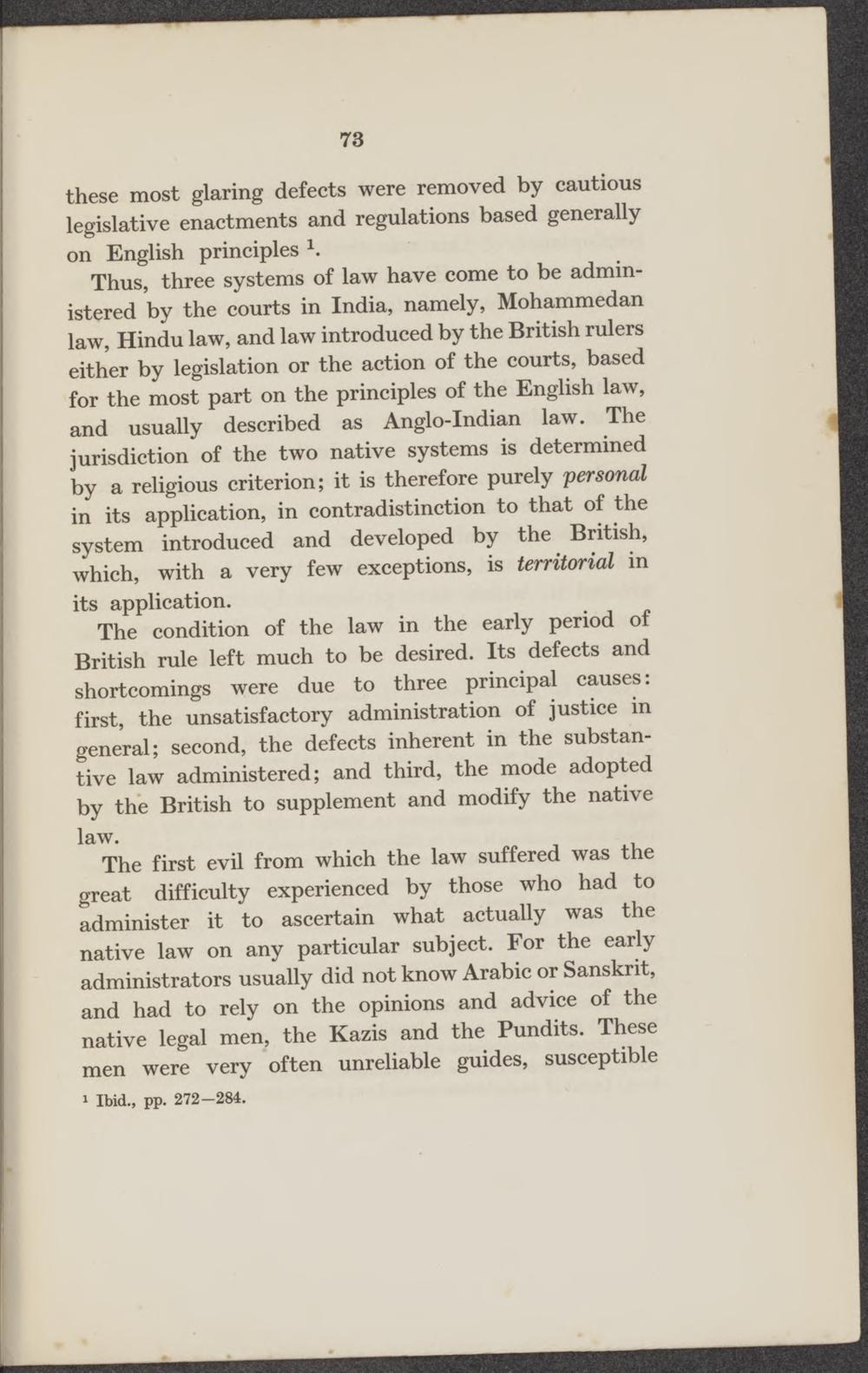 these most glaring defects were removed by cautious legislative enactments and regulations based generaUy on English principles *.

Thus, three systems of law have come to be administered 'by the courts in India, namely, Mohammedan law, Hindu law, and law introduced by the British rulers either by legislation or the action of the courts, based for the most part on the principles of the English law, and usually described as Anglo-Indian law. The jurisdiction of the two native systems is determined by a religious criterion; it is therefore purely personal in its application, in contradistinction to that of the system introduced and developed by the British, which, with a very few exceptions, is territorial in its application.

The condition of the law in the early period of British rule left much to be desired. Its defects and shortcomings were due to three principal causes: first, the unsatisfactory administration of justice m general; second, the defects inherent in the substantive law administered; and third, the mode adopted by the British to supplement and modify the native law.

The first evil from which the law suffered was the great difficulty experienced by those who had to administer it to ascertain what actually was the native law on any particular subject. For the early administrators usually did not know Arabic or Sanskrit, and had to rely on the opinions and advice of the native legal men, the Kazis and the Pundits. These men were very of ten unreliable guides, susceptible