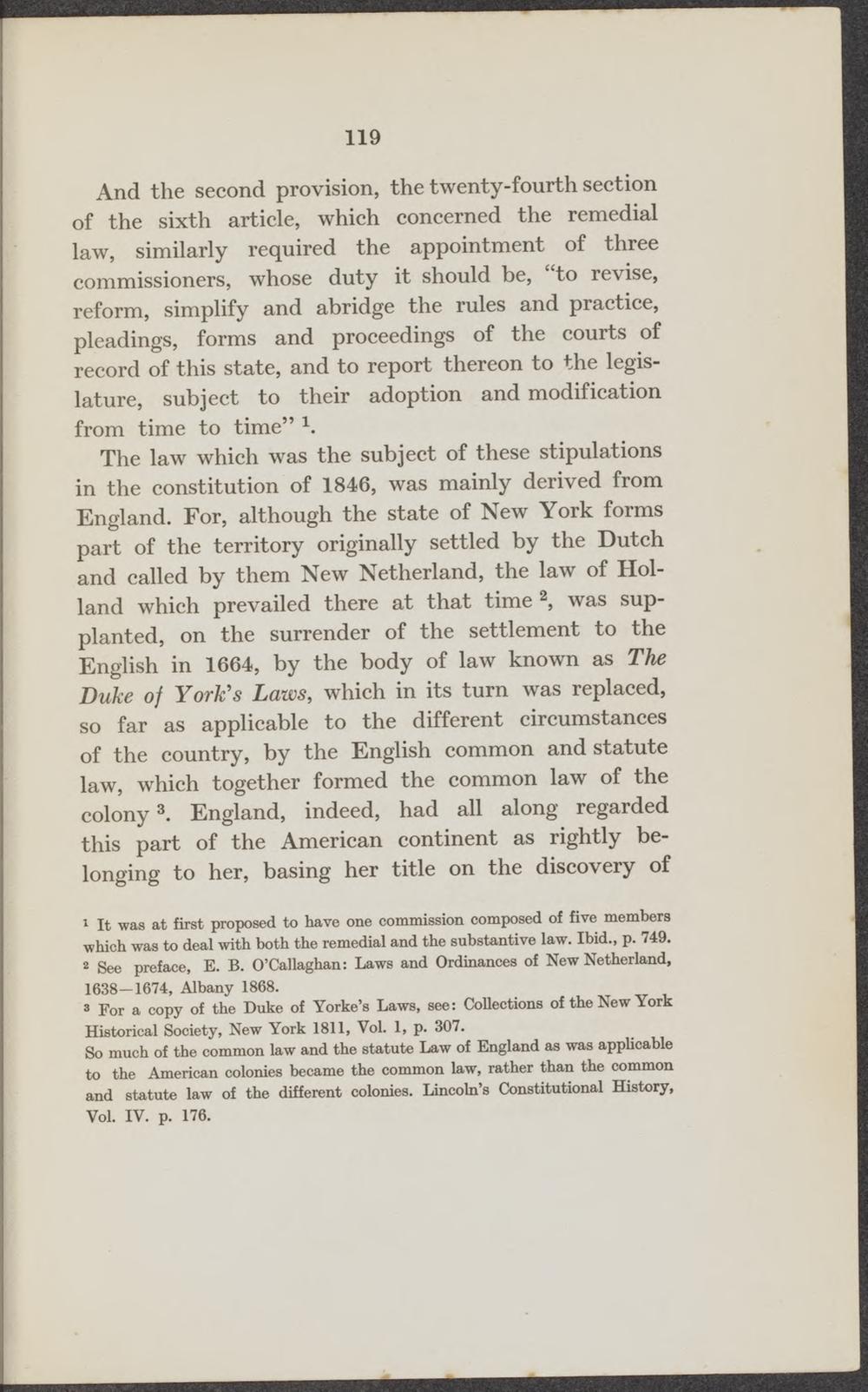 And the second provision, the twenty-fourth section of the sixth article, which concerned the remedial law, similarly required the appointment of three commissioners, whose duty it should be, "to revise, reform, simplify and abridge the rules and practice, pleadings, forms and proceedings of the courts of record of this state, and to report thereon to the legislature, subject to their adoption and modification from time to time" x.

The law which was the subject of these stipulations in the constitution of 1846, was mainly derived from England. For, although the state of New York forms part of the territory originally settled by the Dutch and called by them New Netherland, the law of Holland which prevailed there at that time2, was supplanted, on the surrender of the settlement to the English in 1664, by the body of law known as The Duke of York's Laws, which in its turn was replaced, so far as applicable to the different circumstances of the country, by the English common and statute law, which together formed the common law of the colony3. England, indeed, had all along regarded this part of the American continent as rightly belonging to her, basing her title on the discovery of

* It was at first proposed to have one commission composed of five members which was to deal with both the remedial and the substantive law. Ibid., p. 749. 2 See preface, E. B. O'Callaghan: Laws and Ordinances of New Netherland, 1638—1674, Albany 1868.

So much of the common law and the statute Law of England as was applicable to the American colonies became the common law, rather than the common and statute law of the different colonies. Lincoln's Constitutional History, VoL IV. p. 176.