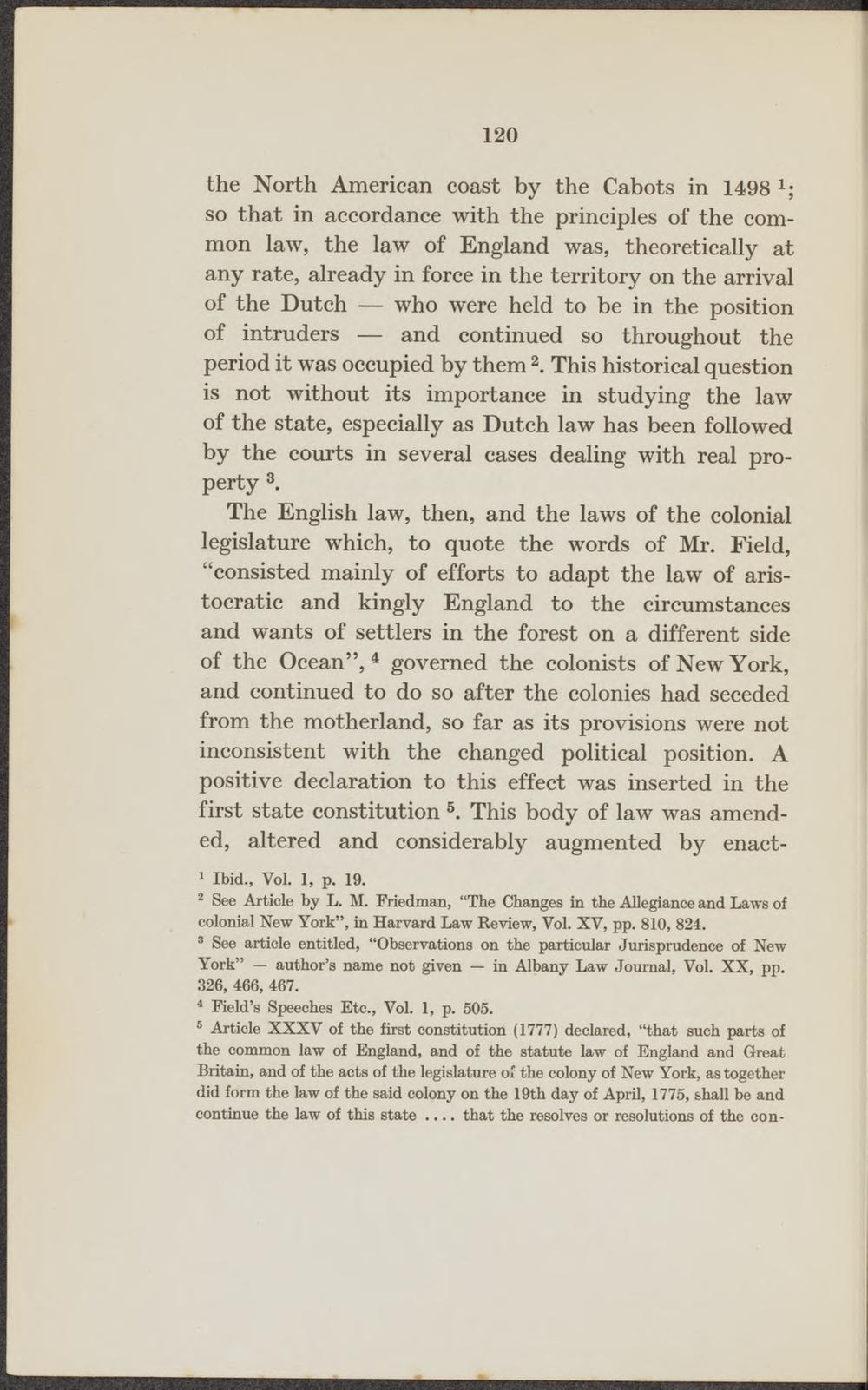 the North American coast by the Cabots in 1498 x; so that in accordance with the principles of the common law, the law of England was, theoretically at any rate, already in force in the territory on the arrival of the Dutch — who were held to be in the position of intruders — and continued so throughout the period it was occupied by them 2. This historica! question is not without its importance in studying the law of the state, especially as Dutch law has been followed by the courts in several cases dealing with real property 3.

The English law, then, and the laws of the colonial legislature which, to quote the words of Mr. Field, "consisted mainly of efforts to adapt the law of aristocratie and kingly England to the circumstances and wants of settlers in the forest on a different side of the Ocean",4 governed the colonists of New York, and continued to do so after the colonies had seceded from the motherland, so far as its provisions were not inconsistent with the changed political position. A positive declaration to this effect was inserted in the first state constitution 5. This body of law was amended, altered and considerably augmented by enact-

8 Artiele XXXV of the first constitution (1777) declared, "that such parts of the common law of England, and of the statute law of England and Great Britain, and of the acts of the legislature of the colony of New York, as together did form the law of the said colony on the 19th day of April, 1775, shall be and continue the law of this state .... that the resolves or resolutions of the oon-