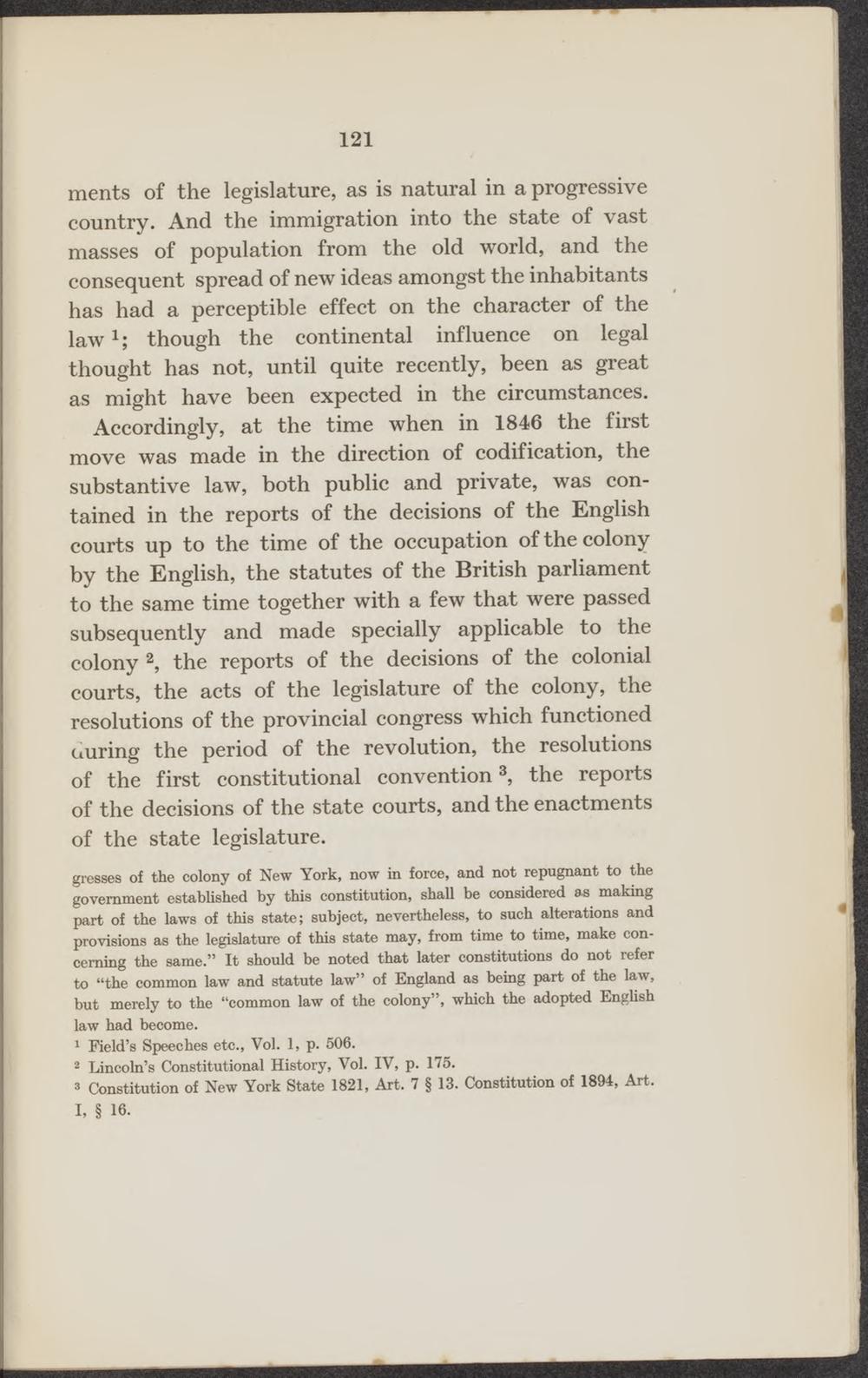 ments of the legislature, as is natural in a progressive country. And the immigration into the state of vast masses of population from the old world, and the consequent spread of new ideas amongst the inhabitants has had a perceptible effect on the character of the law ut though the Continental influence on legal thought has not, until quite recently, been as great as might have been expected in the circumstances.

gresses of the colony of New York, now in force, and not repugnant to the government established by this constitution, shall be considered as making part of the laws of this state; subject, nevertheless, to such alterations and provisions as the legislature of this state may, from time to time, make concerning the same." It should be noted that later constitutions do not refer to "the common law and statute law" of England as being part of the law, but merely to the "common law of the colony", which the adopted English law had become.