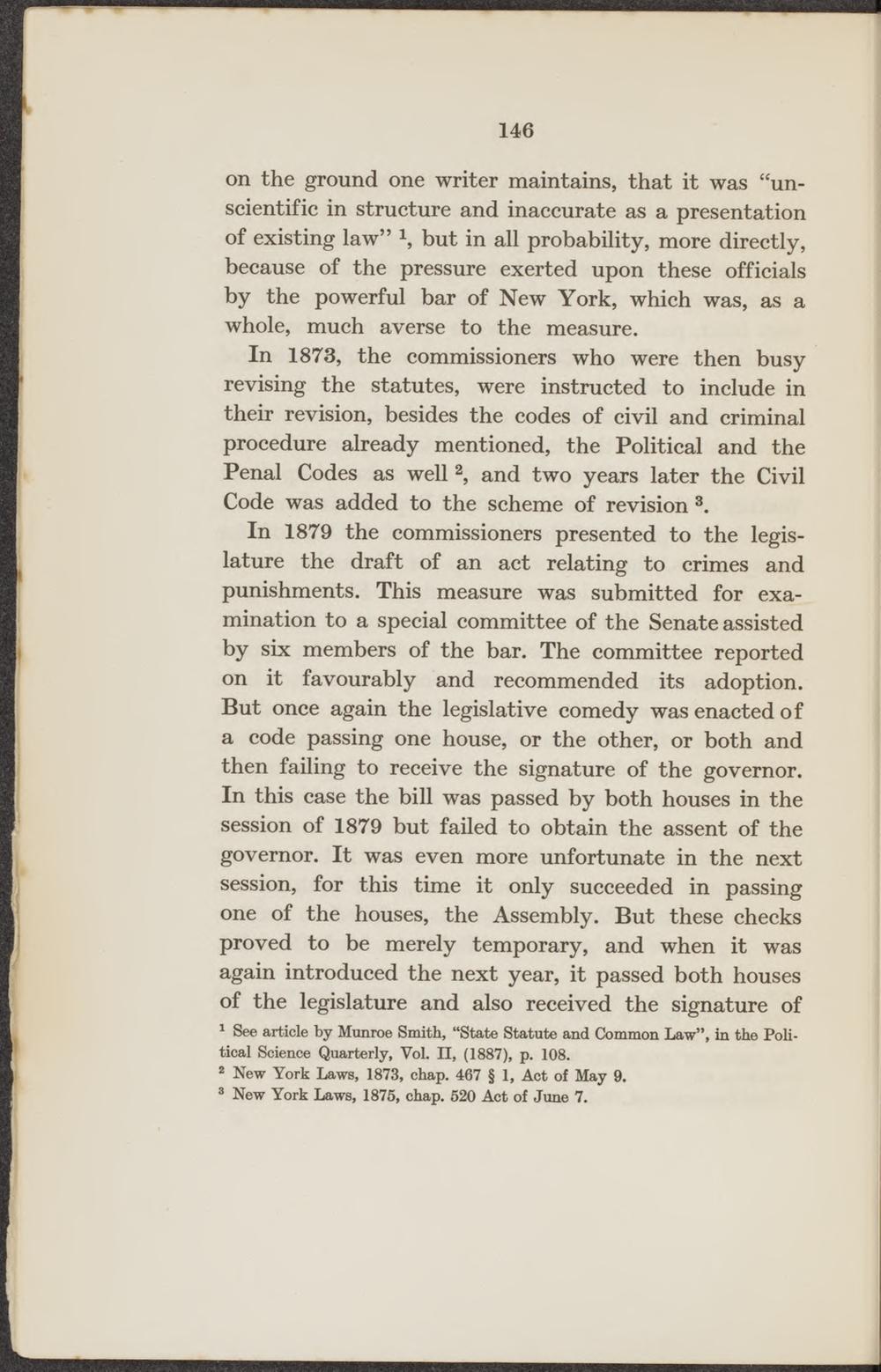 on the ground one writer maintains, that it was "unscientific in structure and inaccurate as a presentation of existing law" *, but in all probability, more directly, because of the pressure exerted upon these officials by the powerful bar of New York, which was, as a whole, much averse to the measure.

In 1873, the commissioners who were then busy revising the statutes, were instructed to include in their revision, besides the codes of civil and criminal procedure already mentioned, the Political and the Penal Codes as well2, and two years later the Civil Code was added to the scheme of revision 8.

In 1879 the commissioners presented to the legislature the draft of an act relating to crimes and punishments. This measure was submitted for examination to a special committee of the Senate assisted by six members of the bar. The committee reported on it favourably and recommended its adoption. But once again the legislative comedy was enacted of a code passing one house, or the other, or both and then failing to receive the signature of the governor. In this case the bill was passed by both houses in the session of 1879 but failed to obtain the assent of the governor. It was even more unfortunate in the next session, for this time it only succeeded in passing one of the houses, the Assembly. But these checks proved to be merely temporary, and when it was again introduced the next year, it passed both houses of the legislature and also received the signature of