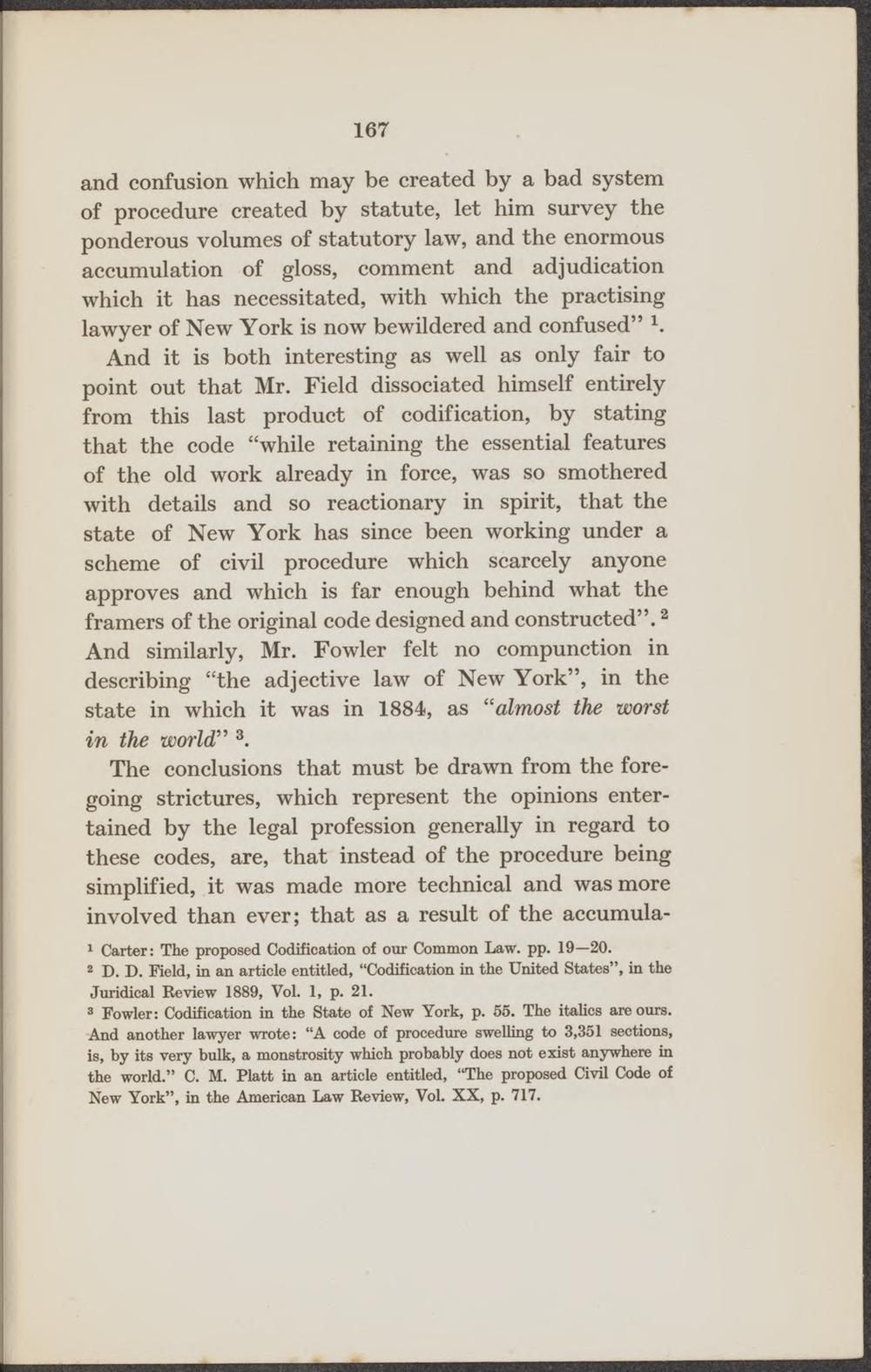 and confusión which may be created by a bad system of procedure created by statute, let him survey the ponderous volumes of statutory law, and the enormous accumulation of gloss, comment and adjudication which it has necessitated, with which the practising lawyer of New York is now bewildered and confused" *.

And it is both interesting as well as only fair to point out that Mr. Field dissociated himself entirely from this last product of codification, by stating that the code "while retaining the essential features of the old work already in force, was so smothered with details and so reactionary in spirit, that the state of New York has since been working under a scheme of civil procedure which scarcely anyone approves and which is far enough behind what the framers of the original code designed and constructed".2 And similarly, Mr. Fowler feit no compunction in describing "the adjective law of New York", in the state in which it was in 1884, as "almost the worst in the world" 8.

The conclusions that must be drawn from the foregoing strictures, which represent the opinions entertained by the legal profession generally in regard to these codes, are, that instead of the procedure being simplified, it was made more technical and was more involved than ever; that as a result of the accumui a-

* D. D. Field, in an artiele entitled, "Codification in the United States", in the

8 Fowler: Codification in the State of New York, p. 66. The italics are oura. And another lawyer wrote: "A code of procedure swelling to 3,351 sections, is, by its very bulk, a monstrosity which probably does not exist anywhere in the world." C. M. Platt in an artiele entitled, "The proposed Civil Code of New York", in the American Law Review, VoL XX, p. 717.