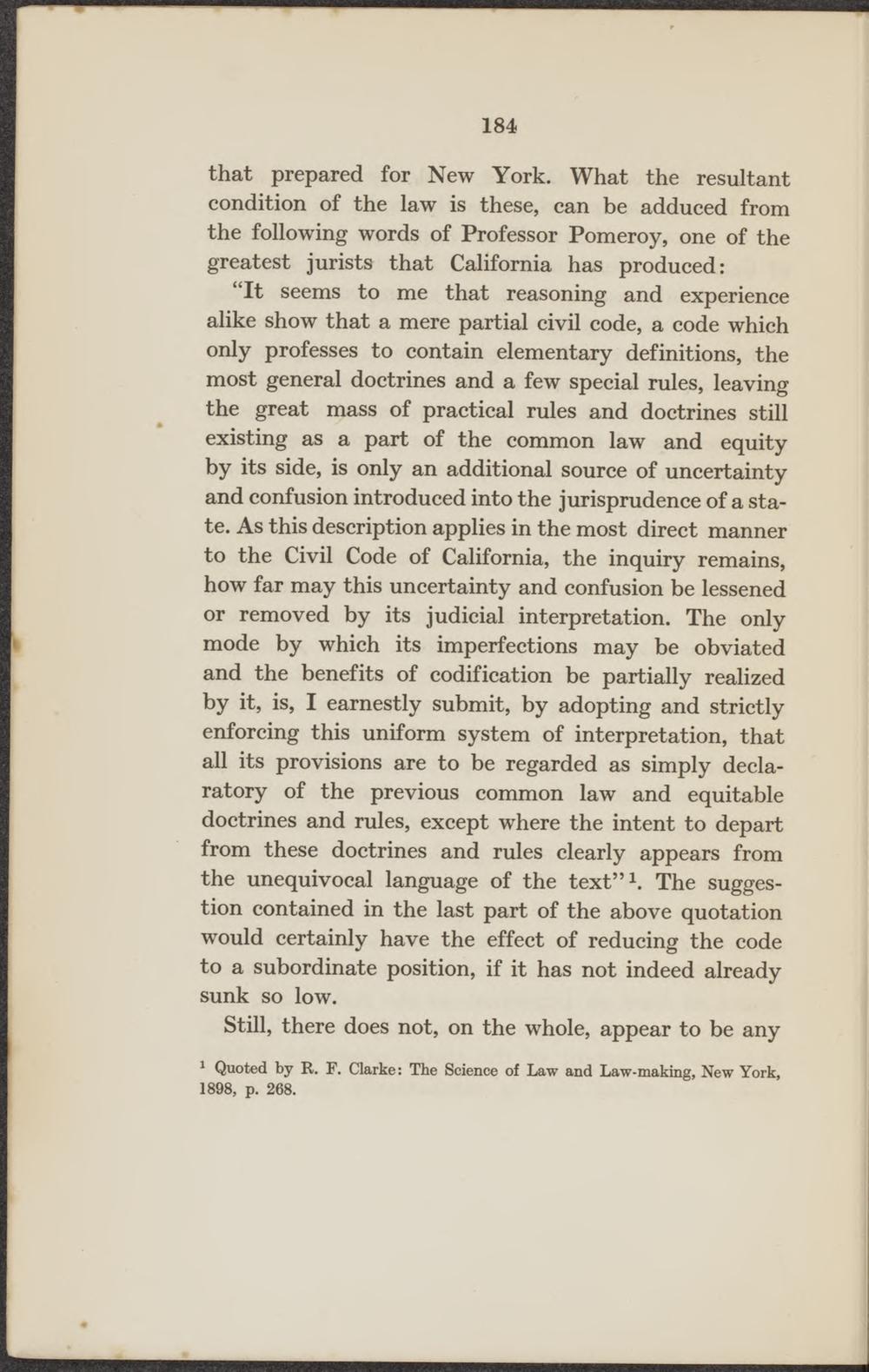 that prepared for New York. What the resultant condition of the law is these, can be adduced from the following words of Professor Pomeroy, one of the greatest jurists that California has produced:

"It seems to me that reasoning and experience alike show that a mere partial civil code, a code which only professes to contain elementary definitions, the most general doctrines and a few special rules, leaving the great mass of practical rules and doctrines still existing as a part of the common law and equity by its side, is only an additional source of uncertainty and confusion introduced into the jurisprudence of a state. As this description applies in the most direct manner to the Civil Code of California, the mquiry remains, how far may this uncertainty and confusion be lessened or removed by its judicial interpretation. The only mode by which its imperfections may be obviated and the benefits of codification be partially realized by it, is, I earnestly submit, by adopting and strictly enforcing this uniform system of interpretation, that all its provisions are to be regarded as simply declaratory of the previous common law and equitable doctrines and rules, except where the intent to depart from these doctrines and rules clearly appears from the unequivocal lang uage of the text" The suggestion contained in the last part of the above quotation would certainly have the effect of reducing the code to a subordinate position, if it has not indeed already sunk so low.

Still, there does not, on the whole, appear to be any