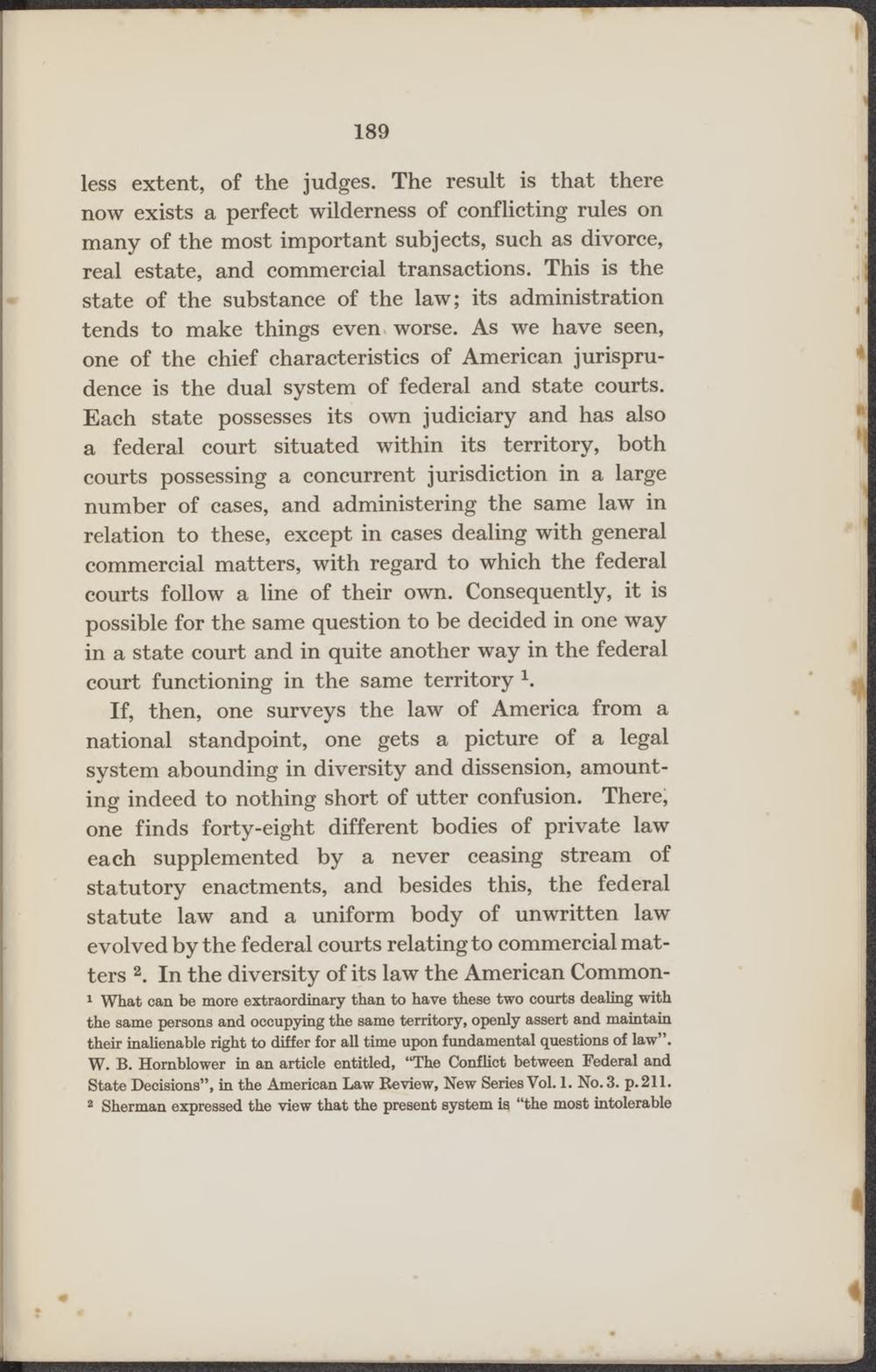 less extent, of the judges. The result is that there now exists a perfect wilderness of conflicting rules on many of the most important subjects, such as divorce, real estate, and commercial transactions. This is the state of the substance of the law; its administration tends to make things even. worse. As we have seen, one of the chief characteristics of American jurisprudence is the dual system of federal and state courts. Each state possesses its own judiciary and has also a federal court situated within its territory, both courts possessing a concurrent jurisdiction in a large number of cases, and administering the same law in relation to these, except in cases dealing with general commercial matters, with regard to which the federal courts follow a line of their own. Consequently, it is possible for the same question to be decided in one way in a state court and in quite another way in the federal court functioning in the same territory *.

If, then, one surveys the law of America from a national standpoint, one gets a picture of a legal system abounding in diversity and dissension, amounting indeed to nothing short of utter confusion. There, one finds forty-eight different bodies of private law each supplemented by a never ceasing stream of statutory enactments, and besides this, the federal statute law and a uniform body of unwritten law evolved by the federal courts relating to commercial matters 2. In the diversity of its law the American Common-

1 What can be more extraordinary than to have these two courts dealing with the same persons and oocupying the same territory, openly assert and maintain their inalienable right to differ for all time upon fundamental questions of law". W. B. Hornblower in an artiele entitled, "The Conflict between Federal and State Decisions", in the American Law Review, New Series VoL 1. No. 3. p. 211.