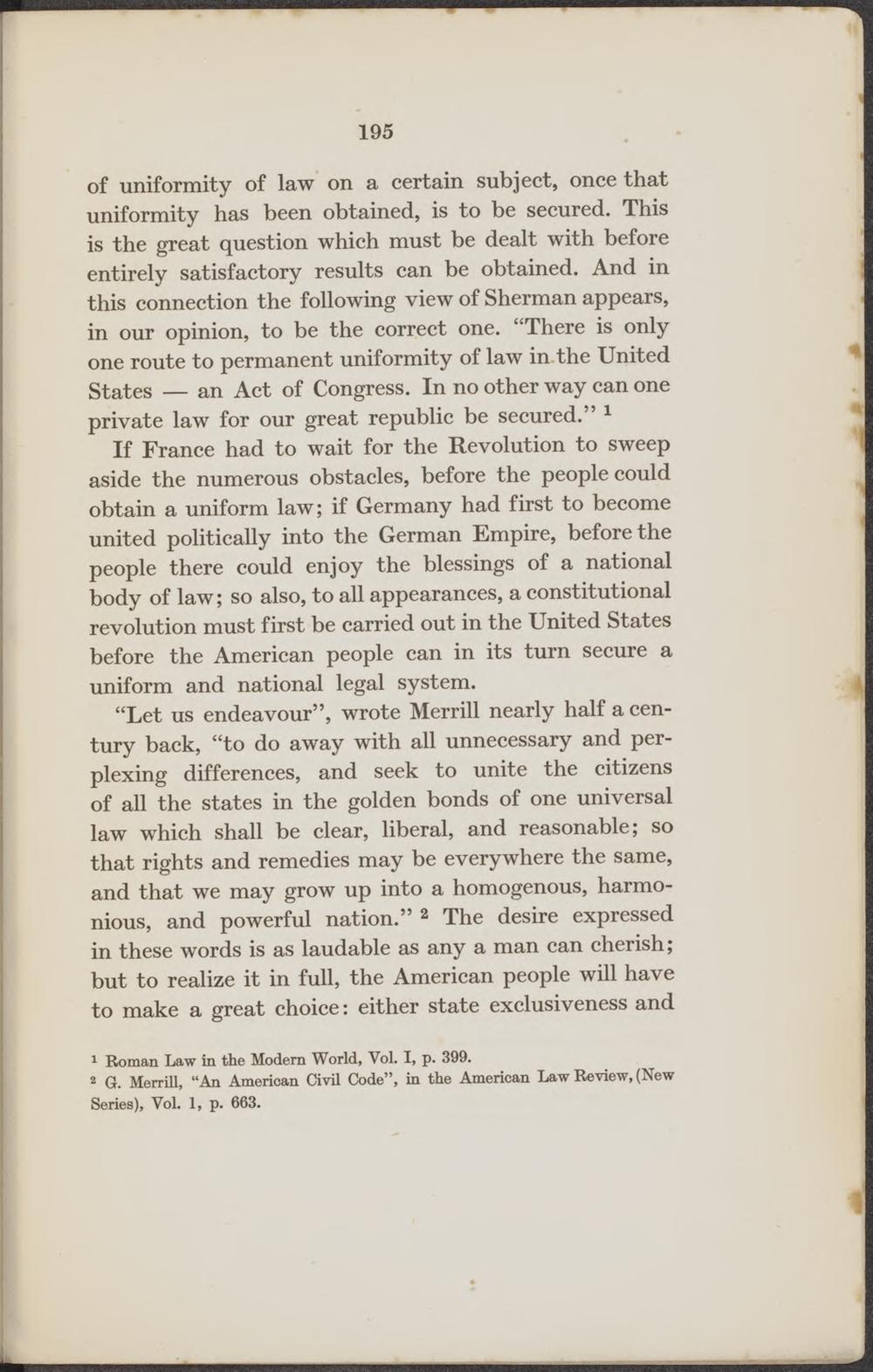 of uniformity of law' on a certain subject, once that uniformity has been obtained, is to be secured. This is the great question which must be dealt with before entirely satisfactory results can be obtained. And in this connection the following view of Sherman appears, in our opinion, to be the correct one. "There is only one route to permanent uniformity of law in-the United States — an Act of Congress. In no other way can one private law for our great republic be secured." 1

If France had to wait for the Revolution to sweep aside the numerous obstacles, before the people could obtain a uniform law; if Germany had first to become united politically into the German Empire, before the people there could enjoy the blessings of a national body of law; so also, to all appearances, a constitutional revolution must first be carried out in the United States before the American people can in its turn secure a uniform and national legal system.

"Let us endeavour", wrote Merrill nearly half a century back, "to do away with all unnecessary and perplexing differences, and seek to unite the citizens of all the states in the golden bonds of one universal law which shall be clear, liberal, and reasonable; so that rights and remedies may be everywhere the same, and that we may grow up into a homogenous, harmonious, and powerful nation." 2 The desire expressed in these words is as laudable as any a man can cherish; but to realize it in full, the American people will have to make a great choice: either state exclusiveness and