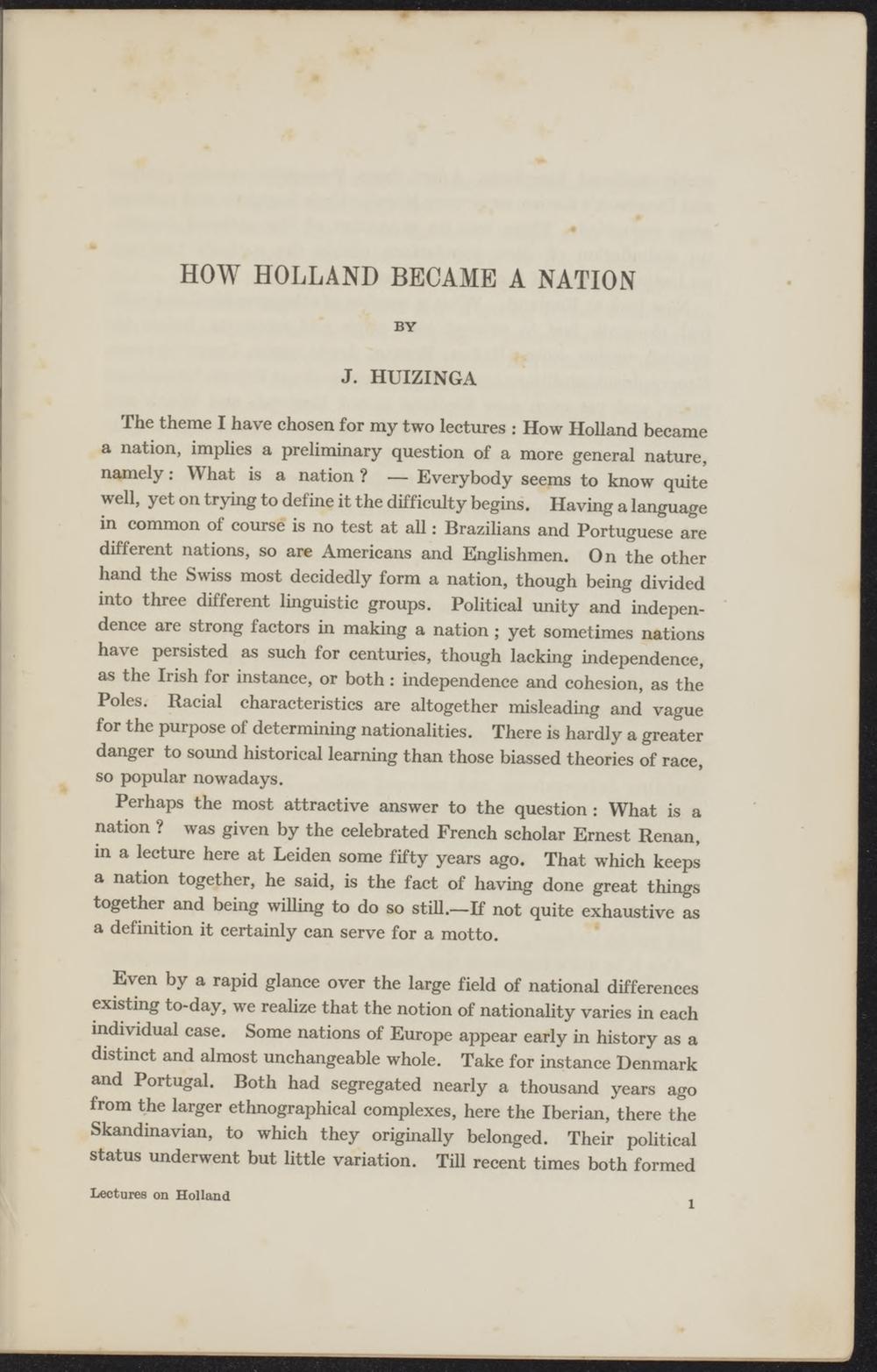 HOW HOLLAND BECAME A NATION

The theme I have chosen for my two lectures : How Holland became a nation, implies a preliminary question of a more general nature, namely: What is a nation ? — Everybody seems to know quité well, yet on trying to define it the difficulty beging. Having a language in common of coursé* is no test at all: Brazüians and Portuguese are different nations, so are Americans and Englishmen. On the other hand the Swiss most decidedly form a nation, though being divided into three different linguistic groups. Political unity and independence are strong factors in making a nation; yet sometimes nations have persisted as such for centuries, though lacking independence, as the Irish for instance, or both: independence and cohesion, as thé Poles. Racial characteristics are altogether misleading and vague for the purpose of deteimining nationalities. There is hardly a greater danger to sound historical learning than those biassed theories of race, so popular nowadays.

Perhaps the most attractive answer to the question: What is a nation ? was given by the celebrated French scholar Ernest Renan, in a lecture here at Leiden some fifty years ago. That which keeps a nation togejher, he said, is the fact of having done great things together and being willing to do so stül.—If not quite exhaustive as a definition it certainly can serve for a motto.

Even by a rapid glance over the large field of national differences existing to-day, we realize that the notion of nationality varies in each individual case. Some nations of Europe appear eariy in history as a distinct and almost unchangeable whole. Take for instance Denmark and Portugal. Both had segregated nearly a thousand years ago from the larger ethnographical complexes, here the Iberian, there the Skandinavian, to which they originally belonged. Their political status underwent but Uttle variation. Till recent times both formed