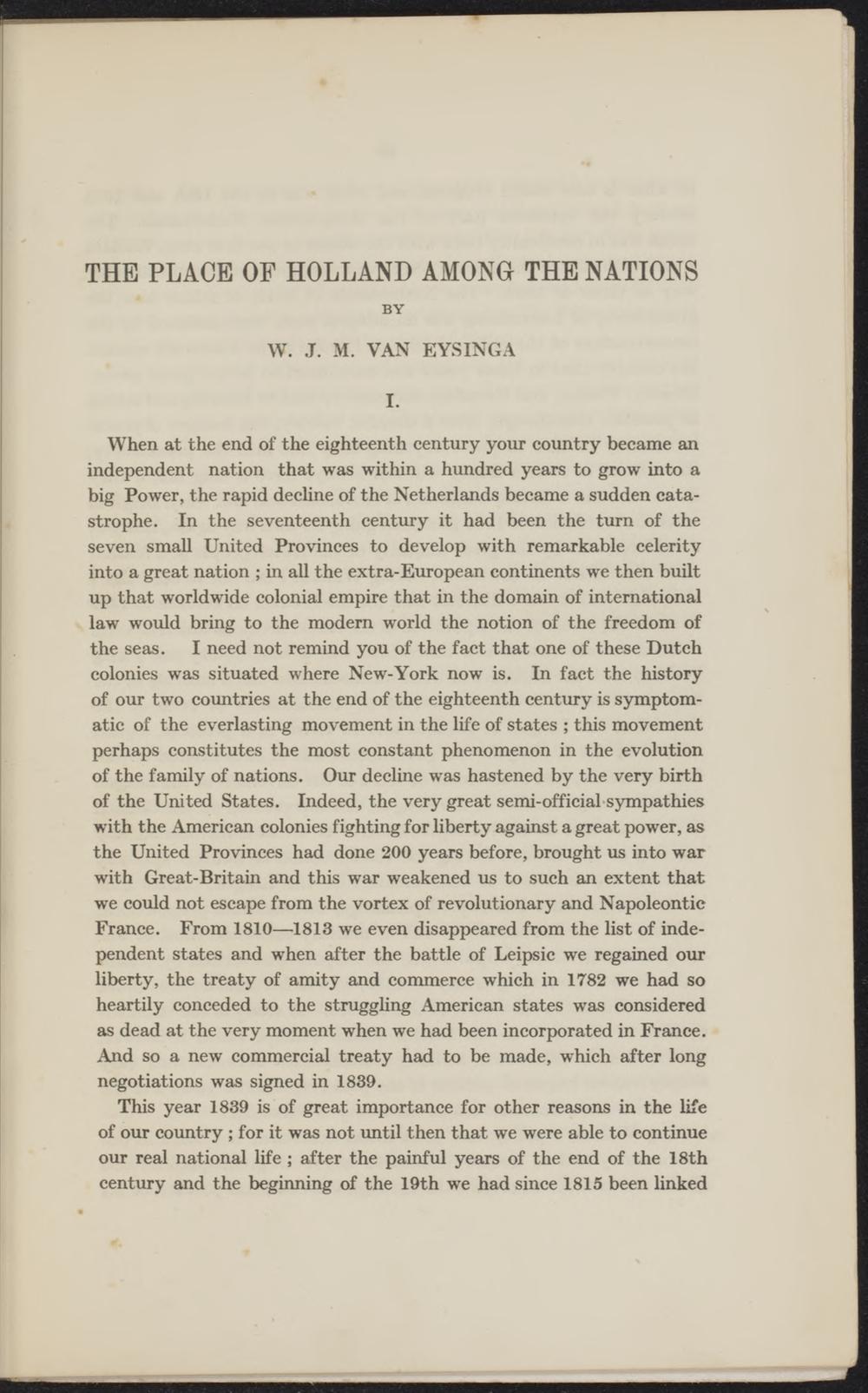 THE PLACE OF HOLLAND AMONG THE NATIONS

When at the end of the eighteenth century your country became an independent nation that was within a hundred years to grow into a big Power, the rapid decline of the Netherlands became a sudden catastrophe. In the seventeenth century it had been the turn of the seven small United Provinces to develop with remarkable celerity into a great nation ; in all the extra-European continents we then built up that worldwide colonial empire that in the domain of international law would bring to the modern world the notion of the freedom of the seas. I need not remind you of the fact that one of these Dutch colonies was situated where New-York now is. In fact the history of our two countries at the end of the eighteenth century is symptomatic of the everlasting movement in the life of states ; this movement perhaps constitutes the most constant phenomenon in the evolution of the family of nations. Our decline was hastened by the very birth cf the United States. Indeed, the very great semi-official sympathies with the American colonies fighting for liberty against a great power, as the United Provinces had done 200 years before, brought us into war with Great-Britain and this war weakened us to such an extent that we could not escape from the vortex of revolutionary and Napoleontic France. From 1810—1818 we even disappeared from the list of independent states and when after the battle of Leipsic we regained our liberty, the treaty of amity and commerce which in 1782 we had so heartily conceded to the struggling American states was considered as dead at the very moment when we had been incorporated in France. And so a new commercial treaty had to be made, which after long negotiations was signed in 1839.

This year 1839 is of great importance for other reasons in the life of our country; for it was not until then that we were able to continue our real national life; after the painful years of the end of the 18th century and the beginning of the 19th we had since 1815 been linked