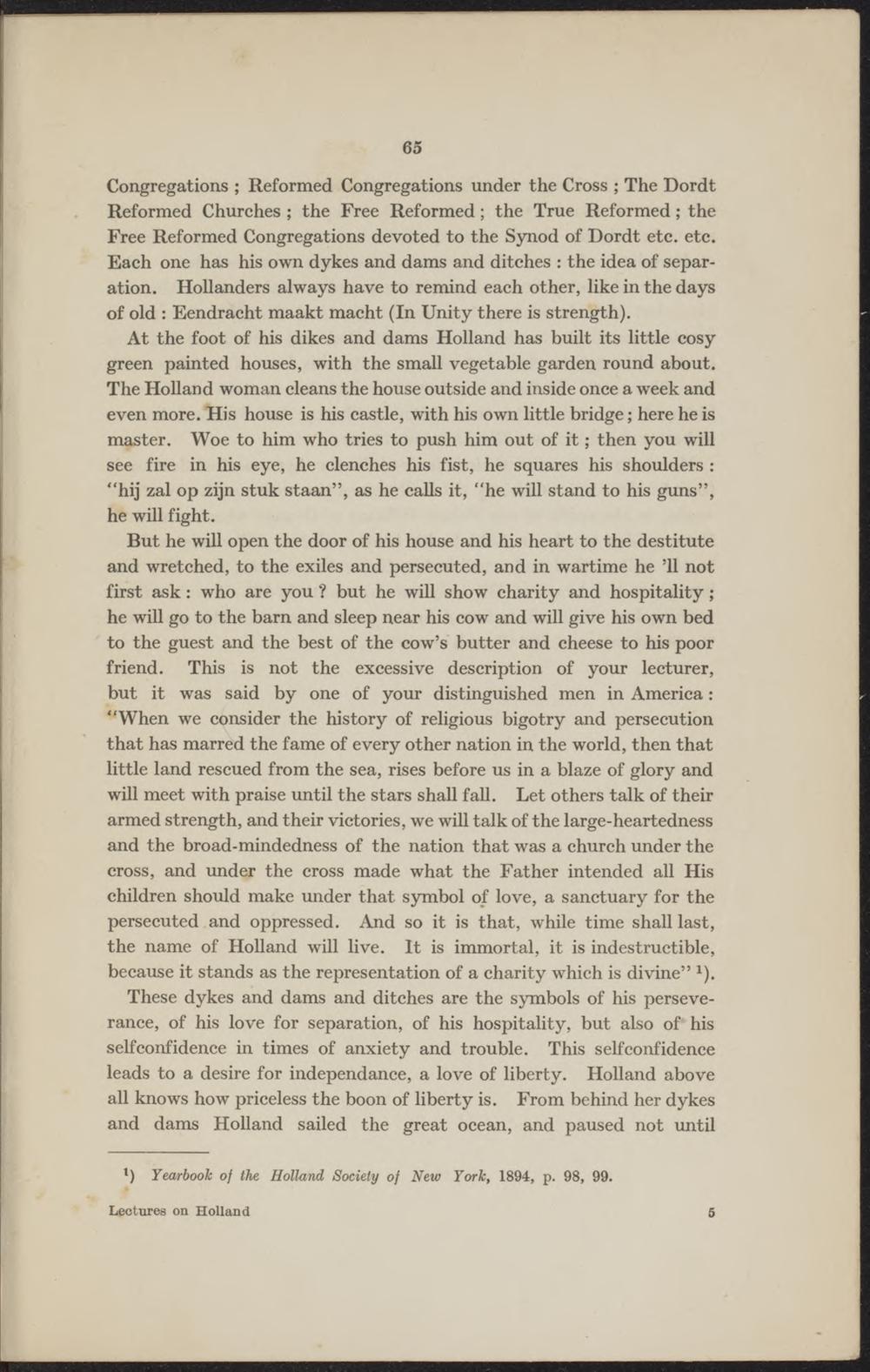 At the foot of his dikes and dams Holland has built its little cosy green painted houses, with the small vegetable garden round about. The Holland woman cleans the house outside and inside once a week and even more. nis house is his castle, with his own little bridge; here he is master. Woe to him who tries to push him out of it; then you will see fire in his eye, he clenches his fist, he squares his shoulders: "hij zal op zijn stuk staan", as he calls it, "he will stand to his guns", he will fight.

But he will open the door of his house and his heart to the destitute and wretched, to the exiles and persecuted, and in wartime he '11 not first ask: who are you ? but he will show charity and hospitality; he will go to the barn and sleep near his cow and will give his own bed to the guest and the best of the cow's butter and cheese to his poor friend. This is not the excessive description of your lecturer, but it was said by one of your distinguished men in America: ■"When we consider the history of religious bigotry and persecutibn that has marred the fame of every other nation in the world, then that little land rescued from the sea, rises before us in a blaze of glory and will meet with praise until the stars shall fall. Let others talk of their armed strength, and their victories, we will talk of the large-heartedness and the broad-mindedness of the nation that was a church under the cross, and under the cross made what the Father intended all His children should make under that symbol of love, a sanctuary for the persecuted .and oppressed. And so it is that, while time shall last, the name of Holland will live. It is immortal, it is indestructible, because it stands as the representation of a charity which is divine" x).

These dykes and dams and ditches are the symbols of his perseverance, of his love for separation, of his hospitality, but also of* bis s elf confidence in times of anxiety and trouble. This s elf confidence leads to a desire for independance, a love of liberty. Holland above all knows how priceless the boon of liberty is. From behind her dykes and dams Holland sailed the great ocean, and paused hot until