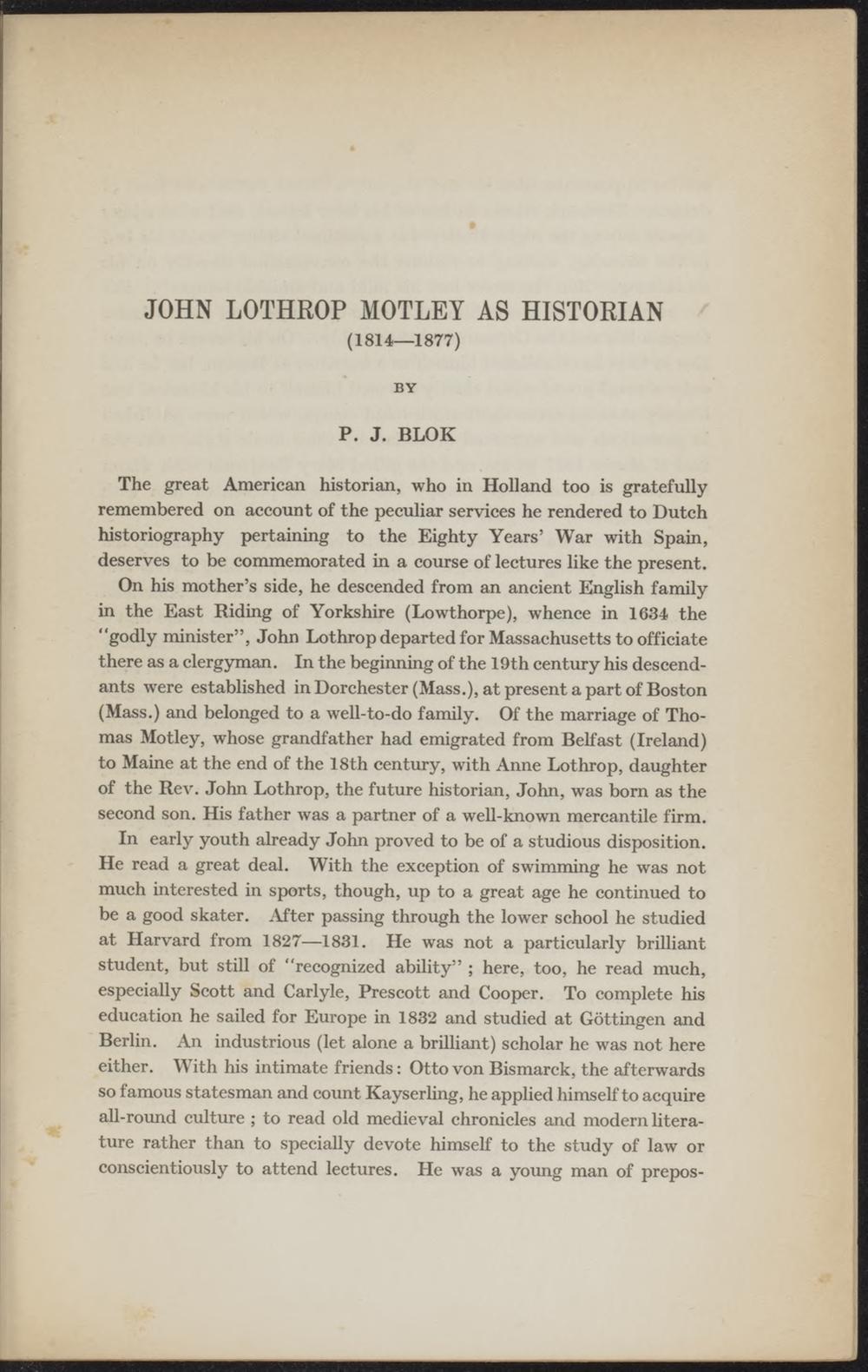 The great American historian, who in Holland too is gratefully remembered on account of the peculiar services he rendered to Dutch historiography pertaining to the Eighty Years' War with Spain, deserves to be commemorated in a course of lectures like the present.

On bis mother's side, he descended from an ancient English family in the East Riding of Yorkshire (Lowthorpe), whence in 1634 the "godly minister", John LothropdepartedforMassachusettstoofficiate there as a clergyman. In the beginning of the 19th century his descendants were established in Dorchester (Mass.), at present apart of Boston (Mass.) and belonged to a well-to-do family. Of the marriage of Thomas Motley, whose grandfather had emigrated from Belfast (Ireland) to Maine at the end of the 18th century, with Anne Lothrop, daughter of the Rev. John Lothrop, the future historian, John, was born as the second son. His father was a partner of a well-known mercantile firm.

In early youth already John proved to be of a studious disposition. He read a great deal. With the exception of swimming he was not much interested in sports, though, up to a great age he continued to be a good skater. After passing through the lower school he studied at Harvard from 1827—1831. He was not a particularly brilhant student, but still of "recognized abüity" ; here, too, he read much, especially Scott and Carlyle, Prescott and Cooper. To complete his education he sailed for Europe in 1832 and studied at Göttingen and Berlin. An industrious (let alone a brilHant) scholar he was not here either. With his intimate friends: Otto von Bismarck, the afterwards so famous statesman and count Kayserling, he applied himself to acquire all-round culture ; to read old medieval chronicles and modern literature rather than to specially devote himself to the study of law or eonscientiously to attend lectures. He was a young man of prepos-