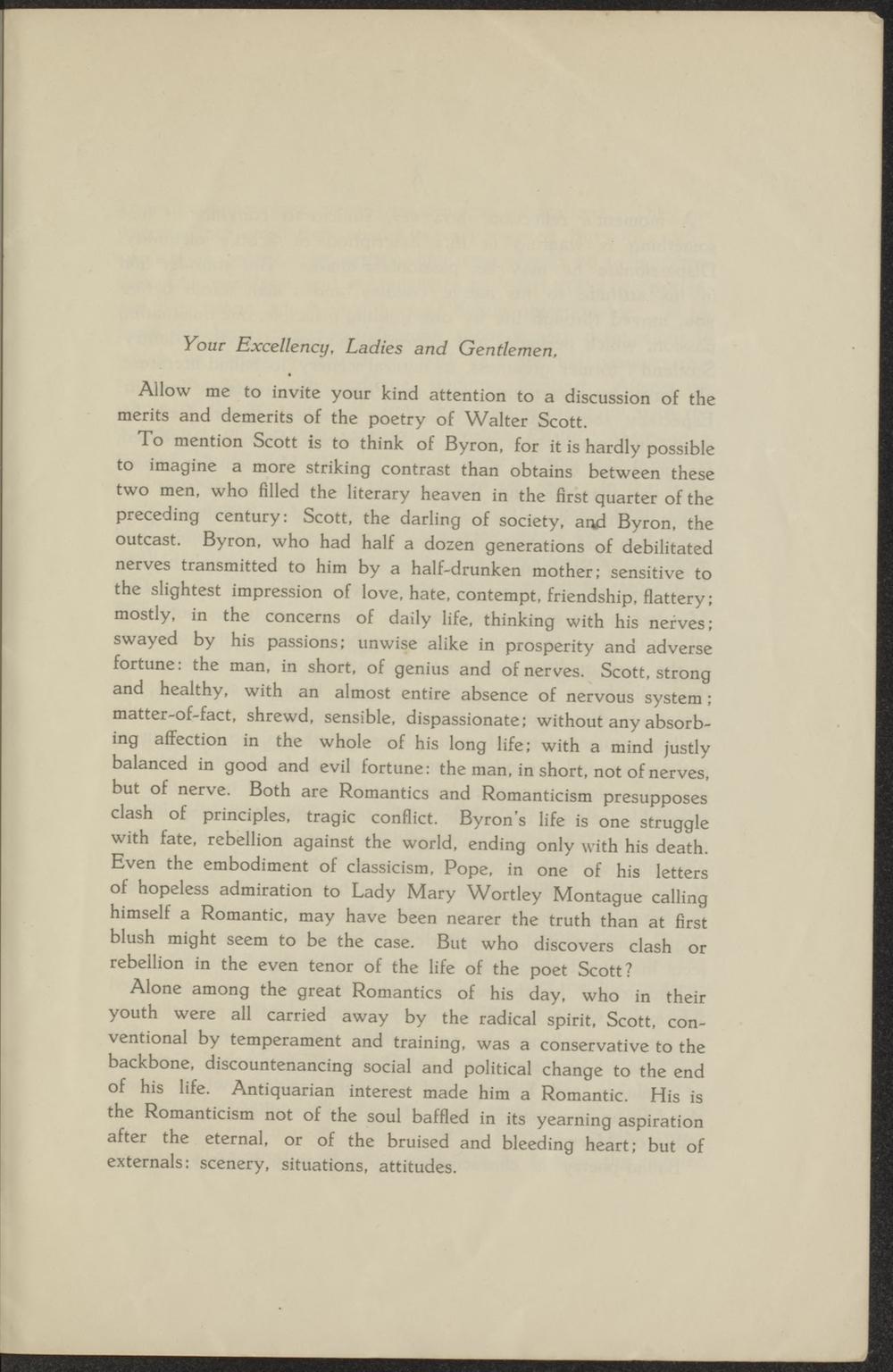 Allow me to invite your kind attention to a discussion of the merits and dements of the poetry of Walter Scott.

To mention Scott is to think of Byron, for it is hardly possible to imagine a more striking contrast than obtains between these two men, who Blled the literary heaven in the first quarter of the preceding century: Scott, the dading of society, and Byron, the outcast. Byron, who had half a dozen generations of debilitated nerves transmitted to him by a half-drunken mother; sensitive to the slightest impression of love, hate, contempt, friendship, flattery; mostly, in the concerns of daily life, thinking with his nerves; swayed by his passions; unwise alike in prosperity and adverse fortune: the man, in short, of genius and of nerves. Scott, strong and healthy, with an almost entire absence of nervous system; matter-of-fact, shrewd, sensible, dispassionate; without any absorbing afifection in the whole of his long life; with a mind justly balanced in good and evil fortune: the man, in short, not of nerves, but of nerve. Both are Romantics and Romanticism presupposes clash of principles, tragic conOict. Byron's life is one struggle with fate, rebellion against the world, ending only with his death. Even the embodiment of classicism, Pope, in one of his letters of hopeless admiration to Lady Mary Wortley Montague calling himself a Romantic, may have been nearer the truth than at first blush might seem to be the case. But who discovers clash or rebelüon in the even tenor of the life of the poet Scott?

Alone among the great Romantics of his day, who in their youth were all carried away by the radical spirit, Scott, conventional by temperament and training, was a conservative to the backbone, discountenancing social and political change to the end of his life. Antiquarian interest made him a Romantic. His is the Romanticism not of the soul bafned in its yearning aspiration after the eternal, or of the bruised and bleeding heart; but of externals: scenery, situations, attitudes.