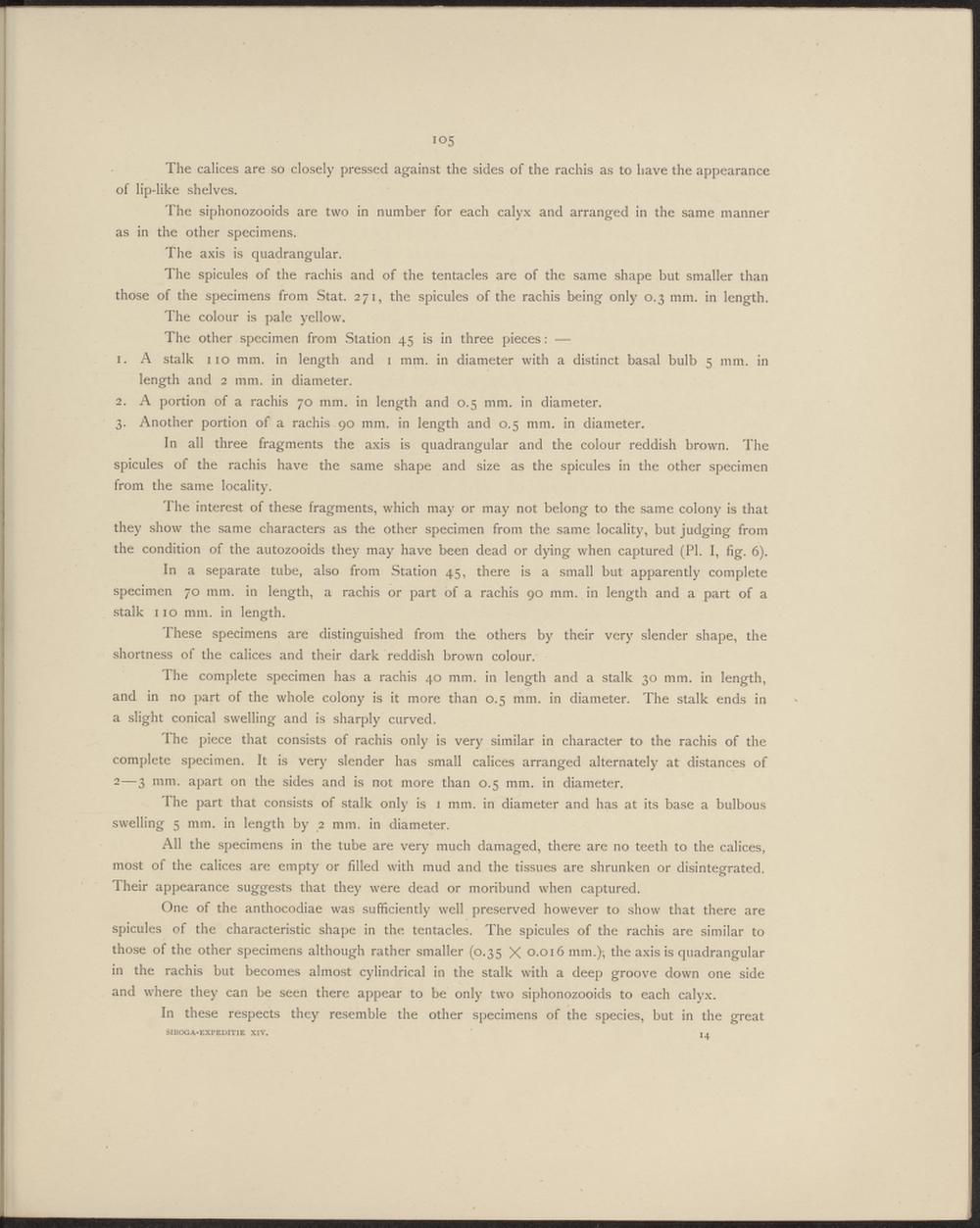 The calices are so closely pressed against the sides of the rachis as to have the appearance of lip-like shelves.

The siphonozooids are two in number for each calyx and arranged in the same manner as in the other specimens.

The axis is quadrangular.

The other specimen from Station 45 is in three pieces: —

In all three fragments the axis is quadrangular and the colour reddish brown. The spicules of the rachis have the same shape and size as the spicules in the other specimen from the same locality.

The interest of these fragments, which may or may not belong to the same colony is that they show the same characters as the other specimen from the same locality, but judging from the condition of the autozooids they may have been dead or dying when captured (PI. I, fig. 6).

These specimens are distinguished from the others by their very slender shape, the shortness of the calices and their dark reddish brown colour.

The complete specimen has a rachis 40 mm. in length and a stalk 30 mm. in length, and in no part of the whole colony is it more than 0.5 mm. in diameter. The stalk ends in a slight conical swelling and is sharply curved.

The piece that consists of rachis only is very similar in character to the rachis of the complete specimen. It is very slender has small calices arranged alternately at distances of 2—3 mm. apart on the sides and is not more than 0.5 mm. in diameter.

All the specimens in the tube are very much damaged, there are no teeth to the calices, most of the calices are empty or filled with mud and the tissues are shrunken or disintegrated. Their appearance suggests that they were dead or moribund when captured.

One of the anthocodiae was sufficiently well preserved however to show that there are spicules of the characteristic shape in the tentacles. The spicules of the rachis are similar to those of the other specimens although rather smaller (0.35 X 0.016 mm.)« the axis is quadrangular in the rachis but becomes almost cylindrical in the stalk with a deep groove down one side and where they can be seen there appear to be only two siphonozooids to each calyx.

In these respects they resemble the other specimens of the species, but in the great