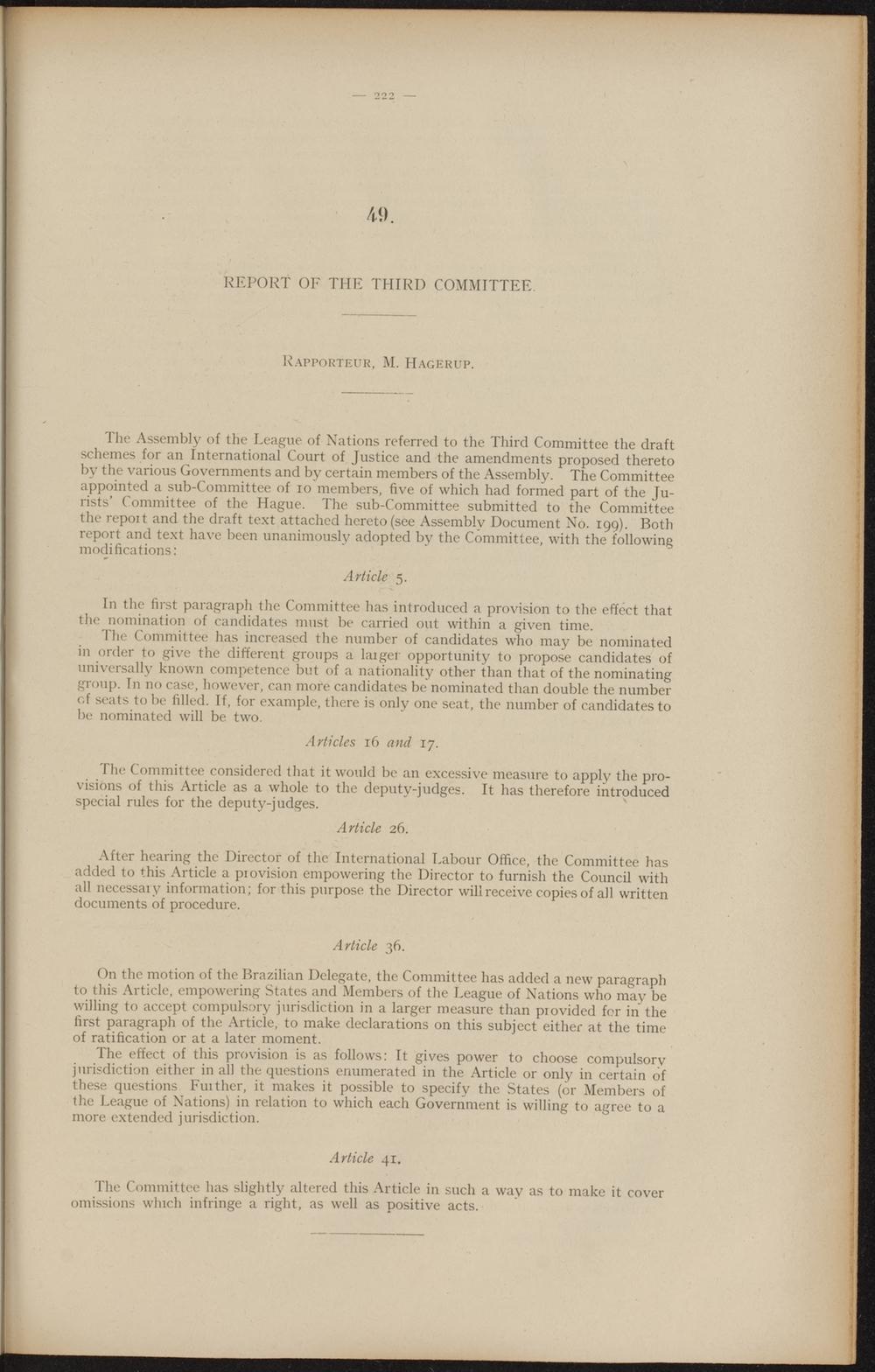 REPORT OF THE THIRD COMMITTEE.

The Assembly of the League of Nations referred to the Third Committee the draft schemes for an International Court of Justice and the amendments proposed thereto by the various Governments and by certain members of the Assembly. The Committee appointed a sub-Committee of 10 members, five of which had formed part of the Jurists' Committee of the Hague. The sub-Committee submitted to the Committee the repoit and the draft text attached hereto (see Assemblv Document No. 199). Both report and text have been unanimously adopted by the Committee, with the followine modifications:

In the first paragraph the Committee has introduced a provision to the effect that the nomination of candidates must be carried out within a given time.

After hearing the Director of the International Labour Office, the Committee has added to this Article a provision empowering the Director to furnish the Council with all necessary information; for this purpose the Director will receive copies of all written documents of procedure.

On the motion of the Brazilian Delegate, the Committee has added a new paragraph to this Article, empowering States and Members of the League of Nations who may be willing to accept compulsory jurisdiction in a larger measure than provided for in the first paragraph of the Article, to make déclarations on this subject either at the time of ratification or at a later moment.

The effect of this provision is as follows: It gives power to choose compulsory jurisdiction either in all the questions enumerated in the Article or only in certain of these questions Fuither, it makes it possible to specify the States (or Members of the League of Nations) in relation to which each Government is willing to agree to a more extended jurisdiction.

The Committee has slightly altered this Article in such a way as to make it cover omissions which infringe a right, as well as positive acts.