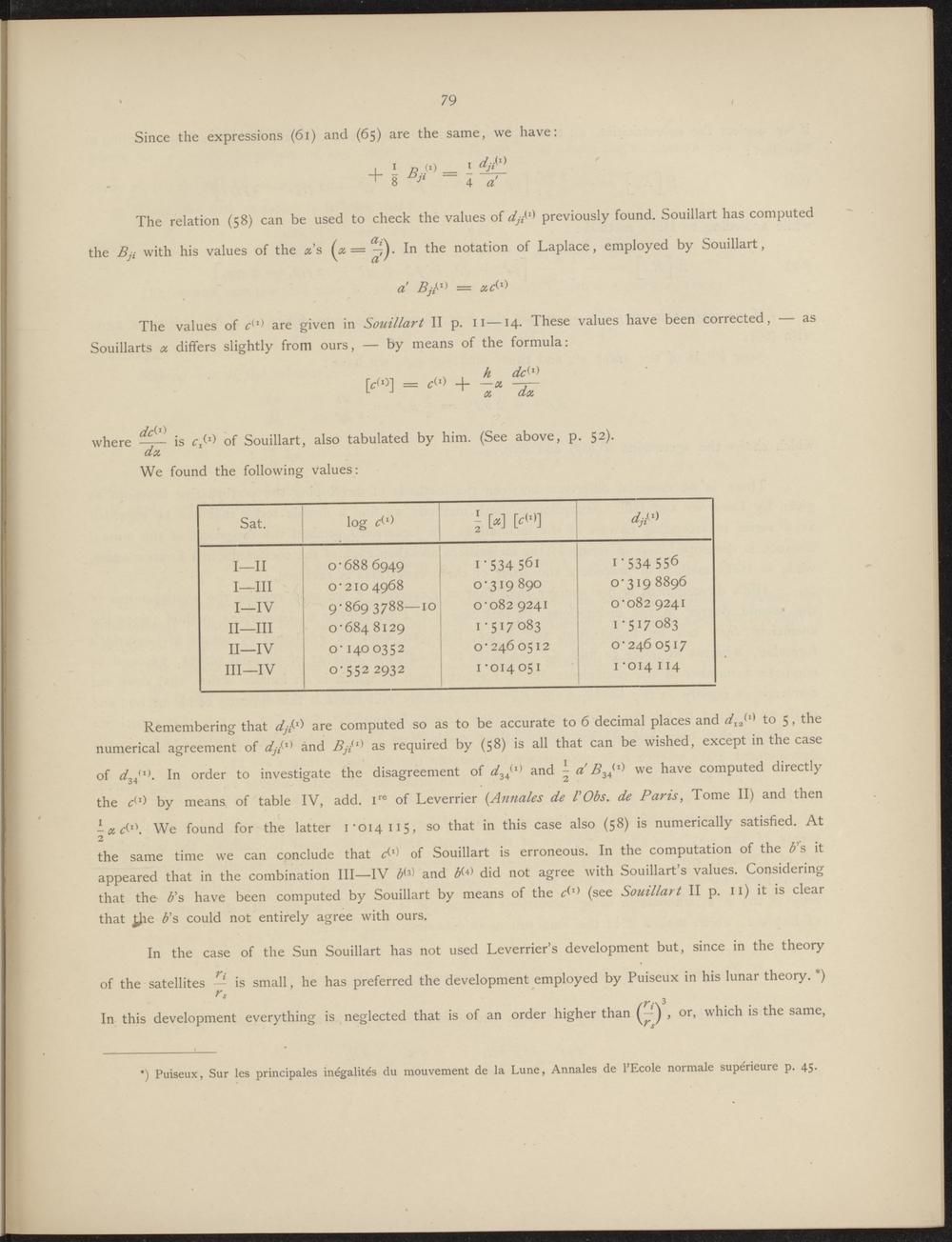 The relation (58) can be used to check the values of previously found. Souillart has computed the Bji with his values of the a's (* = "-). In the notation of Laplace, employed by Souillart,

The values of 4™ are given in Souillart II p. 11—14. These values have been corrected, — as Souillarts x differs slightly from ours, — By means of the formula:

We found the following values:

Remembering that Jj&i are computed so as to be accurate to 6 decimal places and to 5, the numerical agreement of dj^ and Bjt* as required by (58) is all that can be wished, except in the case of In order to investigate the disagreement of d3^ and \ a'B3^ we have computed directly

the c<0 by means of table IV, add. ire of Leverrier {Annales de l'Obs. de Paris, Tome II) and then i « <<*>. We found for the latter 1-014115, so that in this case also (58) is numerically satisfied. At the same time we can conclude that e<'> of Souillart is erroneous. In the computation of the fts it appeared that in the combination III—IV W and JU) did not agree with Souillart's values. Considering that the o's have been computed by Souillart by means of the (see Souillart II p. 11) it is clear that #ie è's could not entirely agree with ours.

In the case of the Sun Souillart has not used Leverrier's development but, since in the theory

of the satellites - is small, he has preferred the development employed by Puiseux in his lunar theory. *)

In this development everything is neglected that is of an order higher than (-^) , or, which is the same,