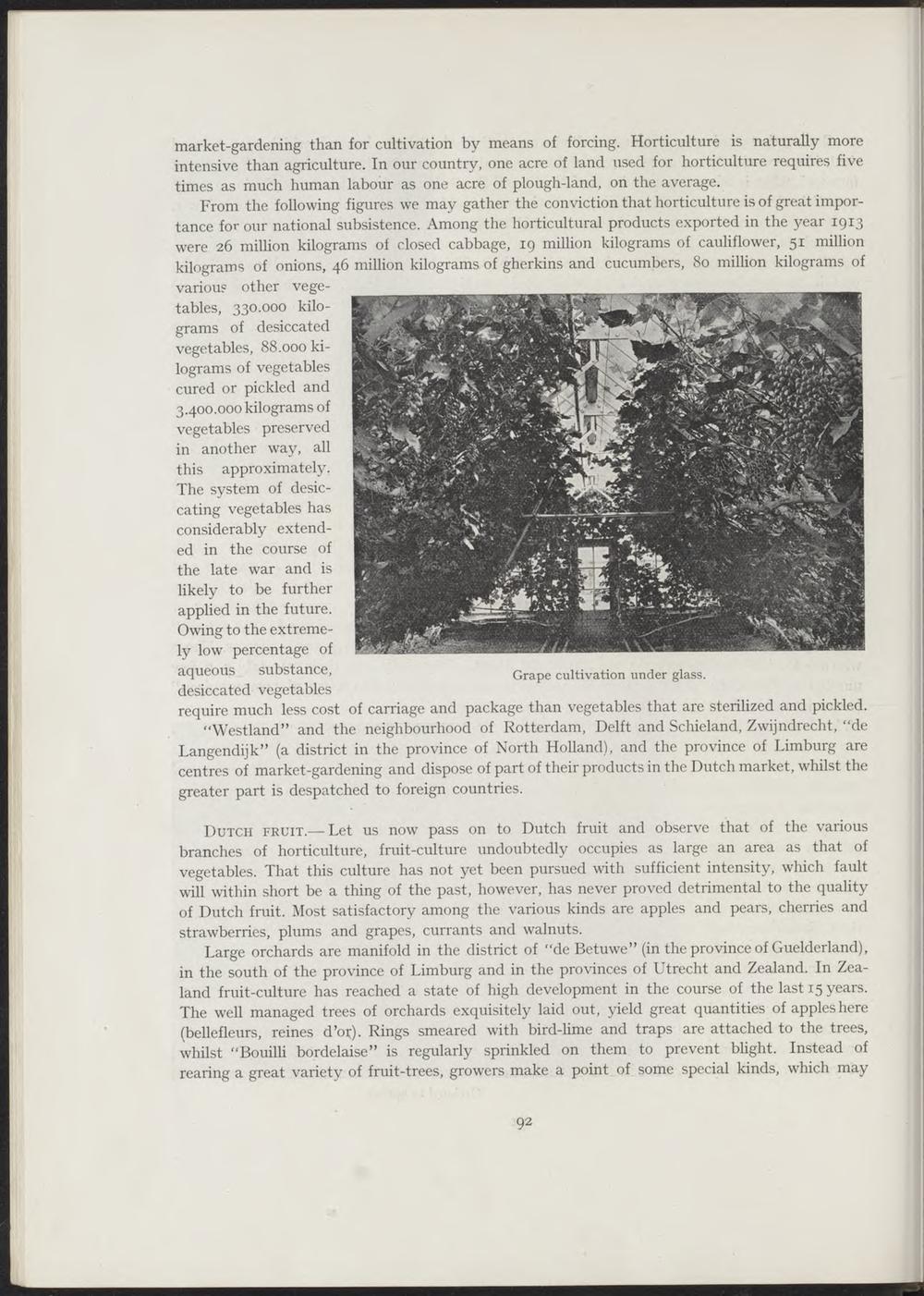 market-gardening than for cultivation by means of forcing. Horticulture is naturally more intensive than agriculture. In our country, one acre of land used for horticulture requires five times as much human labour as one acre of plough-land, on the average.

require much less cost of carriage and package than vegetables that are sterilized and pickled.

"Westland" and the neighbourhood of Rotterdam, Delft and Schieland, Zwijndrecht, "de Langendijk" (a district in the province of North Holland), and the province of Limburg are centres of market-gardening and dispose of part of their products in the Dutch market, whilst the greater part is despatched to foreign countries.

Dutch fruit.— Let us now pass on to Dutch fruit and observe that of the various branches of horticulture, fruit-culture undoubtedly occupies as large an area as that of vegetables. That this culture has not yet been pursued with sufficiënt intensity, which fault wül within short be a thing of the past, however, has never proved detrimental to the quahty of Dutch fruit. Most satisfactory among the various kinds are apples and pears, cherries and strawberries, plums and grapes, currants and walnuts.

Large orchards are manifold in the district of "de Betuwe" (in the province of Guelderland), in the south of the province of Limburg and in the provinces of Utrecht and Zealand. In Zealand fruit-culture has reached a state of high development in the course of the last 15 years. The weü managed trees of orchards exquisitely laid out, yield great quantities of apples here (beüefleurs, reines d'orj. Rings smeared with bird-lime and traps are attached to the trees, whüst "Bouüli bordelaise" is regularly sprinkled on them to prevent bhght. Instead of rearing a great variety of fruit-trees, growers make a point of some special kinds, which may