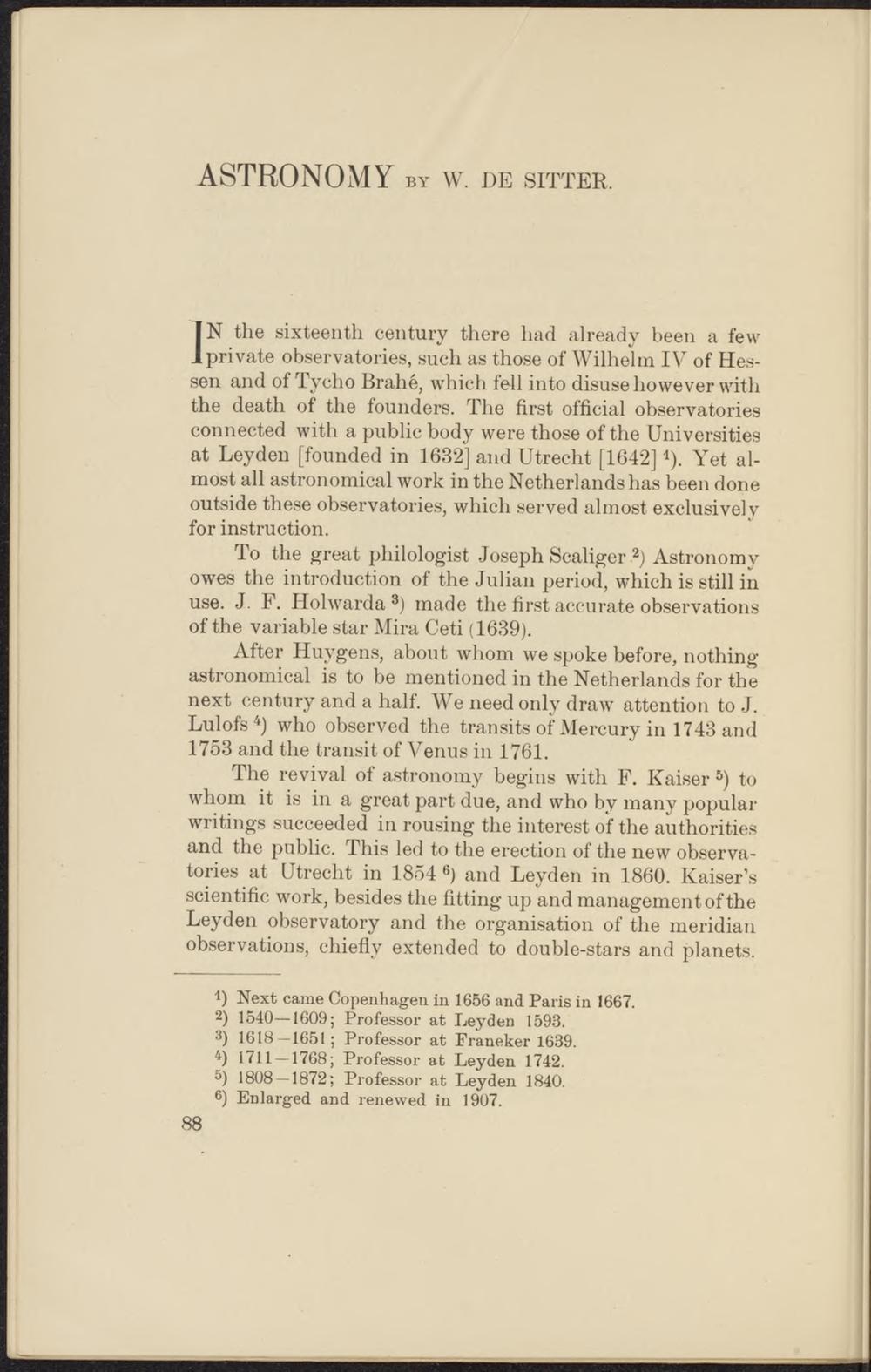 ]N the sixteenth century there had already been a few private observatories, such as those of Wilhelm IV of Hessen and of Tycho Brahé, which feil into disuse however with the death of the founders. The first official observatories connected with a public body were those of the Universities at Leyden [founded in 1632] and Utrecht [1642] Yet almost all astronomical work in the Netherlands has been done outside these observatories, which served almost exclusively for instruction.

To the great philologist Joseph Scaliger .2) Astronomy owes the introduction of the Julian period, which is still in use. J. F. Holwarda 3) made the first accurate observations of the variable star Mira Ceti (1639).

After Huygens, about whom we spoke before, nothing astronomical is to be mentioned in the Netherlands for the next century and a half. We need only draw attention to J. Lulofs 4) who observed the transits of Mercury in 1743 and 1753 and the transit of Venus in 1761.

The revival óf astronomy begins with F. Kaiser 6) to whom it is in a great part due, and who by many popular writings succeeded in rousing the interest of the authorities and the public. This led to the erection of the new observatories at Utrecht in 1854 6) and Leyden in 1860. Kaiser's scientific work, besides the fitting up and management of the Leyden observatory and the organisation of the meridian observations, chiefly extended to double-stars and planets.