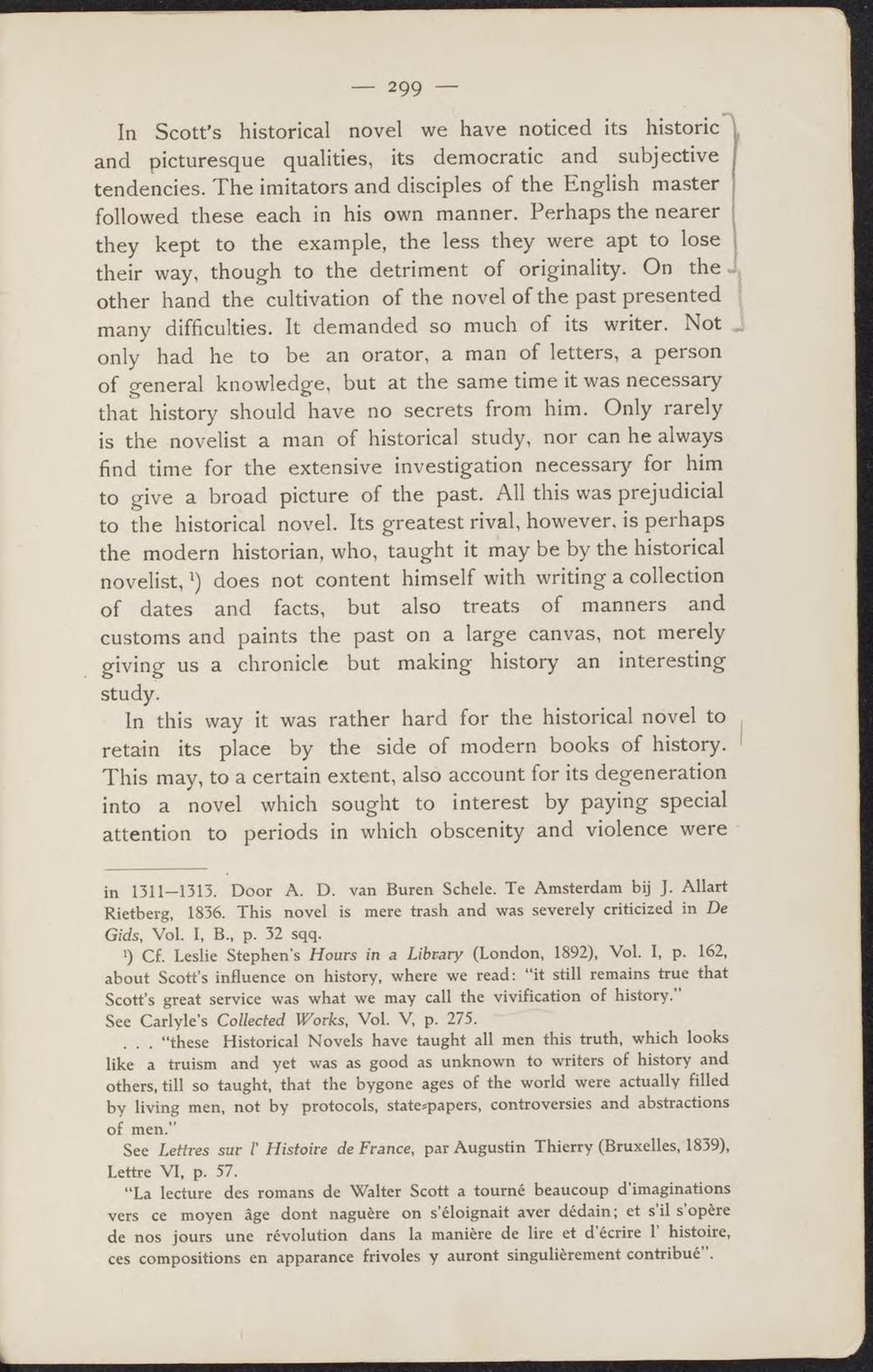 In Scott's historical novel we have noticed its historie | and picturesque qualities, its democratie and subjective tendencies. The imitators and disciples of the English master followed these each in his own manner. Perhaps the nearer they kept to the example, the less they were apt to lose 1 their way, though to the detriment of originality. On theJ other hand the cultivation of the novel of the past presented many diffïculties. It demanded so much of its writer. Not only had he to be an orator, a man of letters, a person of general knowledge, but at the same time it was necessary that history should have no secrets from him. Only rarely is the novelist a man of historical study, nor can he always find time for the extensive investigation necessary for him to give a broad picture of the past. All this was prejudicial to the historical novel. Its greatest rival, however. is perhaps the modern historian, who, taught it may be by the historical novelist,l) does not content himself with writing a collection of dates and facts, but also treats of manners and customs and paints the past on a large canvas, not merely giving us a chronicle but making history an interesting study.

In this way it was rather hard for the historical novel to retain its place by the side of modern books of history. This may, to a certain extent, also account for its degeneration into a novel which sought to interest by paying special attention to periods in which obscenity and violence were

. . . "these Historical Novels have taught all men this truth, which looks like a truism and yet was as good as unknown to writers of history and others, till so taught, that the bygone ages of the world were actually filled by living men, not by protocols, state*papers, controversies and abstractions of men."