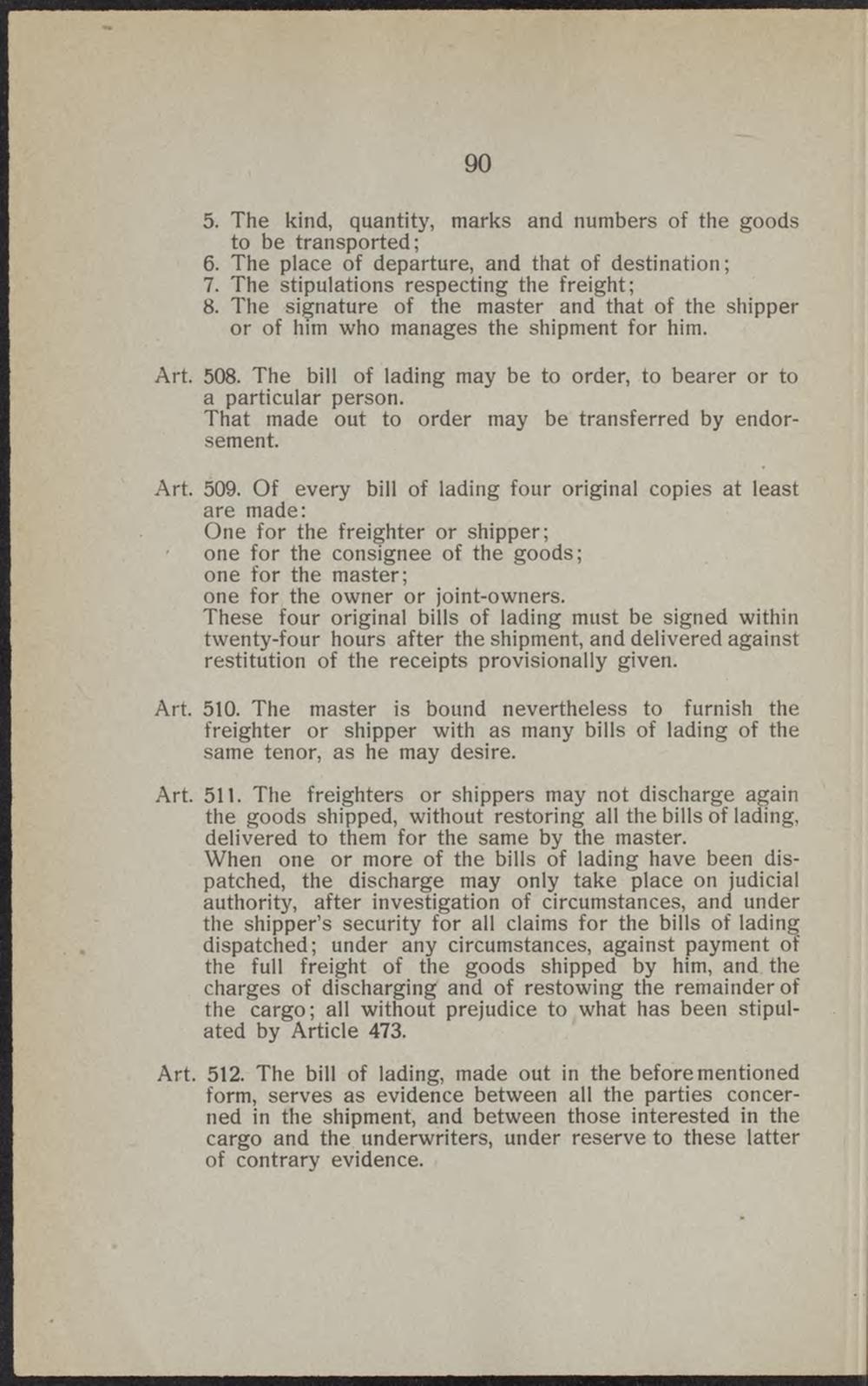 5. The kind, quantity, marks and numbers of the goods to be transported;

6. The place of departure, and that of destination;

7. The stipulations respecting the freight;

8. The signature of the master and that of the shipper or of him who manages the shipment for him.

Art. 508. The bill of lading may be to order, to bearer or to a particular person.

That made out to order may be transferred by endorsement.

Art. 509. Of every bill of lading four original copies at least are made:

These four original bills of lading must be signed within twenty-four hours after the shipment, and delivered against restitution of the receipts provisionally given.

Art. 510. The master is bound nevertheless to furnish the freighter or shipper with as many bills of lading of the same tenor, as he may desire.

Art. 511. The freighters or shippers may not discharge again the goods shipped, without restoring all the bills of lading, delivered to them for the same by the master. When one or more of the bills of lading have been dispatched, the discharge may only take place on judicial authority, after investigation of circumstances, and under the shipper's security for all claims for the bills of lading dispatched; under any circumstances, against payment of the full freight of the goods shipped by him, and. the charges of discharging and of restowing the remainderof the cargo; all without prejudice to what has been stipulated by Article 473.

Art. 512. The bill of lading, made out in the bef ore mentioned form, serves as evidence between all the parties concerned in the shipment, and between those interested in the cargo and the underwriters, under reserve to these latter of contrary evidence.