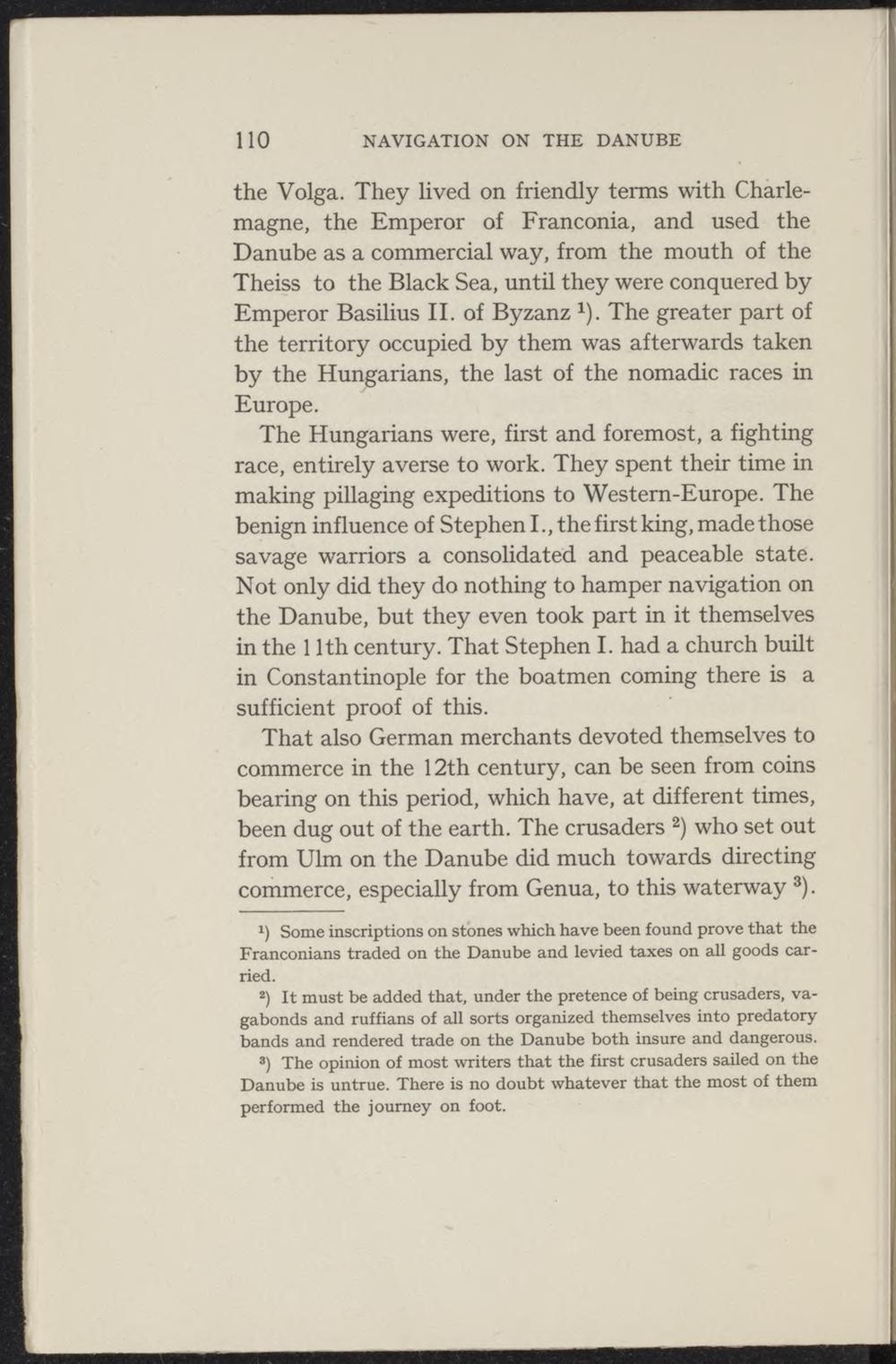 NAVIGATION ON THE DANUBE

the Volga. They lived on friendly terms with Charlemagne, the Emperor of Franconia, and used the Danube as a commercial way, from the mouth of the Theiss to the Black Sea, until they were conquered by Emperor Basilius II. of Byzanz The greater part of the territory occupied by them was afterwards taken by the Hungarians, the last of the nomadic races in Europe.

The Hungarians were, first and foremost, a fighting race, entirely averse to work. They spent their time in making pillaging expeditions to Western-Europe. The benign influence of Stephen I., the first king, made those savage warriors a consolidated and peaceable state. Not only did they do nothing to hamper navigation on the Danube, but they even took part in it themselves in the 1 lth century. That Stephen L had a church built in Constantinople for the boatmen coming there is a sufficiënt proof of this.

That also German merchants devoted themselves to commerce in the 12th century, can be seen from coins bearing on this period, which have, at different times, been dug out of the earth. The crusaders 2) who set out from Ulm on the Danube did much towards directing commerce, especially from Genua, to this waterway 3).

l) Some inscriptions on stönes which have been found prove that the Franconians traded on the Danube and levied taxes on all goods carried.

*) It must be added that, under the pretence of being crusaders, vagabonds and rufhans of all sorts organized themselves into predatory bands and rendered trade on the Danube both insure and dangerous.

*) The opinion of most writers that the first crusaders sailed on the Danube is untrue. There is no doubt whatever that the most of them performed the journey on foot.