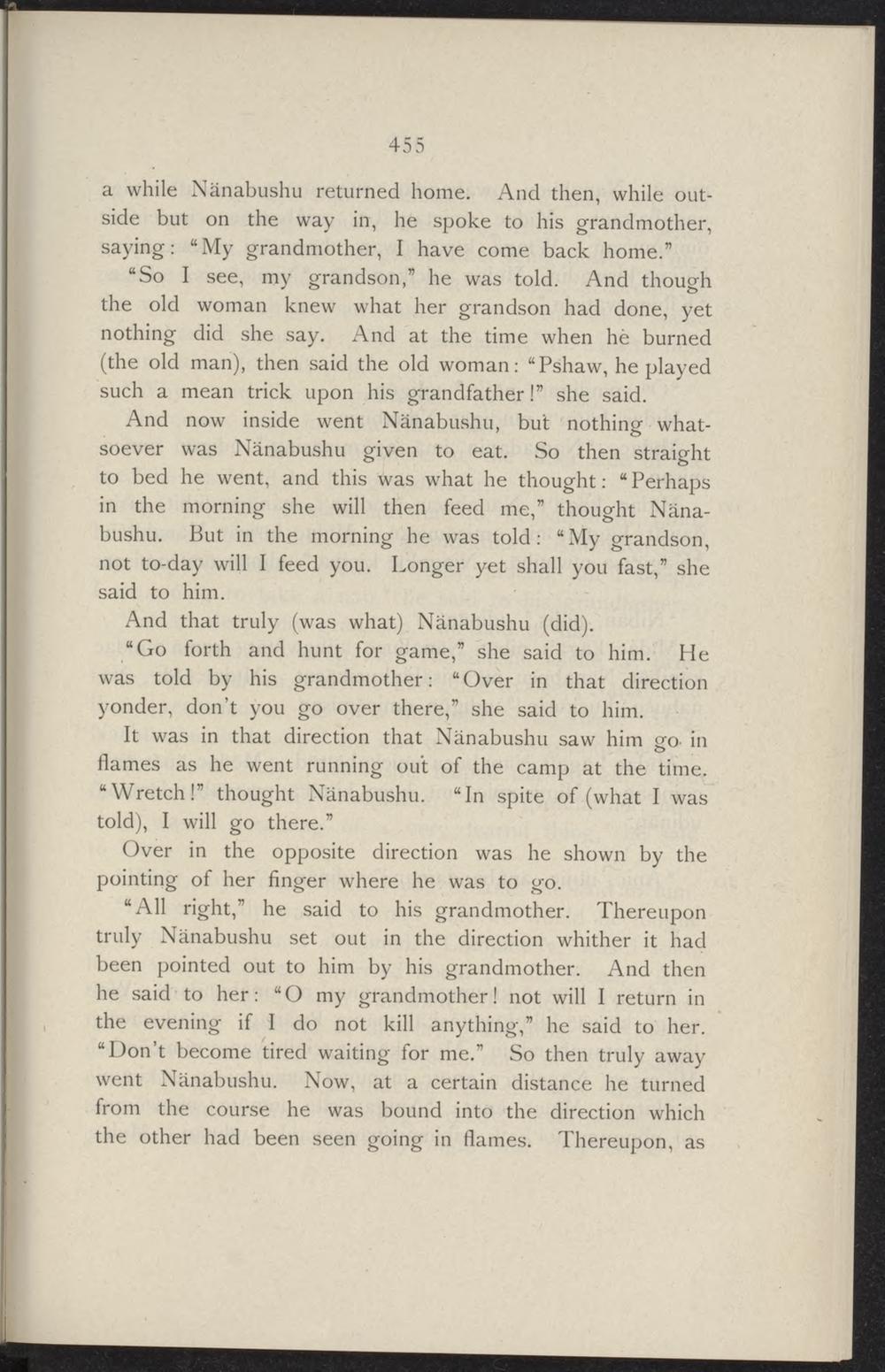 a while Nanabushu returned home. And then, while outside but on the way in, he spoke to his grandmother, saying: "My grandmother, I have come back home."

"So I see, my grandson," he was told. And though the old woman knew what her grandson had done, yet nothing did she say. And at the time when hè burned (the old man), then said the old woman: "Pshaw, he played such a mean trick upon his grandfather!" she said.

And now inside went Nanabushu, but nothing whatsoever was Nanabushu given to eat. So then straight to bed he went, and this was what he thought: "Perhaps in the morning she will then feed me," thought Nanabushu. But in the morning he was told: "My grandson, not to-day will I feed you. Longer yet shall you fast," she said to him.

And that truly (was what) Nanabushu (did).

It was in that direction that Nanabushu saw him go in flames as he went running out of the camp at the time. "Wretch!" thought Nanabushu. "In spite of (what I was told), I will go there."

Over in the opposite direction was he shown by the pointing of her finger where he was to go.