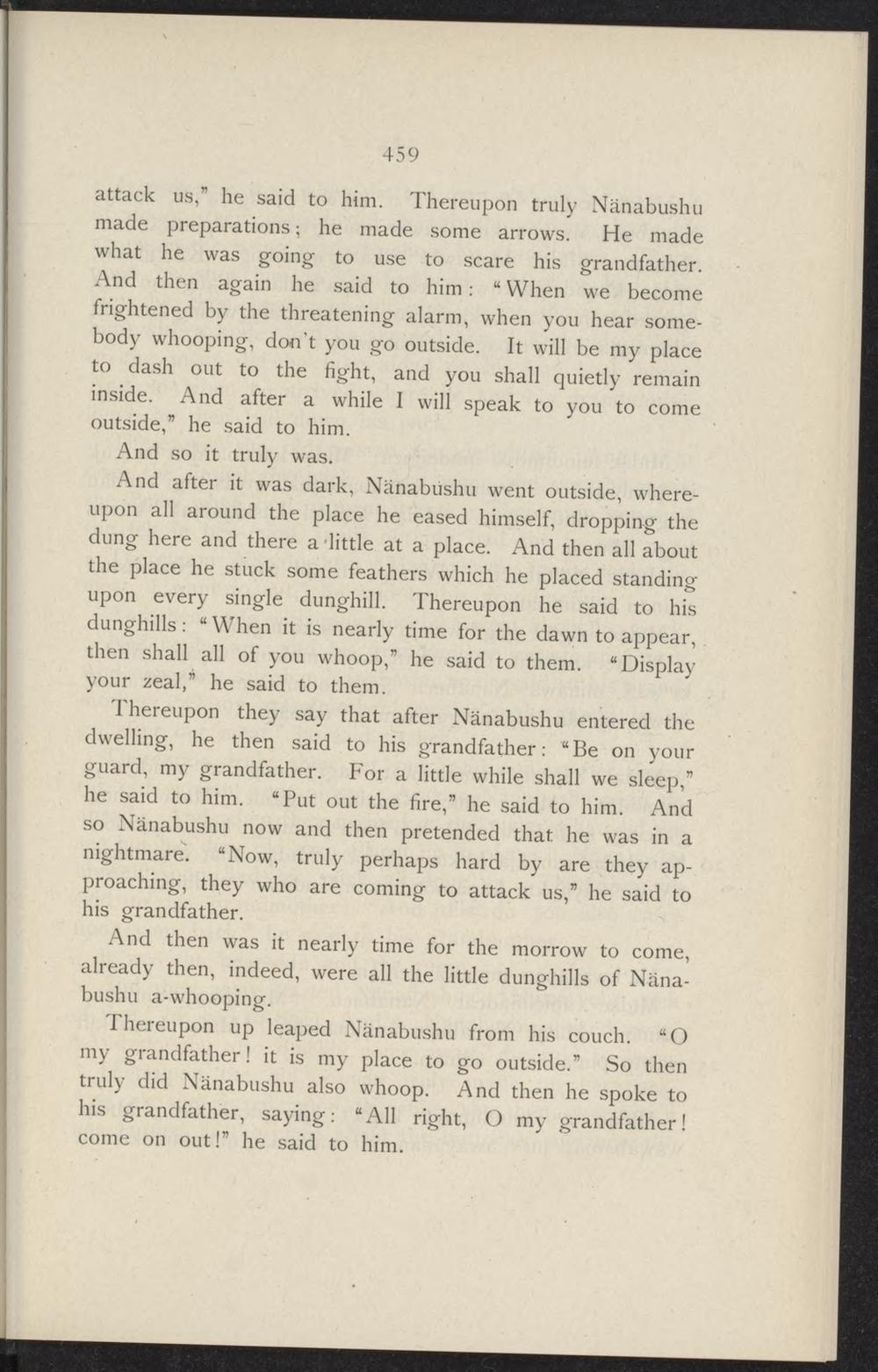 attack us," he said to him. Thereupon truly Nanabushu made preparations; he made some arrows. He made what he was going to use to scare his grandfather. And then again he said to him: "When we become frightened by the threatening alarm, when you hear somebody whooping, don't you go outside. It will be my place to dash out to the fight, and you shall quietly remain inside. And after a while I will speak to you to come outside," he said to him. And so it truly was.

And after it was dark, Nanabushu went outside, whereupon all around the place he eased hirnself, dropping the dung here and there a ■little at a place. And then all about the place he stuck some feathers which he placed standing upon every single dunghill. Thereupon he said to his dunghills: "When it is nearly time for the dawn to appear then shall all of you whoop," he said to them. "Display your zeal," he said to them.

And then was it nearly time for the morrow to come already then, indeed, were all the little dunghills of Nanabushu a-whooping.