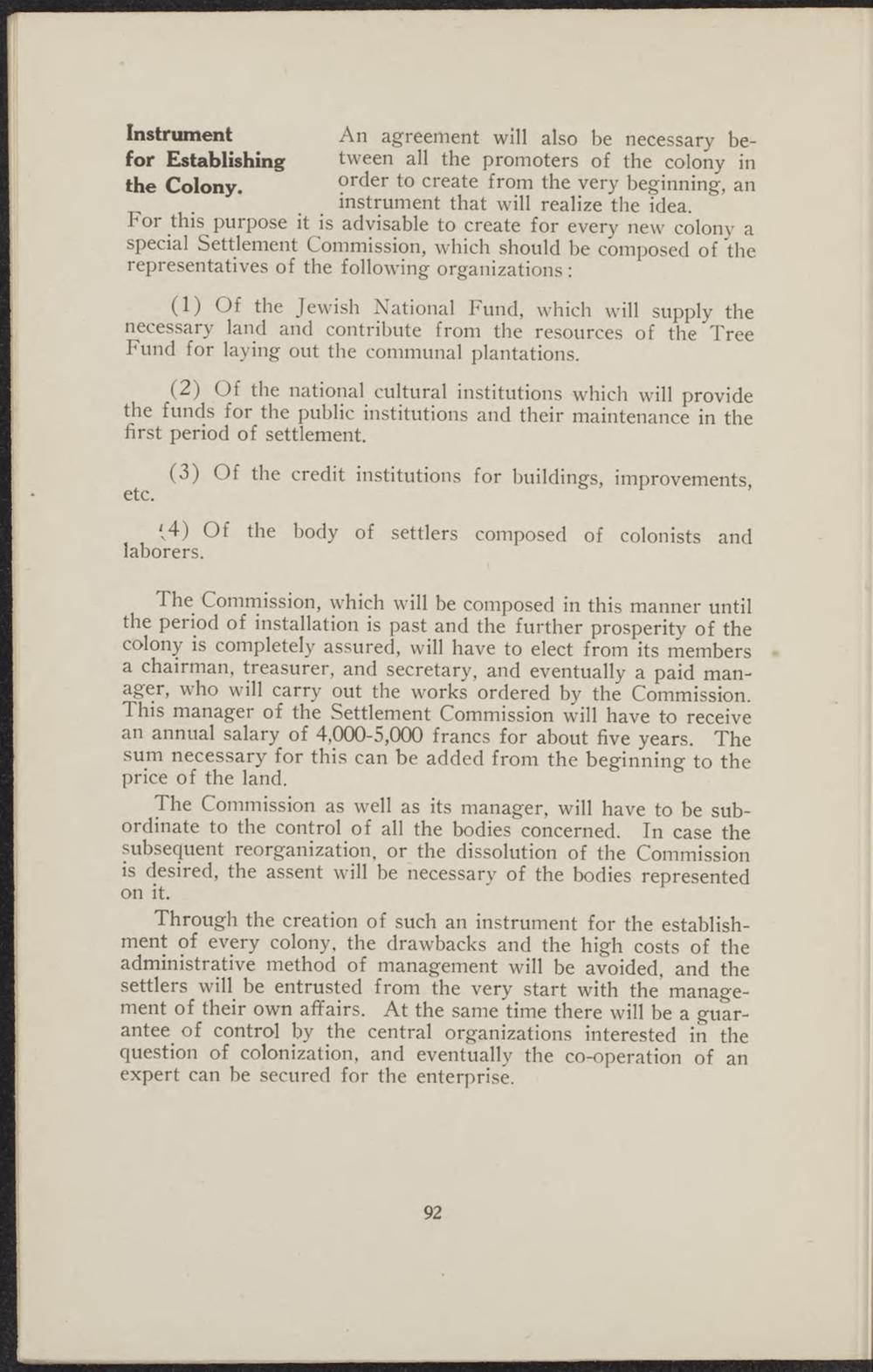 Instrument An agreement will also be necessary be-

for Establishing tween all the promoters of the colony in the Colony. order to create from the very beginning, an

instrument that will realize the idea. For this purpose it is advisable to create for every new colony a special Settlement Commission, which should be composed of the representatives of the following organizations:

(1) Of the Jewish National Fund, which will supply the necessary land and contribute from the resources of the Tree Fund for laying out the communal plantations.

(3) Of the credit institutions for buildings, improvements

',4) Of the body of settlers composed of colonists and laborers.

The Commission, which will be composed in this manner until the period of installation is past and the further prosperity of the colony is completely assured, will have to elect from its members a chairman, treasurer, and secretary, and eventually a paid manager, who will carry out the works ordered by the Commission. This manager of the Settlement Commission will have to receive an annual salary of 4,000-5,000 francs for about five years. The sum necessary for this can be added from the beginning to the price of the land.

The Commission as well as its manager, will have to be subordinate to the control of all the bodies concerned. In case the subsequent reorganization, or the dissolution of the Commission is desired, the assent will be necessary of the bodies represented on it.

Through the creation of such an instrument for the establishment of every colony, the drawbacks and the high costs of the administrative method of management will be avoided, and the settlers will be entrusted from the very start with the'management of their own affairs. At the same time there will be a guarantee of control by the central organizations interested in the question of colonization, and eventually the co-operation of an expert can be secured for the enterprise.