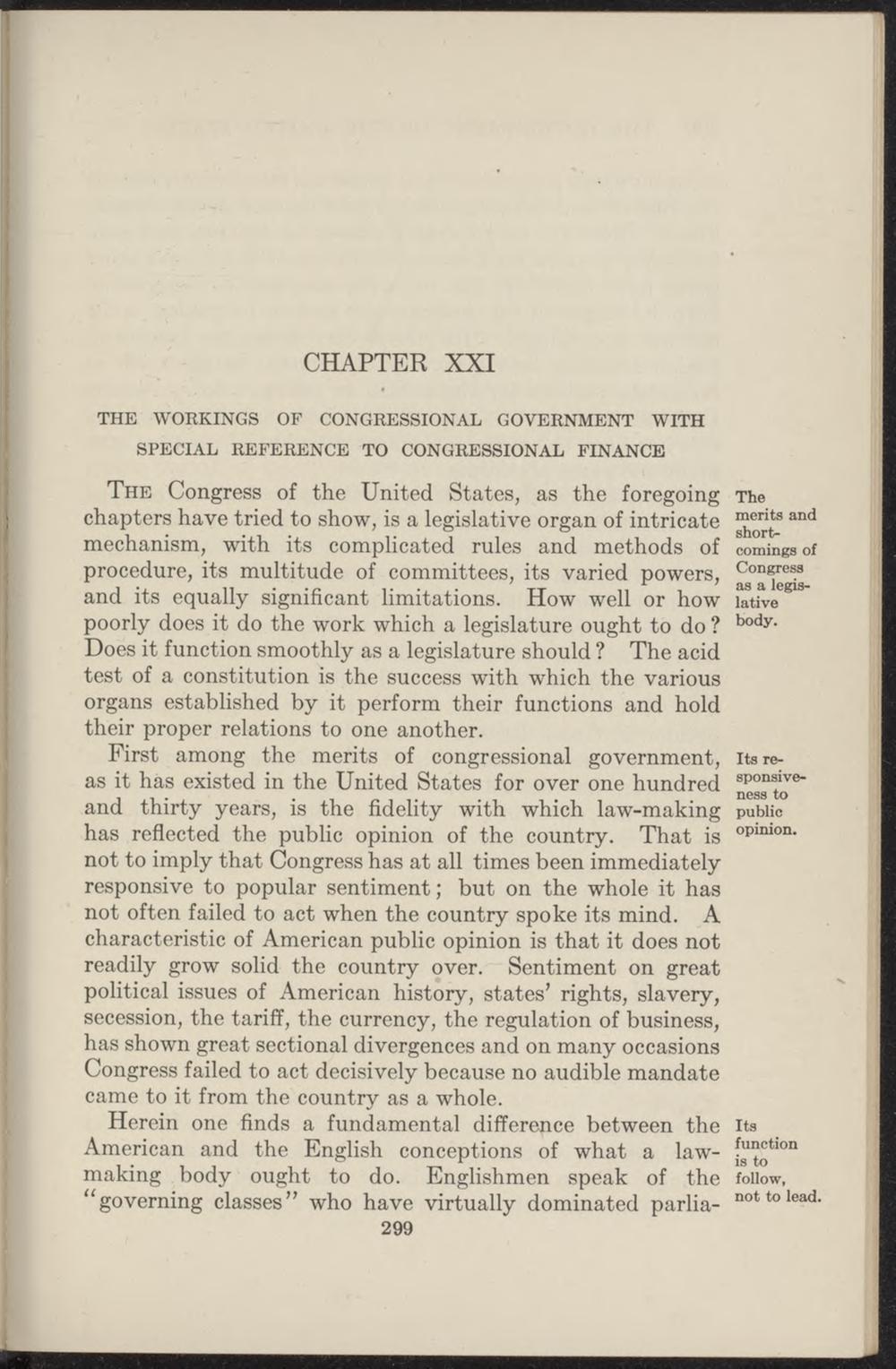 The Congress of the United States, as the foregoing chapters have tried to show, is a legislative organ of intricate mechanism, with its comphcated rules and methods of procedure, its multitude of committees, its varied powers, and its equally significant hmitations. How well or how poorly does it do the work which a legislature ought to do ? Does it function smoothly as a legislature should ? The acid test of a constitution is the success with which the various organs established by it perform their functions and hold their proper relations to one another.

First among the merits of congressional government, as it has existed in the United States for over one hundred and thirty years, is the fidelity with which law-making has reflected the pubhc opinion of the country. That is not to imply that Congress has at all times been immediately responsive to popular sentiment; but on the whole it has not often failed to act when the country spoke its mind. A characteristic of American pubhc opinion is that it does not readily grow solid the country over. Sentiment on great political issues of American history, states' rights, slavery, secession, the tariff, the currency, the regulation of business, has shown great secfional divergences and on many occasions Congress failed to act decisively because no audible mandate came to it from the country as a whole.

Herein one finds a fundamental difference between the American and the English conceptions of what a lawmaking body ought to do. Englishmen speak of the "governing classes" who have virtuahy dominated parlia299

merits and shortcomings of Congress as a legislativebody.

Its responsiveness to public opinion.