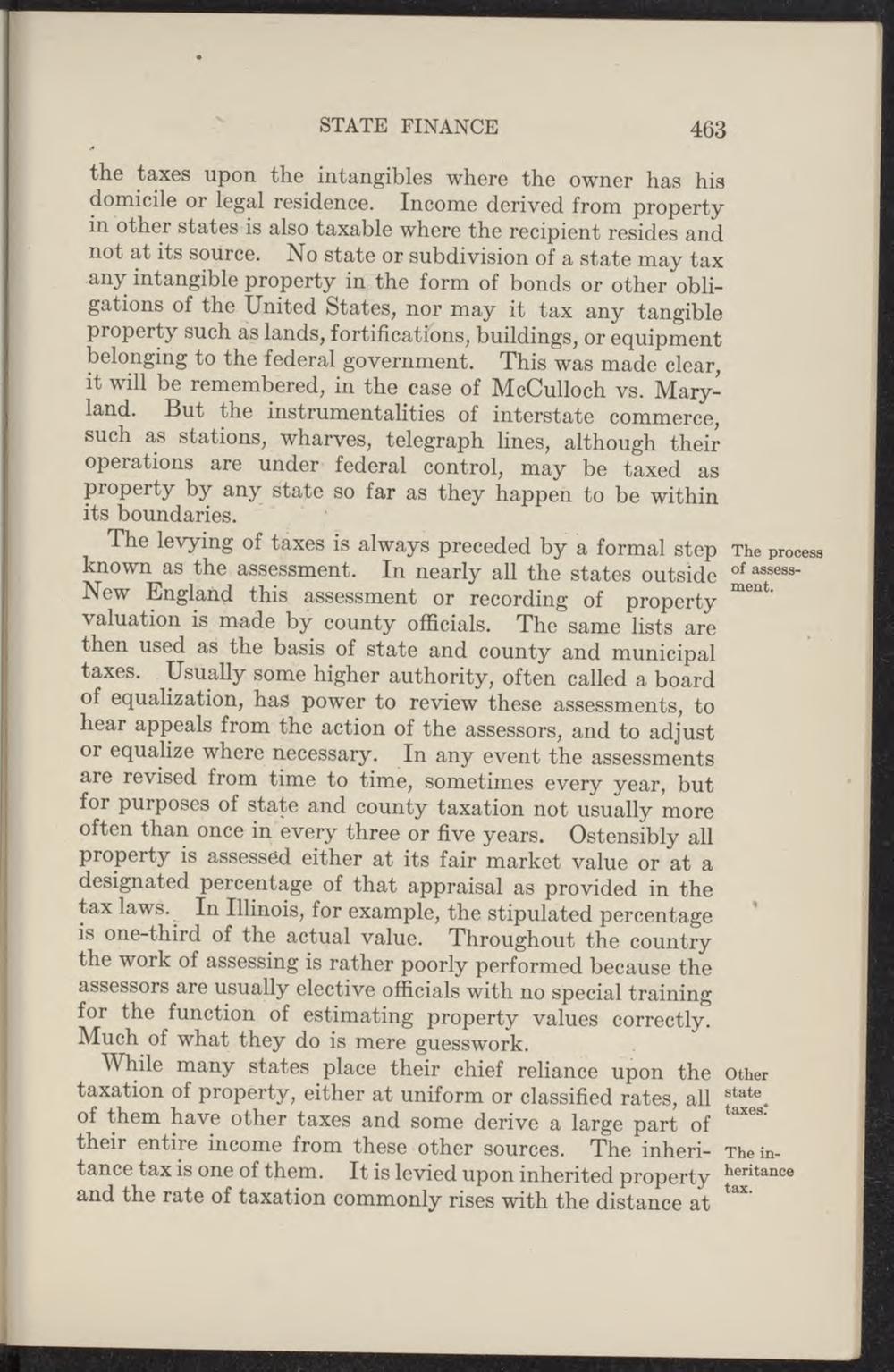 the taxes upon the intangibles where the owner has his domicile or legal residence. Income derived from property in other states is also taxable where the recipiënt resides and not at its source. No state or subdivision of a state may tax any intangible property in the form of bonds or other obhgations of the United States, nor may it tax any tangible property such as lands, fortificatibns, buildings, or equipment belonging to the federal government. This was made clear, it will be remembered, in the case of McCulloch vs. Maryland. But the instrumentalities of interstate commerce, such as stations, wharves, telegraph lines, although their operations are under federal control, may be taxed as property by any state so far as they happen to be within its boundaries.

The levying of taxes is always preceded by a formal step known as the, assessment. In nearly ah the states outside New England this assessment or recording of property valuation is made by county officials. The same hsts are then used as the basis of state and county and municipal taxes. Usually some higher authority, often called a board of equahzation, has power to review these assessments, to hear appeals from the action of the assessors, and to adjust or equahze where necessary. In any event the assessments are revised from time to time, sometimes every year, but for purposes of state and county taxation not usually more often than once in every three or five years. Ostensibly all property is assessed either at its fair market value or at a designated percentage of that appraisal as provided in the tax laws. In Illinois, for example, the stipulated percentage is one-third of the actual value. Throughout the country the work of assessing is rather poorly performed because the assessors are usually elective officials with no special training for the function of estimating property values correctly. Much of what they do is mere guesswork.

While many states place their chief reliance upon the taxation of property, either at uniform or classified rates, all : of them have other taxes and some derive a large part of their entire income from these other sources. The inheritance tax is one of them. It is levied upon inherited property and the rate of taxation commonly rises with the distance at

The process of assessment.