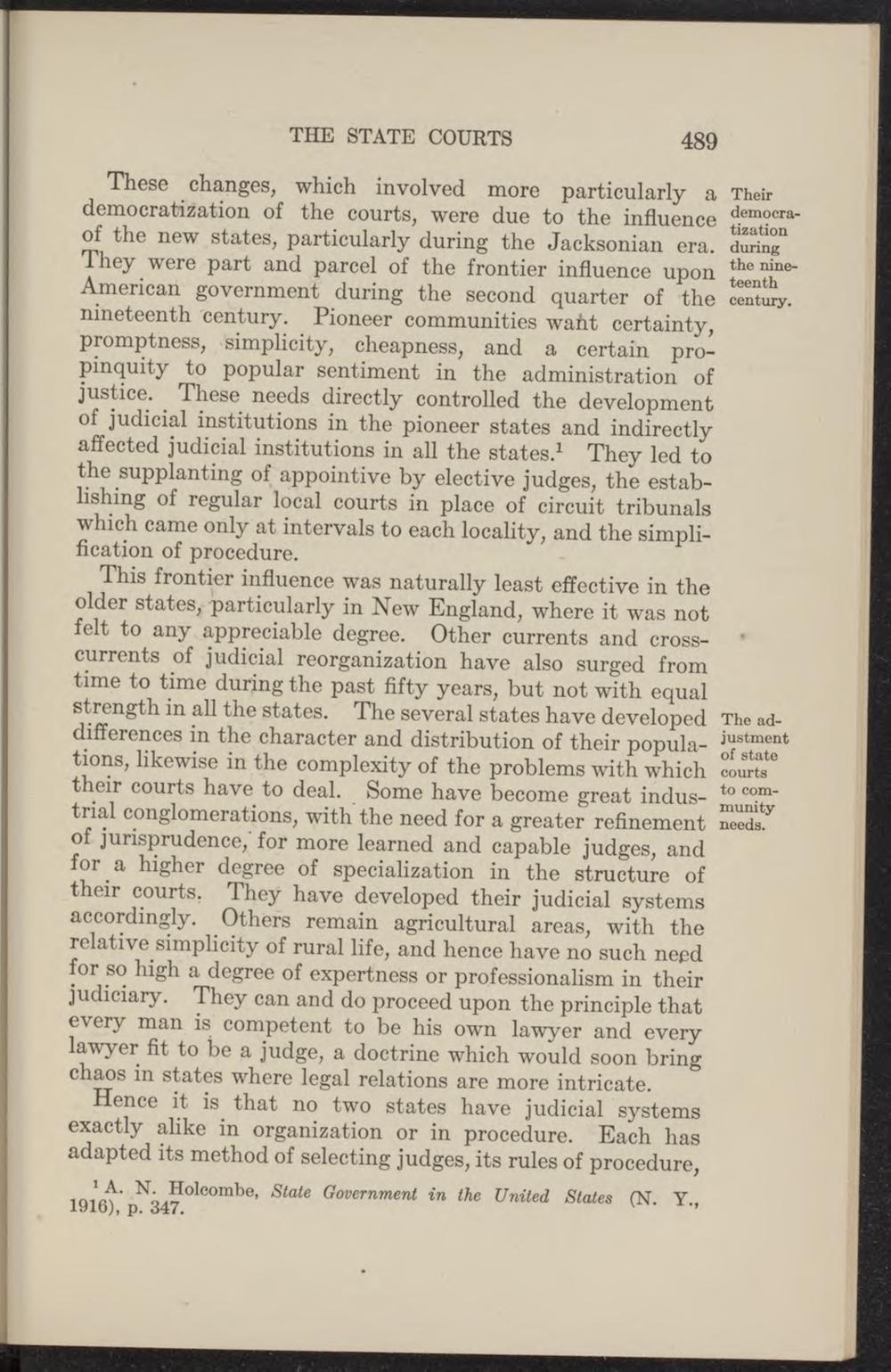 These changes, which involved more particularly i democratöation of the courts, were due to the influence of the new states, particularly during the Jacksonian era. They were part and parcel of the frontier influence upon American government during the second quarter of the nmeteenth century. Pioneer communities want certainty, promptness, 'simphcity, cheapness, and a certain propmquity to popular sentiment in the administration of justice. These needs directly controlled the development of judicial institutions in the pioneer states and indirectly affected judicial institutions in all the states.1 They led to the supplanting of appointive by elective judges, the estabhshing of regular local courts in place of circuit tribunals which came only at intervals to each locality, and the simplification of procedure.

This frontier influence was naturally least effective in the older states, particularly in New England, where it was not feit to any appreciable degree. Other currents and crosscurrents of judicial reorganization have also surged from time to time during the past fifty years, but not with equal strength m all the states. The several states have developed differences in the character and distribution of their populations, likewise in the complexity of the problems with which their courts have to deal. Some have become great industrial conglomerations, with the need for a greater refinement of jurisprudence, for more learned and capable judges, and for a higher degree of specialization in the structure of their courtsT They have developed their judicial systems accordingly. Othèrs remain agricultural areas, with the relative simpHcity of rural life, and hence have no such need lor so high a degree of expertness or professionalism in their judiciary. They can and do proceed upon the principle that every man is competent to be his own lawyer and every lawyer fit to be a judge, a doctrine which would soon bring chaos in states where legal relations are more intricate.

Hence it is that no two states have judicial systems exactly ahke in organization or in procedure. Each has adapted its method of selecting judges, its rules of procedure,