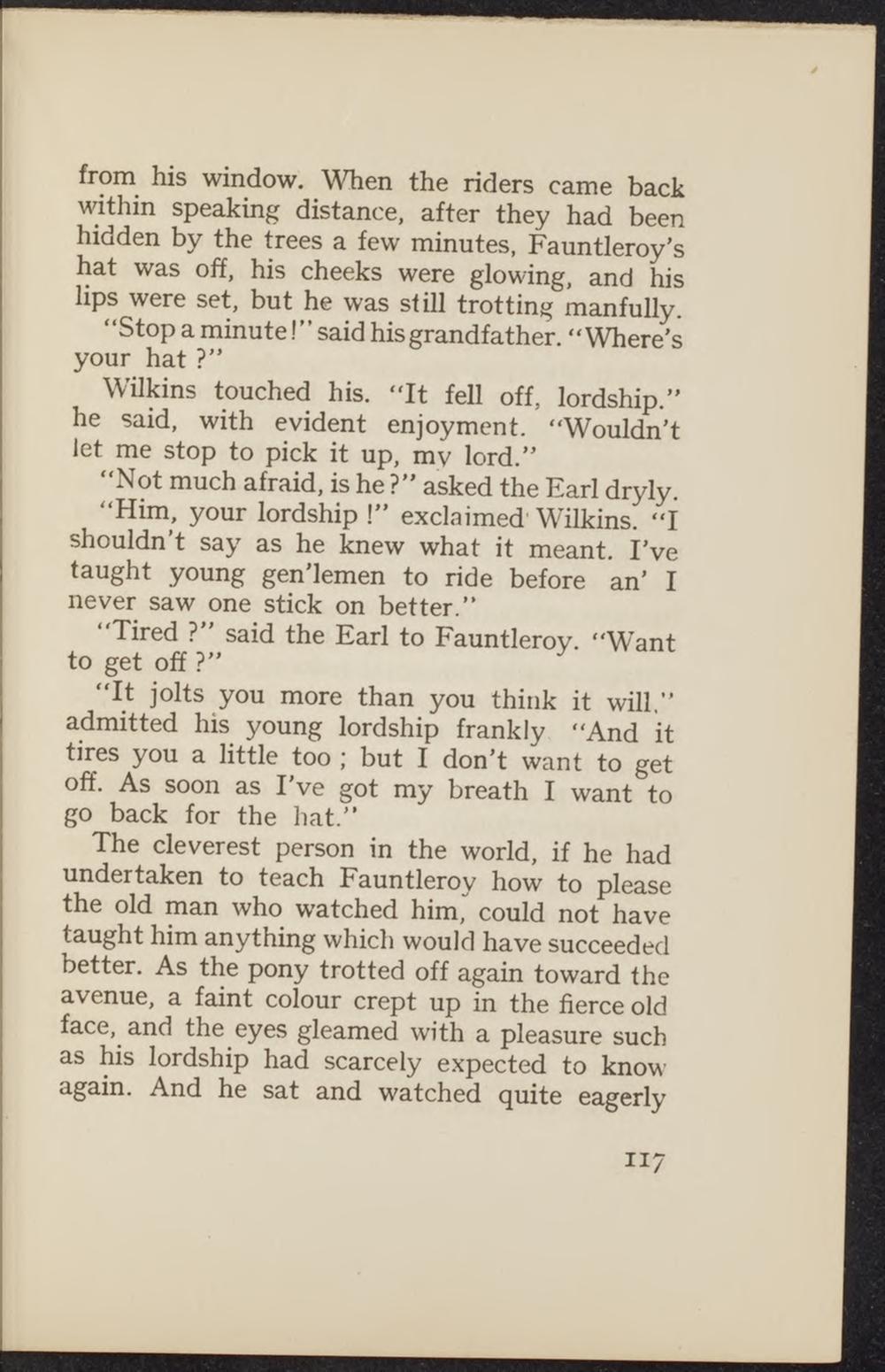 from bis window. When the riders came back within speaking distance, after they had been bidden by the trees a few minutes, Fauntleroy's hat was off, his cheeks were glowing, and his lips were set, but he was still trotting manfully.

"Stop a minute!" said his grandfather. "Where's your hat ?"

Wilkins touched his. "It feil off, lordship." he said, with evident enjoyment. "Wouldn't let me stop to piek it up, my lord." "Not much afraid, is he ?" asked the Earl dryly. "Him, your lordship !" exclaimed' Wilkins. "I shouldn't say as he knew what it meant. I've taught young gen'lemen to ride before an' I never saw one stick on better."

"It jolts you more than you think it will," admitted his young lordship frankly "And it tires you a little too ; but I don't want to get off. As soon as I've got my breath I want to go back for the hat."

The cleverest person in the world, if he had undertaken to teach Fauntleroy how to please the old man who watched him, could not have taught him anything which would have succeeded better. As the pony trotted off again toward the avenue, a faint colour crept up in the fierce old face, and the eyes gleamed with a pleasure such as his lordship had scarcely expected to know again. And he sat and watched quite eagerly