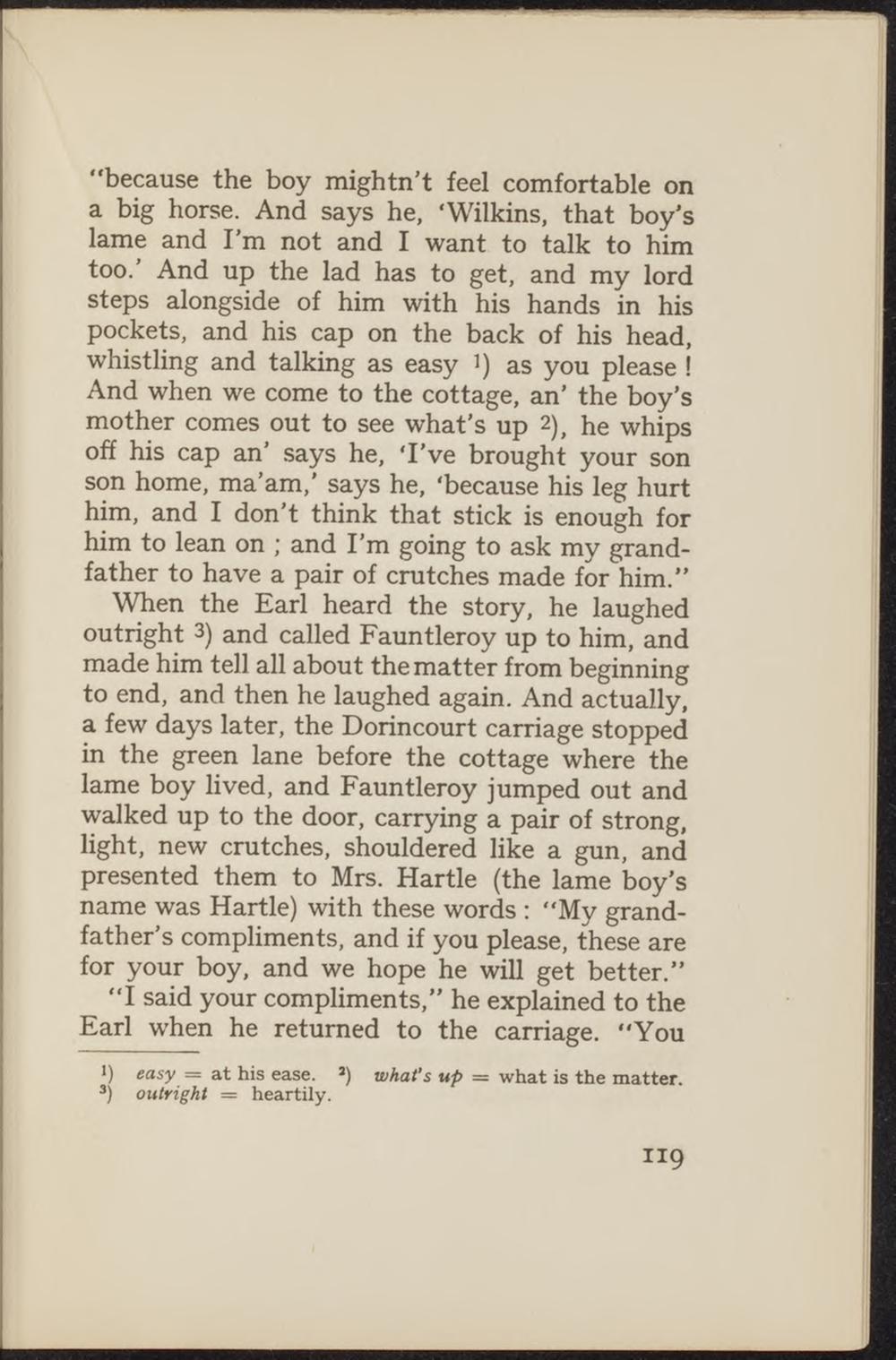 "because the boy mightn't feel comfortable on a big horse. And says he, 'Wilkins, that bo/s lame and I'm not and I want to talk to him too.' And up the lad has to get, and my lord steps alongside of him with his hands in his pockets, and his cap on the back of his head, whistling and talking as easy i) as you please ! And when we come to the cottage, an' the boy's mother comes out to see what's up 2), he whips off his cap an' says he, 'I've brought your son son home, ma'am,' says he, 'because bis leg hurt him, and I don't think that stick is enough for him to lean on ; and I'm going to ask my grandfather to have a pair of crutches made for him."

When the Earl heard the story, he laughed outright 3) and called Fauntleroy up to him, and made him teil all about the matter from beginning to end, and then he laughed again. And actually, a few days later, the Dorincourt carriage stopped in the green lane before the cottage where the lame boy lived, and Fauntleroy jumped out and walked up to the door, carrying a pair of strong, light, new crutches, shouldered like a gun, and presented them to Mrs. Hartle (the lame boy's name was Hartle) with these words: "My grandfather's compliments, and if you please, these are for your boy, and we hope he will get better."

"I said your compliments," he explained to the Earl when he returned to the carriage. "You