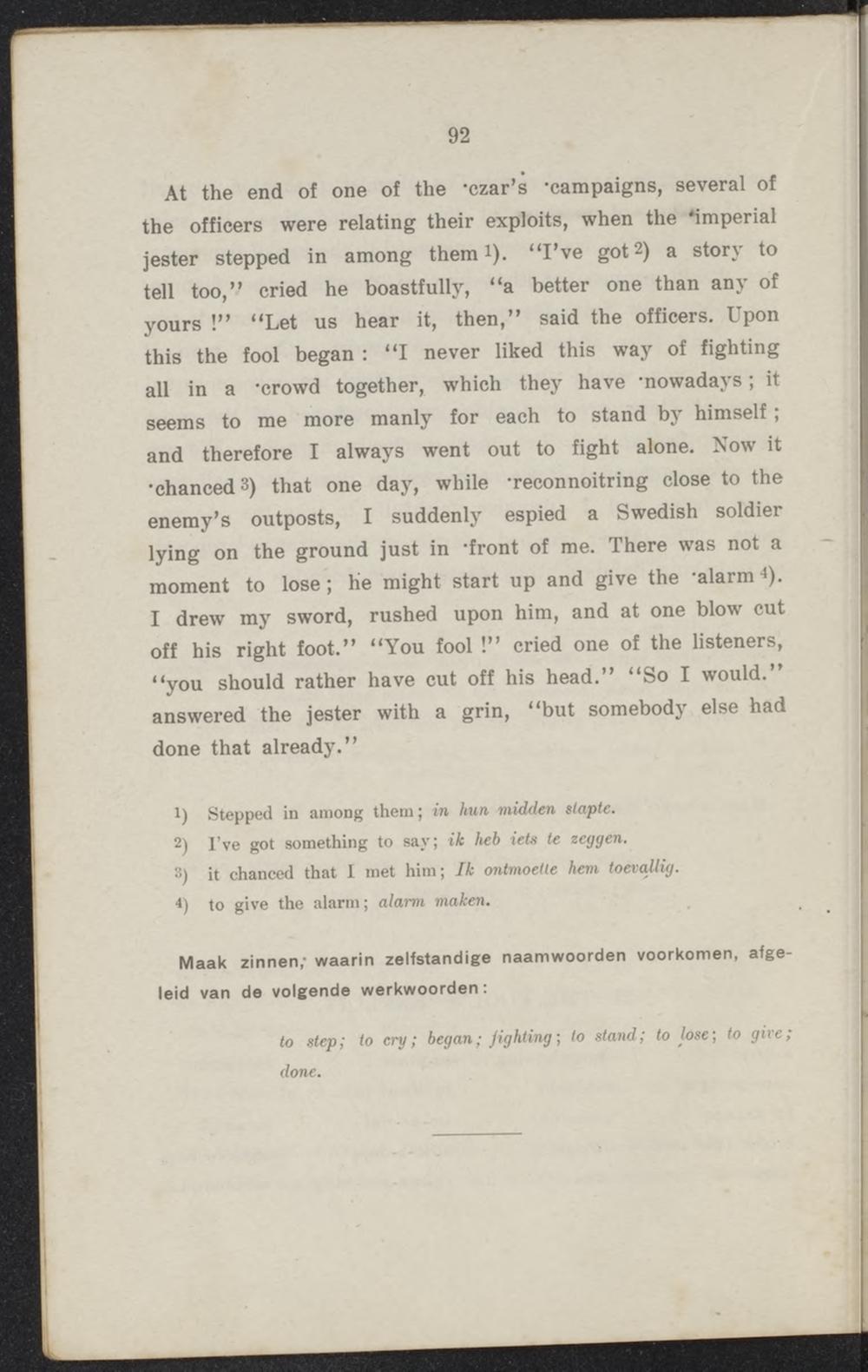 At the end of one of the -czar's -campaigns, several of the offieers were relating their exptoits, when thé '«imperial jester stepped in among themi)- "I'™ g°t2) a stor>' to teil too,'' cried he boastfully, "a better one than any of yours !" "Let us hear it, then," said the offieers. Upon this the fooi began : "I never liked this way of fighting all in a -crowd together, which they have nowadays; it seems to me more manly for each to stand by himself; and therefore I always went out to fight alone. Now it •chancedS) that one day, while •reconnoitring close to the enemy's outposts, I suddenly espied a Swedish soldier lying on the ground just in -front of me. There was not a moment to lose; He might start up and give the -alarm*). I drew my sword, rushed upon him, and at one blow cut off his right foot." "You fooi!" cried one of the listeners, "you should rather have cut off his head." "So I would." answered the jester with a grin, "but somebody else had done that already."

1) Stepped in among them; in hun midden slapte.

2) I've got something to say; ik heb iets te zeggen.

3) it chanced that I met him; Ik ontmoette hem toevallig. *) to give the alarm; alarm maken.

to step; to cry; began; jighting; to stand; to lose; to give; done.